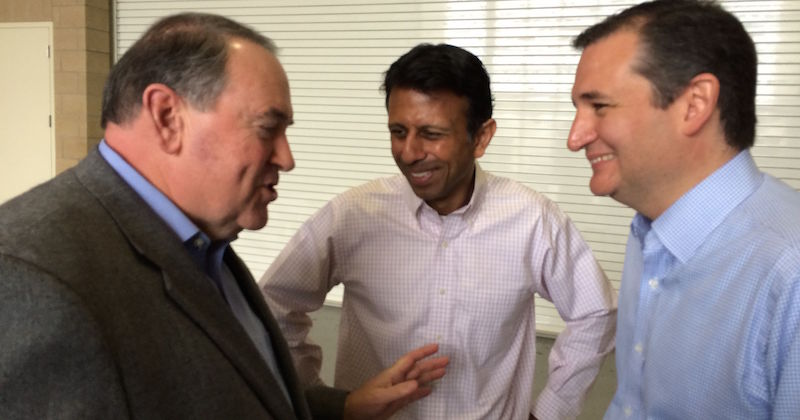 Candidates engaged in a question and answer session with Swanson who during a speech declared he would smear cow dung over his body to protest a gay couple’s wedding and urged the government to execute gays who do not repent.

Other speakers at the conference also called for the death penalty for ‘homosexual behavior.’ Literature advocating a strategic plan for rounding up, stoning and throwing LGBT people off cliffs or executing them was distributed.

Swanson on LGBT people (according to Right Wing Watch):

MSNBC’s Rachel Maddow reported on the rally. “It really was a ‘kill-the-gays’ call to arms,” Maddow said. “This was a conference about the necessity of the death penalty as a punishment for homosexuality.”

The candidates will participate in a Fox Business debate tonight and many are calling on moderators to press them on their views.

“I don’t know if that (attending a “kill the gays” rally) is considered to be a scandal anymore in Republican politics,” Maddow said.