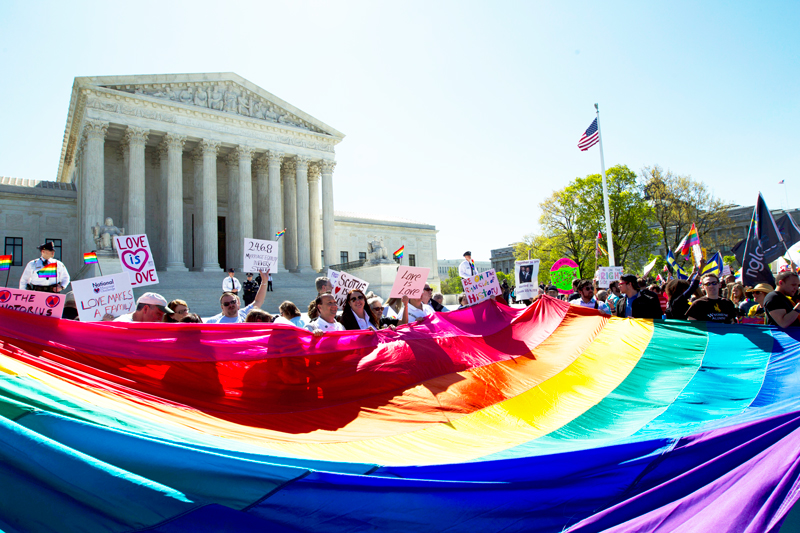 BY CHARLES KAISER  |  “prTyfun4now: online means I’m looking.”  It’s a typical screen name attached to a typical invitation, a cliche found on every gay pick-up site in America, as any gay man even slightly acquaintanced with the rituals of online mating can confirm.  What an exciting world we live in, where a single uppercase letter can summon you into a whole universe of affiniTy, and catasTrophe.  I don’t know how the UpperCase code began, but on sites like Grindr, Scruff, Manhunt or A4A the capital T has come to signal a desire to fuck for hours and hours (and often days and days)  propelled by the fateful fuel of methamphetamine–a cloud of smoke that for many is the most exciting, and for everyone,  the most destructive recreational drug of our time.

We live in an extraordinary era, the product of fifty years of astonishing progress.   None of us who were sentient in 1970 ever imagined that we could get this far so fast.  Now we are Congressmen and Senators, doctors and lawyers, movie directors and psychiatrists, pediatricians, a Secretary of the Army (designate)  and a thousand other things that no openly gay person could realistically aspire to back then. As recently as 2001, homosexual acts were still criminal in most American states. In 1989, at the height of the AIDS crisis,  Time Magazine ran a story wondering if there would be any gay community left in the United States by the time the epidemic was over.

Today in America and dozens of other Western nations, most gay, lesbian, bi-sexual, transgender and questioning people under thirty take our new status utterly for granted.  Younger men and women almost never pause to notice that we enjoy the greatest acceptance and prosperity our tribe has ever known, in the entire history of Western Civilization.

And yet, despite all this progress, a remarkable self destructiveness still afflicts hundreds of thousands of the best and the brightest among us. Once upon a time, we could plausibly blame this kind of behavior on the oppression of the rest of society. Now, not so much.   How is it possible that meth is the one thing in the world that straight people are so much smarter about than gay men? How did it become a symbol of glamor and youth for some of us, and a badge of stupidity and poverty for all of them, which is exactly what it should be.  How did a scourge that’s already flattened whole stretches of rural Appalachia and countless small towns in working class America, become so desirable for such supposedly sophisticated gay men in smart urban neighborhoods across the country?

It’s mostly about sex of course.  I asked one of the smartest people I know, who is also a former meth user, and one of my closest friends,  to describe his experience of sex on meth.  This is what he wrote:

“This is a very tricky subject for me.  I avoid even thinking about it for fear of getting sucked back into the horrible trap of feeling like it would be fun to do it again.  It was fun, for a couple of hours, but the price I always paid was very high–I usually got quite sick afterwards, and even in the best case, I lost a solid 24 – 48 hours after it was over. It’s like super-powered cocaine, in a way, and lasts much. much longer. It obliterates all resistance and inhibition, and seems to increase sensitivity around the sex organs, both ass and cock.  The brain is being chemically ordered to feel pleasure, and the pleasure is extreme.  You feel very powerful, energetic, sexy, horny, and always on the wild edge of bliss.  It’s very easy to enter into and stay within a mindset that is completely sexualized and focused–that’s why porn is so much a part of the experience, that IS the world you’re living in.  Having sex on crystal can feel like it’s the best sex you’ve ever had, even though for me there’s always a foretaste of the crash that waits like death at the end of what you know can only be a few hours–or a few days at most–of ecstasy.

I hate talking about this, because talking about it reminds me of the crash without the pleasure.  It’s horrifying and deadly, and even the sex seems terrible somehow–painfully too good to be true, dangerously, wickedly exciting.  When crystal comes to mind now, I think about Hannah Arendt’s advice to a young student: Read good books and avoid excitement.”

And the great part about it is–you won’t lose your teeth, your job, or, sometimes, your life until many months or even a few years later!  But you know you’re in trouble when a whole episode of Law and Order (SVU) focuses on the murder of an AIDS-promoting gay meth dealer.

Gay men live in a culture that reveres sex and abhors most taboos.  That’s partly because gay culture’s first and most important accomplishment was to overturn one of the greatest taboos of the Judaeo-Christian era.  But once that was lifted, millions of us became taboo-phobic, a syndrome that was most disastrously apparent at the onset of the AIDS epidemic.   At a time when we were literally “fucking ourselves to death,” in Larry Kramer’s memorable phrase, the most sensible people were the ones subjected to the worst vitriol.   In 1982, a prominent New York doctor named Dan William was denounced as a “monogamist…stirring panic” just because he suggested posting signs in bath houses warning of the dangers of promiscuous sex.   The following year Kramer wrote, “our continued existence as gay men upon the face of the earth is at stake.  Unless we fight for our lives, we shall die.”  And yet most people still refused to listen.

Eventually, because of people like Kramer, and institutions like Gay Men’s Health Crisis, and ACT UP, the epidemic produced a transformational event in gay culture: the moment when millions of gay men, united with millions of lesbians, finally shifted their focus from self-gratification to a battle for survival. This in turn built all the gay institutions that eventually produced the magnificent victories that we are enjoying today.

To confront the scourge of meth, we need another transformational moment.   We must recognize that websites that not only glamorize meth use but actually allow dealers to advertise their wares (read Henry Scott’s excellent piece) may not be violating any statute but are certainly committing a crime against our community.   Anyone who does anything to make meth look like a normal feature of our lives is committing a crime against our humanity. Of course the determined users will always find a way to get their fix.  But why should young men in particular be inundated by an online world where Meth is not only accepted but even celebrated?

The combination of Prep and Meth offers a dangerous illusion of invulnerability.

Prep seems to be extremely effective at preventing HIV infection if taken religiously, every day.   But how many people will remember to take that pill in the middle of a speed-fuelled, week-long binge?

“I don’t care what pills you’re taking–I’m wearing a condom:”  Those are the online profiles I admire.

As I wrote many years ago in an essay on unsafe sex that was published in QW and later reprinted in The New York Times, “The first duty of every revolutionary is to stay alive.”  Today I am still longing for a culture of life, in which every one of us is fighting for each other’s survival–instead of acquiescing in a culture of hedonism untouched by the slightest hint of social responsibility.  I bow to no one is my enthusiasm for a culture of sex drugs and rock and roll.   But I also believe with all my heart that crazy, amazing sex is not only possible but better with condoms and without meth.

In just half a century we have made incredible progress in transforming the way we are treated by the rest of society.   But all of that progress will be hollow, until we also manage to transform the way we treat ourselves.

Charles Kaiser is the author of The Gay Metropolis, the landmark history of gay life in America, 1968 in America, and, most recently, The Cost of Courage.  Read a recent review of his new book in The Washington Post.