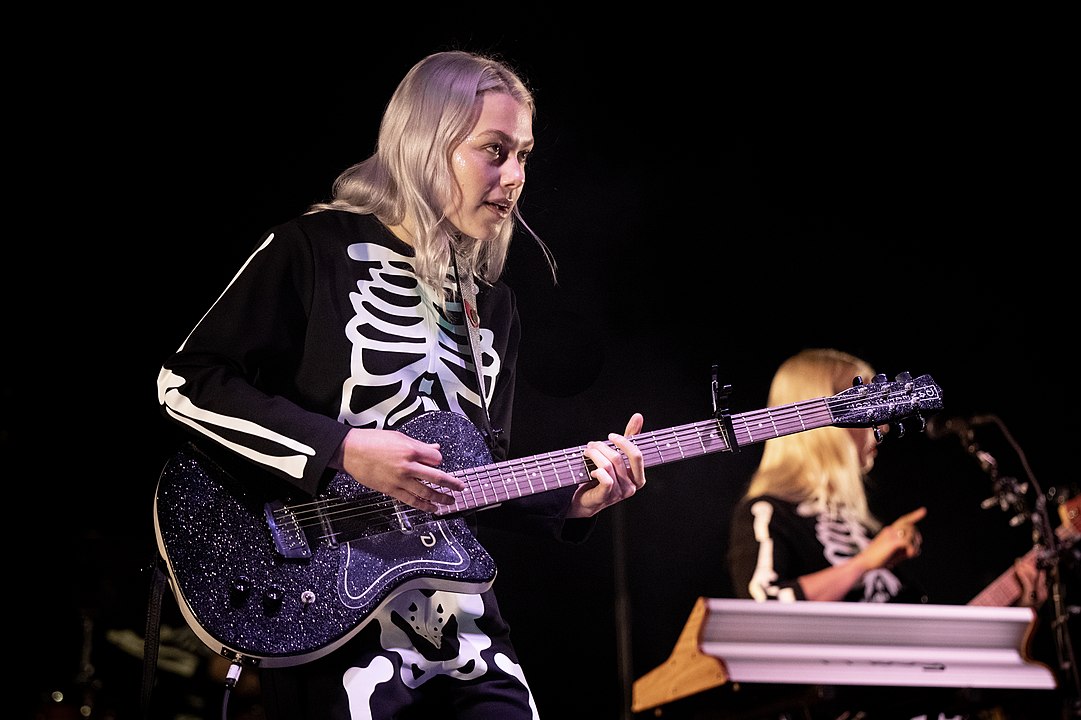 Singer-songwriter Phoebe Bridgers released a cover of the Handsome Family’s song “So Much Wine” from 2000.

This year, the proceeds of that song will go to the Los Angeles LGBT Center.

Bridgers anchors the “So Much Wine” cover with her signature folksy acoustic guitar against her vulnerable, empathetic vocals that match the sorrowful lyrics of the song, written by Rennie Sparks of the Handsome Family, according to the Los Angeles Times.

“I had nothing to say on Christmas Day / When you threw all your clothes in the snow.”

In the chorus she pleas,

“Listen to me, butterfly / There’s only so much wine / That you can drink in one life / But it will never be enough / To save you from the bottom of your class.”

Bridger’s boyfriend, Paul Mescal, from “Normal People” is featured in the background vocals of the track, along with fiddle and whistling from multi-instrumentalist Andrew Bird.

Since 2017, Bridgers has committed the proceeds of her annual holiday covers to nonprofit organizations.

In 2019, she covered Simon and Garfunkel’s 1966 song “7 O’Clock News/Silent Night” over news-radio programming of current events at the time, including abortion access, the opioid epidemic and the murder of Botham Jean, a Black man who was shot and killed inside his own apartment by a white, off-duty Dallas Police Department patrol officer named Amber Guyger, according to the LA Times.

“Happy Holidays to everyone whose family has been literally or figuratively torn apart by Donald Trump. And to my racist, xenophobic, misogynistic, hypocritical family members, f— you.”