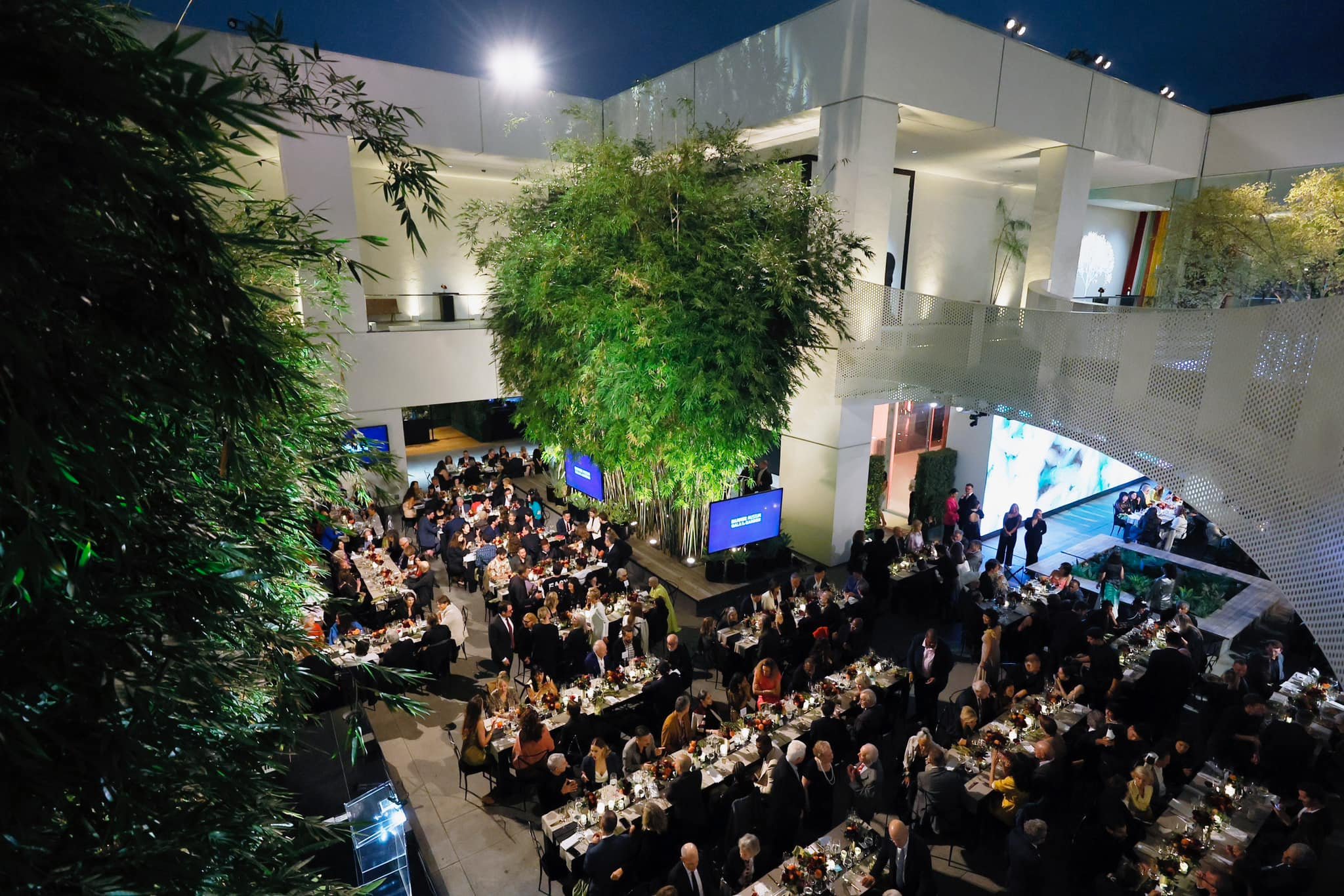 Hammer Museum held its first gala since 2019 with three new exhibitions dedicated to the power of activism and art.

The exhibitions “Picasso Cut Paper,” “Joan Didion: What She Means” and “Bob Thompson: This House is Mine” celebrated the core values of the museum.

“Embedded in the DNA of the Hammer are the twin engines of art and activism,” Hammer Director Ann Philbin told the Los Angeles Times.

Honoring Charles Gaines, artist and CalArts educator, and Chase Strangio, a transgender rights litigator and deputy director for transgender justice with the ACLU’s LGBTQ & HIV Project, the gala raised $2.2 million, according to the LA Times.

Thompson died at age 28 held a brief career that examined themes of justice and bearing witness.

Thompson, who died at 28, had a brief, prolific career that examined themes of justice and bearing witness. “I like to think about different ways that we can disrupt the violent systems of power and connect with people who care about telling artistic and creative stories,” Strangio said during the cocktail party.

Domingo, was moved by Didion’s “Goodbye to All That” on the wall.

“This one stopped me because this is one of my favorite quotes,” Domingo said, recalling his transition from New York to Los Angeles.

“All I mean is that I was very young in New York, and that at some point the golden rhythm was broken, and I am not that young anymore,” he said

Martin Creed attended the gala wearing a suit made by “adapting clothes” and said, “If you feel like a fool, you should dress like a fool.”

While curated Philbin opened the show on a personal note, she said she was expelled from the University of New Hampshire in the early 1970s for starting a gay student organization on campus. While they won the battle in the U.S. Supreme Court, that fight is still being fought today.

“The fight is long from done,” she said. “But we are very fortunate to have warriors like Chase [Strangio] and the ACLU on the frontlines.”

Cox then took stage and introduced Strangio, praising his “unconditional love for trans and queer people.”

“This has been an unprecedented year for any trans legislation at the state level,” Cox said. “Over 250 pieces of anti-trans legislation were introduced this year alone, and far too many bills signed into law, and Chase, the ACLU and others are challenging in our very conservative court.”

Closing the night was the band Gabriels that made the audience stand tall. Bowers then closed with a sentiment to Gaines for going so long without being recognized.

“Nobody deserves it more than Charles [Gaines] and he has so long gone unrecognized,” Bowers said. “He was in his early 50s before he had a career, and he educated and changed the lives of so many of us, so to see him honored makes me think the world’s going to be OK.”