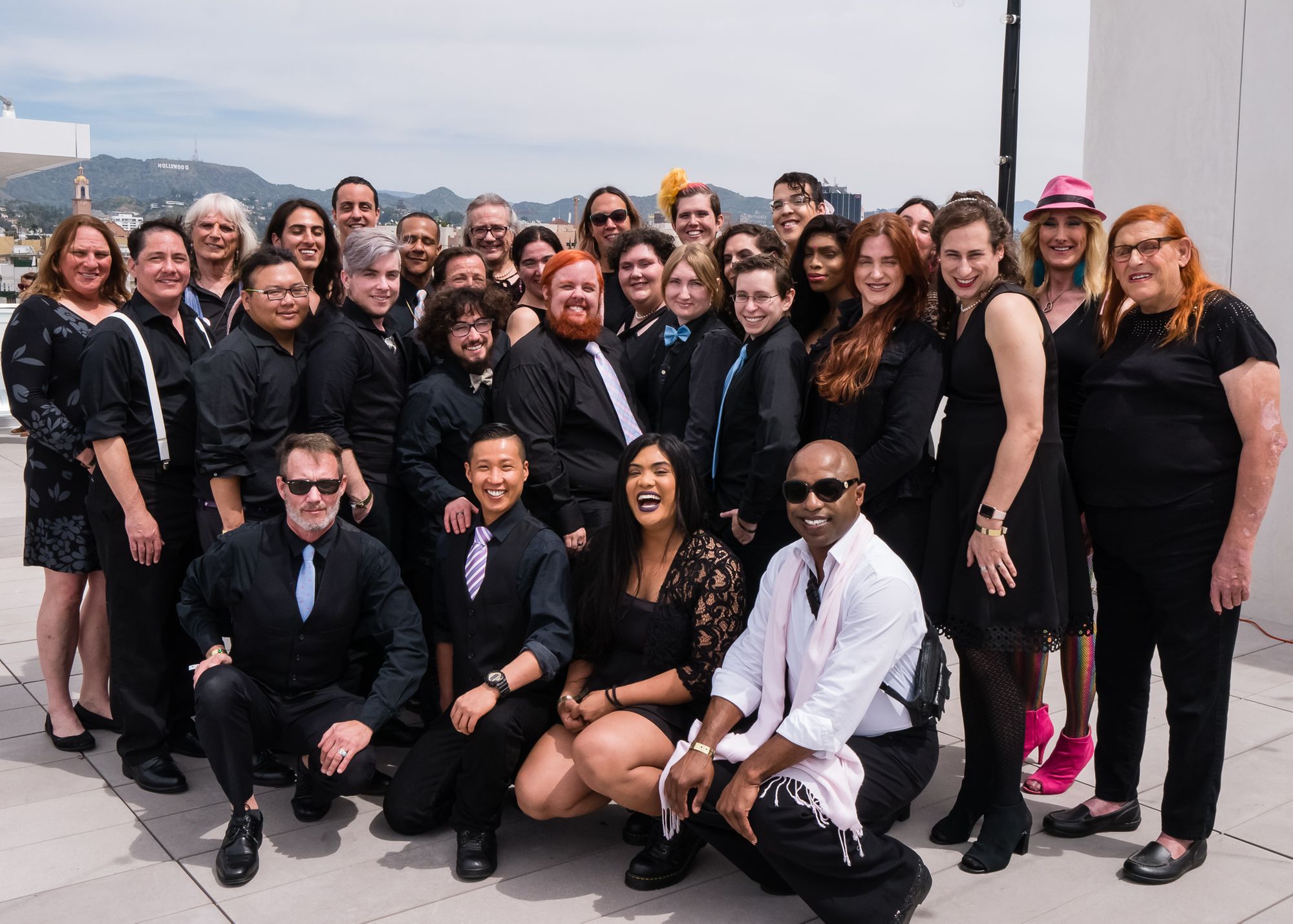 The Trans Chorus of Los Angeles is lifting its voice to distill the journey of trans and nonbinary people into a single three-act show.

The shows comprise a mix of songs, poetry and spoken war, giving the audience an experience to see the full emotional life of a trans person as they become their authentic self, an extension of the Trans Chorus’ broader mission, said Abdullah Rasheen Hall, the artistic director.

“All of the societal pressures outwardly, we’re showing that reflection in Act I,” Hall told LGBT News Now. “Act II is becoming you, when you start to really self-actualize and affirm where you are. And then Act III is living victoriously.”

Although the subtitle present singularly, VOICES in plural capital letters is the real heart of the show.

The breadth and diversity of the show’s disparate performances — which draw from the experiences of the chorus members themselves — are the key to unlocking the truth of the transgender community and presenting a new narrative to the world, Hall said.

“It started off with me wanting to create a space to really showcase our vocal abilities, but as we developed the show over these last few months, it truly became Voices,” Hall told LGBT News Now, carefully emphasizing the plural. “Stories, pictures, songs — some original written songs, some songs that take on a whole new life in the context of our show. It’s stories from our oldest members who are in their 70s to our youngest members in their early 20s.”

“I started out with this show being one thing, and it has transformed into something better than I could have fathomed,” Hall said.

During one of the sections, featuring images of the chorus members from childhood will be shown.

“They’re opening up their hearts and sharing their vulnerability,” Hall said. “It’s hard to show pictures like that to a lot of people. A lot of trans and non-binary people choose to get rid of anything that reminded them of that binary existence. But we teach each other to celebrate that part of you. That was a part of you. It was the part of you that got you here. Don’t just throw away that part of your existence in becoming who you are now.”

Another section is a monologue about growing up non-binary and Asian in a predominantly white community that was also conservative.

The Trans Chorus leans into the discomfort by embracing traditional vocal classifications—soprano, tenor, baritone, etc.—while staunchly rejecting the notion that the categories should be decided by gender, LGBT News Now wrote.

In every performance of the Trans Chorus, the singers share their trans journey.

“We’ve done so many amazing things as a group, and that’s because we just keep putting ourselves out there,” Hall said, listing off appearances from music videos and a Pantene holiday commercial to CNN and the Biden-Harris inauguration.

“So, you better see us while we’re cheap. Before you can’t afford a ticket.”