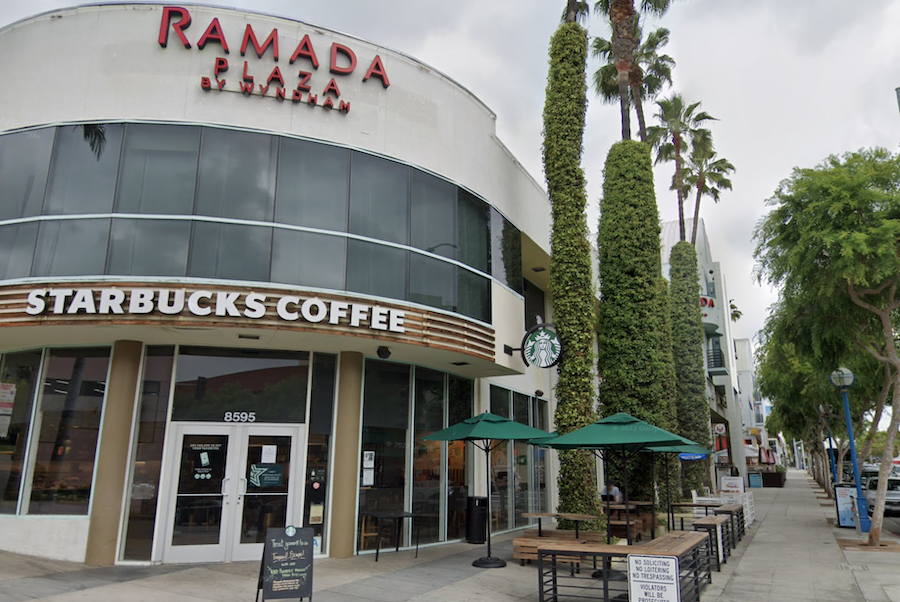 Starbucks on the corner of Santa Monica Boulevard and Westmount Drive is now closed.

On the day of its closing, July 31, store manager Acacia Blenchard told the WeHo Times, “It’s been a day full of heartbreak. We’ve been saying goodbye to the entire community. So now we’re asking everyone to leave so our partners can have a moment of decompression. We want to say our own goodbyes to this space and console each other privately.”

An employee of the Starbucks told WeHo Times the closure was due to safety and security concerns. Sixteen other locations in Seattle, Los Angeles, Philadelphia, Washington D.C., Portland and Oregon have or are in the process of closing.

The employee said business has been steady at the WeHo Starbucks, but the escalation of heated arguments and confrontations that have become physically aggressive is one of the reasons for its closure.

“There is a higher crime rate in West Hollywood right now,” said the barista. “Unfortunately, it is reflecting inside our store. There is only so much we can do. The idea of getting a security guard would only be good for eyewitness accounts. We’re having a lot of issues that seem to be escalating. There have been fights over things. We’ve had customers be rude to us; call us names. You’ve be surprised how often I’ve been called a (expletive), and it’s like, do you know what city you’re in?”