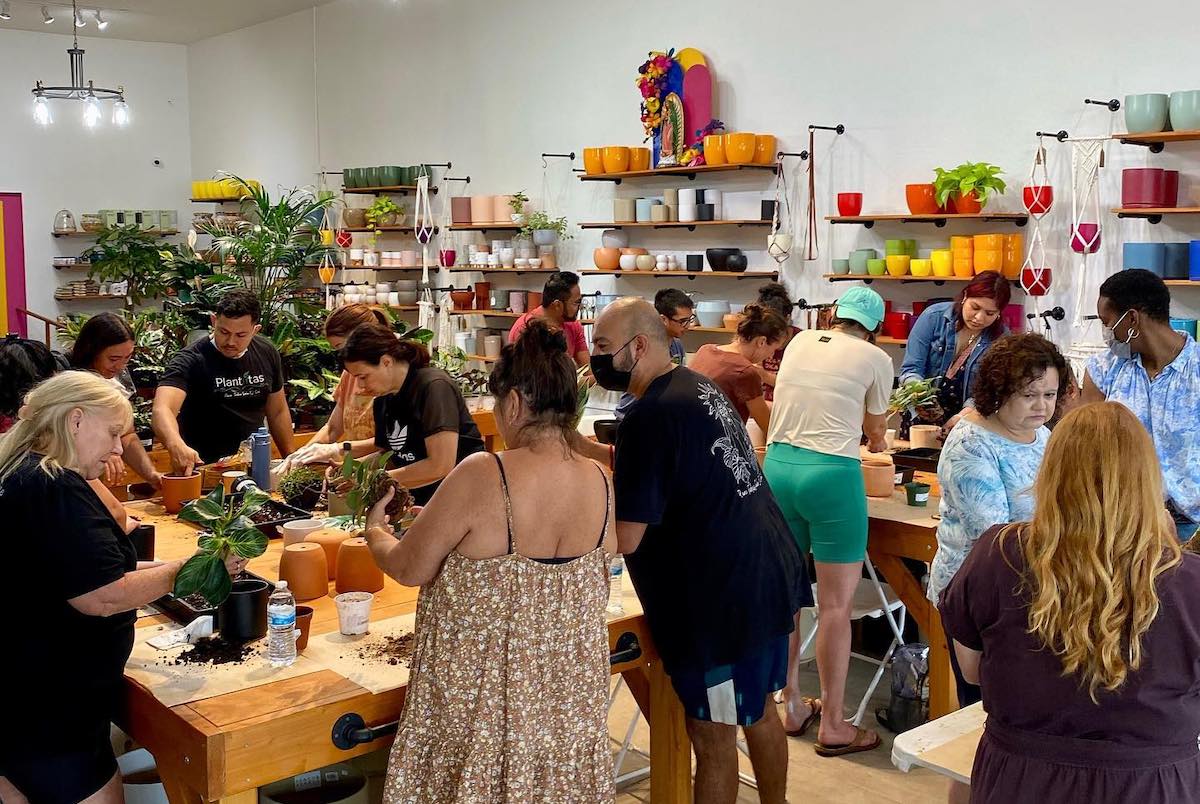 Former Plantiitas shop in Belmont Heights which will house over 20 local vendors from underrepresented communities.

In under two years, a DIY plant marketplace built inside of a Long Beach garage will have become a beloved brick and mortar business and expand to meet the demand of its market.

The self-proclaimed “plant daddies,” Anthony Diaz and Kevin Alcaraz opened the Plantiitas Market located at the former Plantiitas shop in Belmont Heights which will house over 20 local vendors from underrepresented communities.

“We’re trying to share our platform with them basically,” Plantiitas co-owner Diaz told the Signal Tribune. “We know it’s hard to start a business. There’s so much that goes into it that even we didn’t realize when we were getting started.”

The idea has been harboring for more than a year, Diaz said. During this process, Diaz said the two have been paying the lease on both locations, along with added fees and labor to turn the old storefront into a community-friendly layout, according to the Signal Tribune.

Diaz said the need for a space such as this become apparent as they have been building relationships with many LGBTQ and Latinx vendors and residents on their Fourth Street location.

“We poured so much time, effort and money for that space that we thought it would be wise for us to continue building and growing because we’ve had a successful shop this whole time,” Diaz said. “We were built on that corner essentially.”

The new marketplace will provide a permanent location for LGBTQ+, immigrant, disabled and other minority-owned vendors. In the coming months, Diaz said the space will also be used by vendors to host workshops, events and meetings with clients.

More than 20 vendors of Plantiitas met in July for an open house to discuss plans for the marketplace, which eventually turned into a mission to lock down the location and start collaborations.

“So my husband and I have been — we’re exhausted and we’re really tired. It feels like we haven’t had a day off in quite some time,” Diaz said. “As a matter of fact, we haven’t and we’re having to balance all of the work and the demands that we have coming our way, while still kind of maintaining our mental, physical and emotional health. And it’s a lot it’s a lot to juggle. It’s not easy.”

One vendor, Beau Beatrix, a queer, transgender Black and Filipino, neurodivergent and disabled artist, attended the initial July meeting. Beatrix became disabled after a work injury and couldn’t leave his home for more than a year due to being immunocompromised. From his pain, Beatrix started Owie Artwork, a hypoallergenic and size-inclusive jewelry business.

“I started making my own jewelry and then made things to give to my partner,” Beatrix said. “And then at some point, something clicked, and I was like I could sell this kind of thing. I could maybe find a way to support myself.”

Beatrix is one of the vendors who will get a chance at having a brick-and-mortar location through the marketplace.

“I never expected to have physical space,” Beatrix said. “There’s something really special about a collective of artists being given equal footing, and a physical location to sell things. In theory, if it was successful, I feel like other spaces could follow the same model.”

Plantiitas Market hours are Wednesdays through Fridays 11 a.m. to 6 p.m., and Saturdays and Sundays from 10 a.m. to 5 p.m.
Vendor applications can be found here.