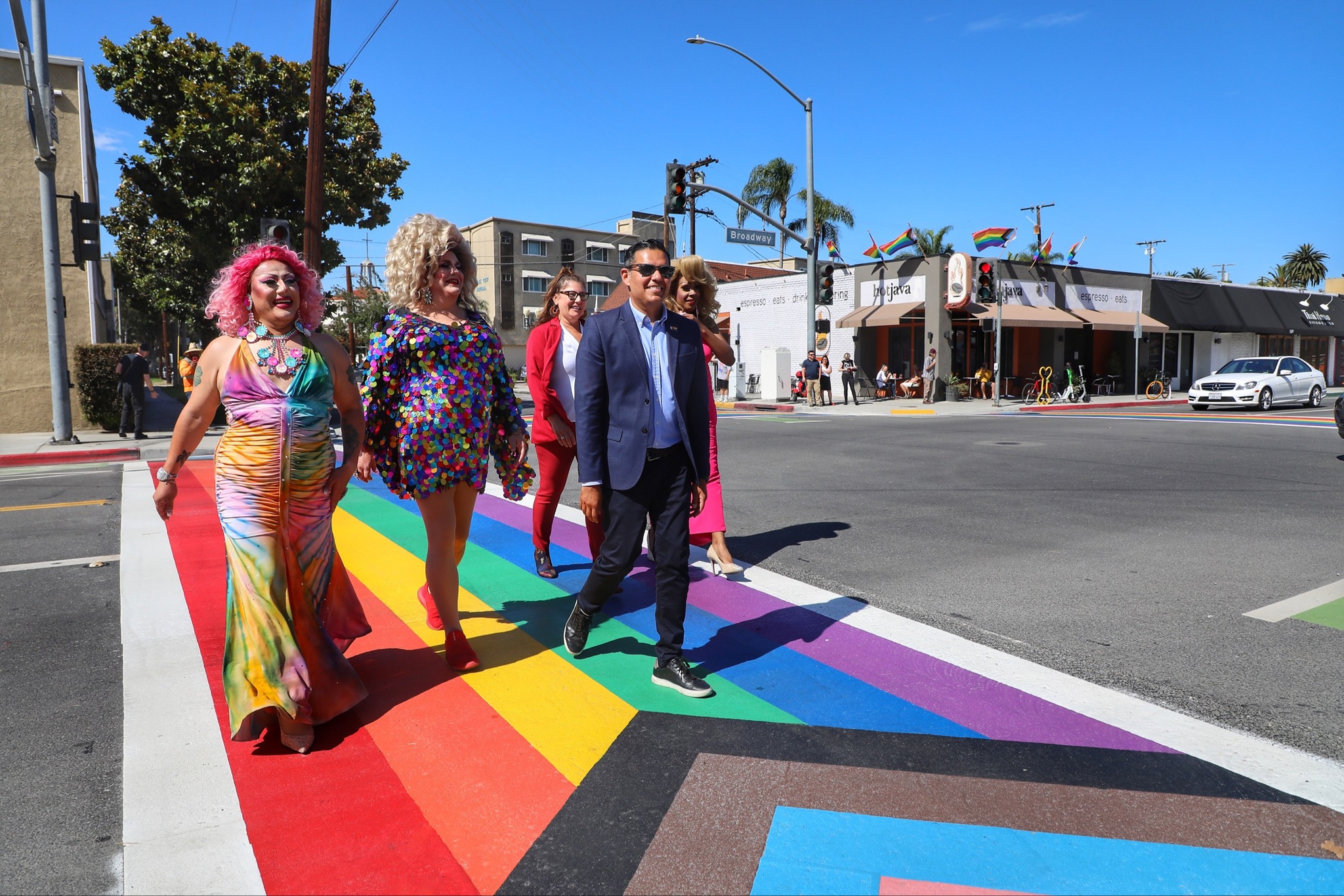 The parts of the Broadway Corridor in Long Beach marked with rainbow crosswalks have officially become an LGBTQ+ cultural district.

The motion passed 7-0 in June with Long Beach City Council members Stacy Mungo and Roberto Uranga absent from the vote, according to Q Voice News.

Recognizing Long Beach’s communal contributions and history, the new LGBTQ+ cultural district will include “signage, historic markers and other enhancements to honor the effort of activists, support local businesses and attract visitors who want to spend time in a place that has been extremely important to the movement for full equality,” according to the city council.

Per city council recommendations, City Manager Tom Modica is to work with local stakeholders — LGBTQ+ residents, business owners, historians and the Long Beach LGBTQ+ Center — and create a community vision for developing and activating an LGBTQ+ cultural district, recognizing and supporting the historic contributions of the community.

For decades, the Broadway Corridor has held a significant role within the LGBTQ+ community, located in the Alamitos Beach neighborhood in an area lovingly called, “the gayborhood,” according to Q Voice News.

Along the Broadway Corridor, many gay bars and LGBTQ+ businesses have played an important role in the cultural district as a space not only to socialize, but also organize, Q Voice News reported.

In 2008, Q Voice News reported that demonstrators marched along the Broadway Corridor protesting the passage of Proposition 8, the California ballot measure that outlawed same-sex marriage. At the end of the march, Q Voice News said the protestors gathered peacefully near the intersection of Broadway and Redondo Avenue. Long Beach police then arrived on scene in riot gear, and became confrontational and violent, arresting 15 people.

The cases against those 15 people were dismissed, according to Q Voice News.