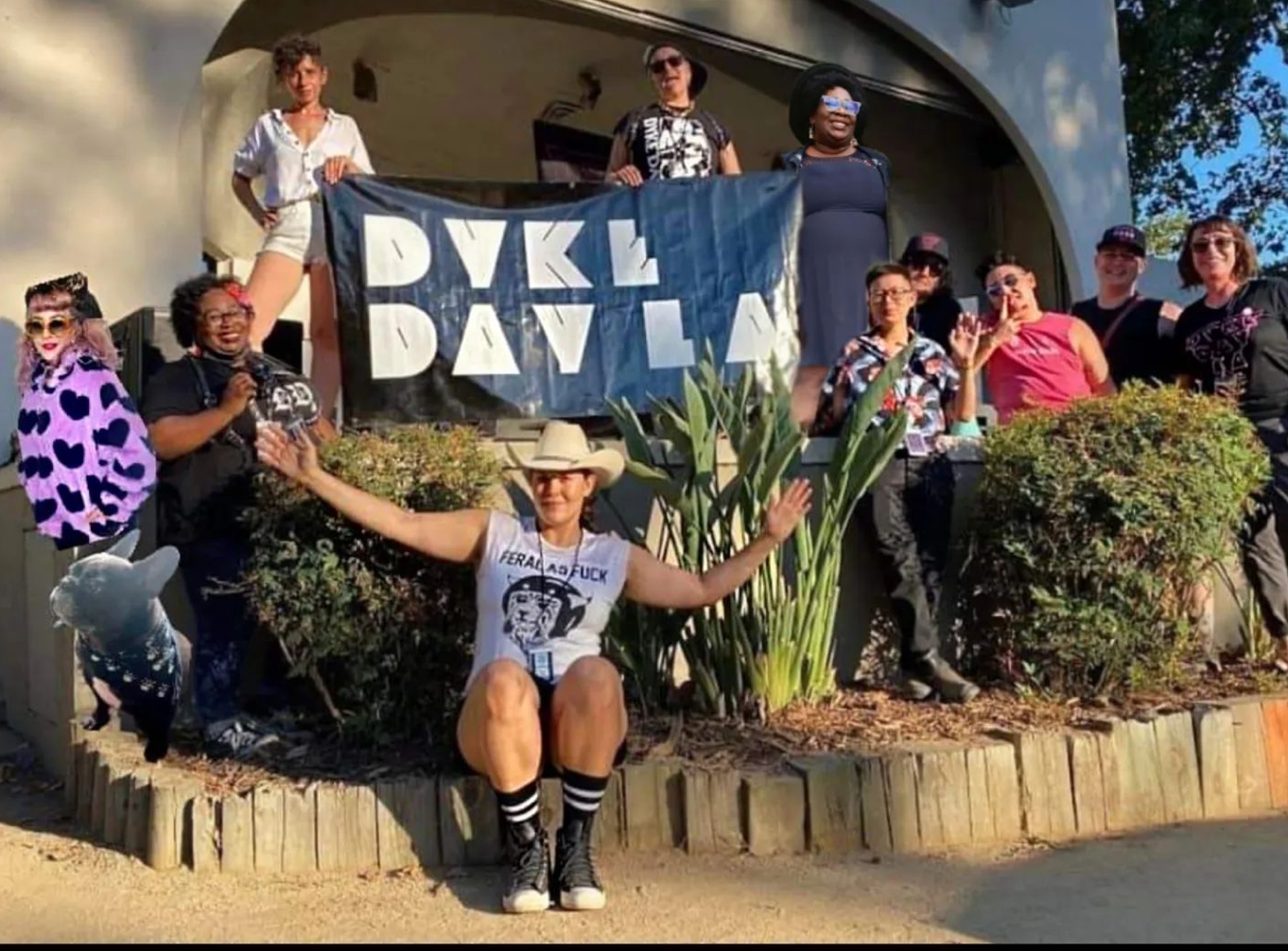 More than 1,500 people descended on Sycamore Grove Park for an annual Pride gathering known as Dyke Day LA on June 11.

In a month packed with corporate-sponsored parties, parades and concerts, “dykes of all genders” gathered for an essential — if unofficial — event, according to the New York Times.

The name, Dyke Day, spins a widely misogynistic and homophobic slur as a positive, liberating label, but many attendees were split on its meaning.

While labels like “nonbinary” and “genderqueer” are used to affirm identities that are more fluid, Melanie Marx, 31, told the New York Times that “dyke is not our generation’s name to reclaim … I feel like we’ve reclaimed ‘queer’ and it’s far more inclusive.”

Conversely, several people from ages 40-60, including Tristan Taormino, 51, a feminist author and sex educator, affectionately spoke of the word.

“I’ve always identified as a dyke. To me it’s a politicized identity. It’s not just about who I love and have sex with, but my culture, my point of view, my politics. It’s an absolute reclamation,” Taormino said.

Leole Davis, 37, an aesthetician in Sherman Oaks who specializes in post-operation treatments for people recovering from mastectomies or top surgery, said she was excited to be back in-person for the celebration, according to The New York Times.

“There are no events in Los Angeles where you can see this many queer people at once, so it’s amazing for cruising,” she said.

A 27-year-old comedian, Hannah Einbinder said, ““There are very few centralized areas or bars or restaurants that are dedicated to queer femmes or non-cis male queers, so it’s nice to be here.”

A 25-year-old researcher, Mekleit Dix commented on the contrast of Dyke Day versus the celebrations in West Hollywood, “I think the sense of programming there is like: ‘It gets better, that’s why we’re partnering with JPMorgan Chase,’” she said.

Known to be anti-corporate, Dyke Day hosts workshops on B.D.S.M and other forms of kinks, demonstrations of how to administer Narcan to reverse an opioid overdose and resources for gender-inclusive healthcare and follows a lineage of grass-roots Pride gatherings that have aimed to center people who identify as femme, according to The New York Times.

“I’m just happy to be here with all my girls,” said musician Lana Del Rey. “We have the best girls in town right here.”

This year, Marissa Marqusee, a nurse who manages the Los Angeles LGBT Center’s Audre Lorde Health Program and sits on Dyke Day’s planning committee, told The New York Times it was important to the organizers to create an inclusive environment.

“We wanted the committee to be representative of the people who attend Dyke Day,” said Mx. Marqusee, who is transgender and nonbinary. “That means Black, brown, Indigenous, people of color. Queer and trans people. Service providers of all different backgrounds.”

“It’s like dyke Christmas,” said Lynn Ballen, a Dyke Day LA organizer and board member. She also explained that “traditionally, Pride events come out of a history that is more gay men, more cis, more white.” She and her fellow organizers were looking to foster a more diverse and inclusive environment.

“I think there’s sort of a safety and joy in what we create at Dyke Day that refuels us to go back out into the straight world for the rest of the year,” Ms. Ballen said.

States seeking to restrict discussion of sexual orientation and gender identity in schools and to limit the rights of transgender youth, the overturn of Roe v. Wade, and the expansion of gender identities have shaped some people’s feelings about the word “dyke,” according to The New York Times.

“I’m a dyke, and in the ’90s, when I was a teenager, I was closeted,” said Romy Hoffman, a 41-year-old musician from Sydney, Australia. “I was into grunge, the Riot Grrrl stuff. I was discovering queer cinema. The word ‘dyke’ definitely represents that period of time, but I don’t know if it has been adapted to the age of queerness.”

“I grew up hearing people call women ‘marimacha.’ I understood it to mean, like, ‘butch woman,’” said Salvador de La Torre, 32, who is transgender and grew up on the Texas border. “It’s definitely derogatory and can be used as an insult, depending on the context.”

They told The New York Times that the term continued to resonate with them. “Even though now I’m not a woman — I was socialized as one and I was assigned female at birth — I’ll always be fond of that association, and love the word ‘dyke,’” they said.