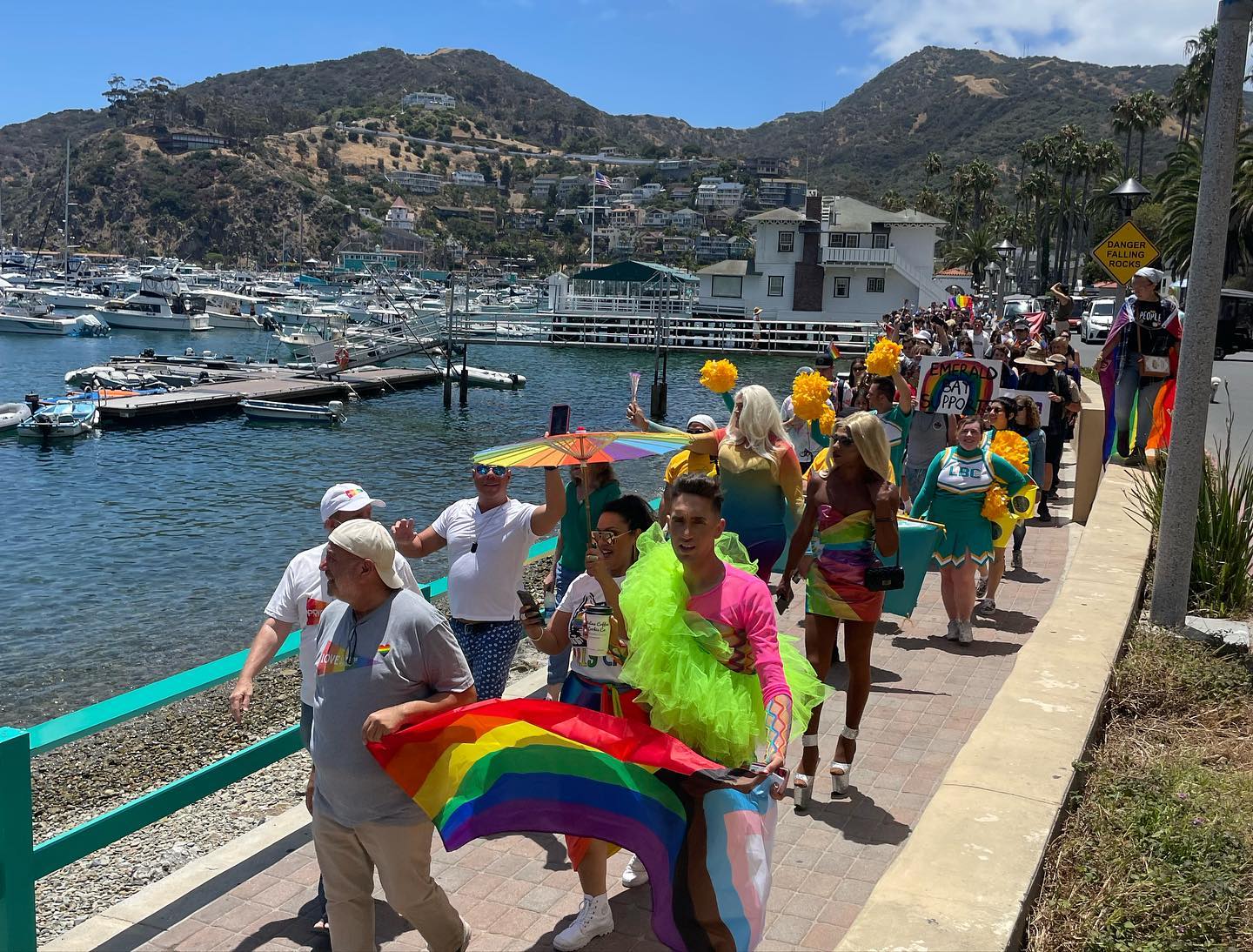 June 18 event draws hundreds of locals and visitors to island

Waving a transgender flag, Cain Schleuning, 19,  said he was overwhelmed with emotion and was initially worried that he might not be accepted in his small town, but the celebration on Catalina Island showed him otherwise, according to The Los Angeles Times.

“All of this really shows that people care and they’ll accept me for me. It’s just lovely to see that I’m not alone,” Schleuning told the LA Times.

Avalon sees a million visitors annually, but on this day, the vibe was joyous as attendees grooved to pop hits blasted over the speaker and celebrated Pride.

While lawmakers across the country are debating whether transgender children can play in youth sports leagues, millions are celebrating Pride in Los Angeles this month.

Earlier this month, police in Idaho arrested 31 members of the white supremacist group Patriot Front near a Pride event that authorities say they were planning to disrupt, according to the LA Times.

But Catalina Island amassed happiness on June 18, not fear.

Avalon City Councilman Michael Ponce, 66, told the LA Times it wasn’t until the day before the event that protesters could have raised concerns, but he dismissed the idea.

“For me, it was more like, are they really willing to spend that kind of money to come over here and protest?” Ponce said. “There’s just nothing positive coming out of their message. They have every right to say what they want, but it’s hurtful and hateful.”

From the island’s shore to Wrigley Stage, and then to the Catalina Casino and back, hundreds sang, danced and marched.

The LA Times said a man on a paddleboard flashed the “hang loose” sign as the crowd passed, while visitors on gold carts honked and shouted. Another man wearing a Hawaiian shirt gave high-fives and told attendees, “Thank you for being you.”

Avalon homeowner Lori Snell, 64, said she was overwhelmed by the turnout. Given the community’s fairly conservative and religious stance, she said they made her and her partner feel welcome.

“It is just so important to be inclusive for everyone, and this is a very inclusive community in general, but the gays are underrepresented,” Snell said. “For this to be such a big deal is just so appreciated.”

Snell met her partner 34 years ago at the Los Angeles Pride celebration, according to the LA Times. In 2004, they were among several thousands of couples who illegally married in a political and legal challenge to California’s ban on same-sex marriage.

“I’ve never felt so old,” Snell told the LA Times. “It’s a new generation of kids who are out and proud and comfortable. And it’s fabulous.