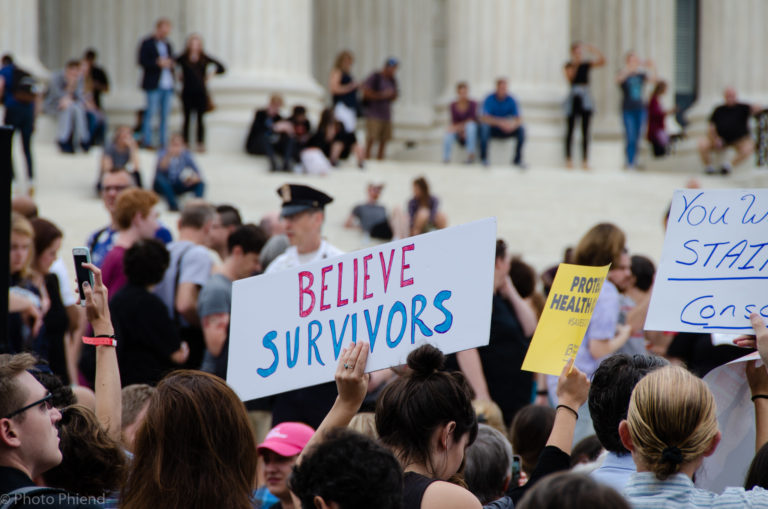 President Joe Biden signed the Violence Against Women Act (VAWA) into law mid-March and for Terra Russell-Slavin, the chief impact officer for Los Angeles LGBT Center, it was a dream come true.

The VAWA Reauthorization Act of 2022 is the first federal legislation to create a grant program specific to the LGBTQ community, according to LGBT News Now.

“In policy, you can go a long time without big wins — this is a very big win,” Russell-Slavin told LGBT News Now. She had worked on the reauthorization for six years.

Part of the omnibus appropriations bill, VAWA has been reauthorized until 2027. The act increases access to VAWA-funded programs, improves responsiveness to the needs of sexual and domestic violence survivors and includes provisions to benefit LGBTQ survivors.

Russell-Slavin, national chair of the LGBT subject matter committee on VAWA and part of the National Task Force to End Sexual and Domestic Violence, celebrate the VAWA signing at the White House. She also attended the Women’s History Month in D.C., according to LGBT News Now.

“It was surreal,” she said. “It was just so joyful to be able to celebrate this historic win. It’s not just about fighting against the attempts to erase and harm us, but it’s also fighting for the services we need.”

The VAWA Reauthorization sends a national message of support to LGBTQ survivors at a time when the community is under attack in statehouses across the country with anti-LGBTQ laws, Russell-Slavin said.

This grant program will combat domestic violence and sexual assault against LGBTQ+ individuals through education, outreach and training to organizations and entities that serve victims directly, LGBT News Now reported.

Russell-Slavin and many other activists worked to ensure protections gained in 2013 through VAWA would last throughout the Trump administration while trying to make the case for LGBTQ services.

“To now get to the Biden administration and have the president sign the first-ever stand-alone LGBTQ specific grant program in federal law and for it to be for LGBTQ survivors, it’s monumental,” she said. “It feels incredible to be a part of such a historic achievement.”