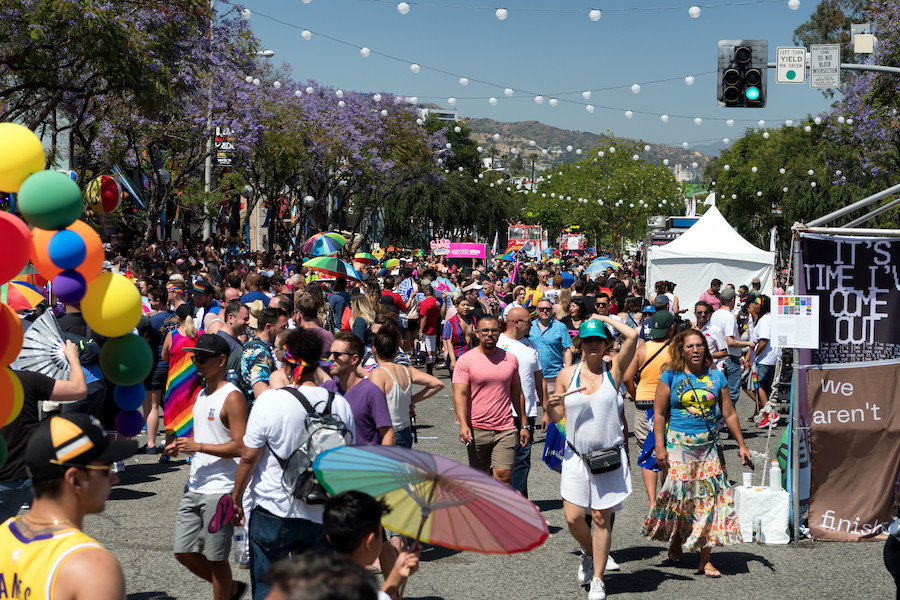 Largest Pride celebration in the nation is two months away

West Hollywood, home to one of the largest Pride celebrations in the nation, is presenting its inaugural WeHo Pride, kicking off Pride month festivities across the nation.

In and around West Hollywood is WeHo Pride weekend from June 3 to June 5 including WeHo Pride Street Fair. Upholding visibility, expression and celebration, Pride weekend represents a diverse array of LGBTQ+ community groups.

That same weekend, OUTLOUD Raising Voices Music Festival will profile and celebrate Queer artistry, and the WeHo Pride Parade will kick off at noon on June 5 down Santa Monica Boulevard from Crescent Heights Boulevard into the heart of the Rainbow District, the Blade reported.

Coming quickly are application deadlines for community groups to participate in WeHo Pride. The following are the list of opportunities for participation:

Since 1984, the City of West Hollywood has become one of the most influential cities in the national for its outspoken advocacy on LGBTQ issues. No other city of its size has had a greater impact on the national public policy discourse on fairness and inclusiveness for LGBTQ. Three of the five members of the West Hollywood City Council are openly gay.

West Hollywood is home to the Rainbow District along Santa Monica Boulevard, featuring a concentration of historic LGBTQ clubs, restaurants and retail shops. The city tops lists of “most LGBTQ friendly cities” in the nation.