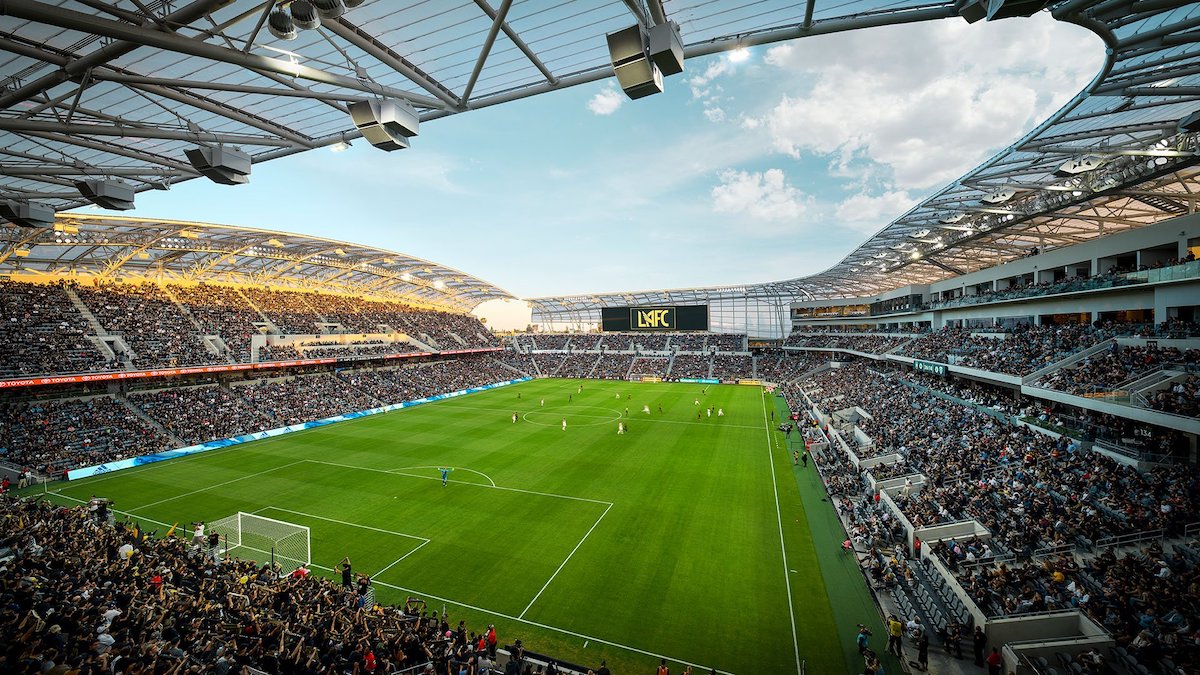 Los Angeles Football Club, Pride Republic The 3252 Independent Supports Union and the Los Angeles LGBT Center have band together to ensure inclusivity is a priority during LAFC home games.

In an effort to sustain an inclusive, welcoming and safe experience for all fans of the soccer team, the groups have worked together to respond to an anti-gay slur that is shouted by fans during goal kicks at stadiums worldwide.

As the 2022 season approaches, LAFC stated they have continued its fight to eradicate the chant from the Banc of California Stadium, making it clear that the offensive chant will not be tolerated.

“The vision and mission for LAFC has always been to create a club where every member of our community feels welcome,” said Larry Freedman, LAFC Co-president and CBO. “… We believe these new measures will help eliminate negative and hateful language during matches and together with the efforts of the Pride Republic and The 3252 and support of community organizations like the Los Angeles LGBT Center, will help ensure the fan experience in our stadium makes everyone feel they belong and are welcome.”

Several strategies are in place at the stadium, highlighted by an increased security presence with staff members trained and dedicated to deal with the issue, according to LAFC.

Any fans identified as participating in the chanting will be removed from the stadium and permanently banned. Season members will have their membership revoked.

Local soccer fans have turned to the LGBT Center to express deep concerns and fears as a result of the callously chanted anti-LGBT slurs in various venues, said Joey Espinoza-Hernández, director of policy and community building at the Center. The Center is “heartened to know that positive change is in store this season.”

“Cheering for our favorite teams should be a joyful and raucous occasion for all,” Espinoza-Hernández said.

LAFC’s conduct video has been updated, reinforcing the Club’s mission to provide an inclusive environment and a zero tolerance policy for hurtful language. Before and during home matches, the video will be played.

“When Banc of California Stadium opened, we were told that ‘Everybody belongs in LA,’” said Paul Ruiz, co-founder of the Pride Republic Supporters Group. “We live and breathe this in Pride Republic. ‘Everybody’ means the teenager attending the game with her family, the boy sitting with his dad and uncles in the South End, the new couple coming to their first game. When they hear ‘the chant,’ they don’t feel like they belong. Let’s stand ‘shoulder to shoulder’ all the time. Don’t do ‘the chant.’ It causes real harm. Instead, use your voice to support this great Club and city, and sing loud and proud with the 3252!”

Working together, the goal of four organizations (LAFC, the Pride Republic, the 3252 and the Los Angeles LGBT Center) is to ensure everyone has a safe, fun experience at home games without homophobia, transphobia, racism or sexism crowding the stands.

“The 3252 believes that all should feel welcome, safe and included while enjoying the world’s game,” said KC Garcia, president of the 3252. “The chant discriminates against members of our community and goes against the morals and ideals we pride ourselves on. That chant has no place in our stadium.”

In the new conduct video, various players in different languages voice this message to viewers:

“Our club is for everyone. Stand with us, shoulder to shoulder, to create the best atmosphere in MLS. Stop the hateful chant during goal kicks. Racism, sexism, homophobia and discrimination will not be tolerated in our stadium. Together, let’s win the stands.”