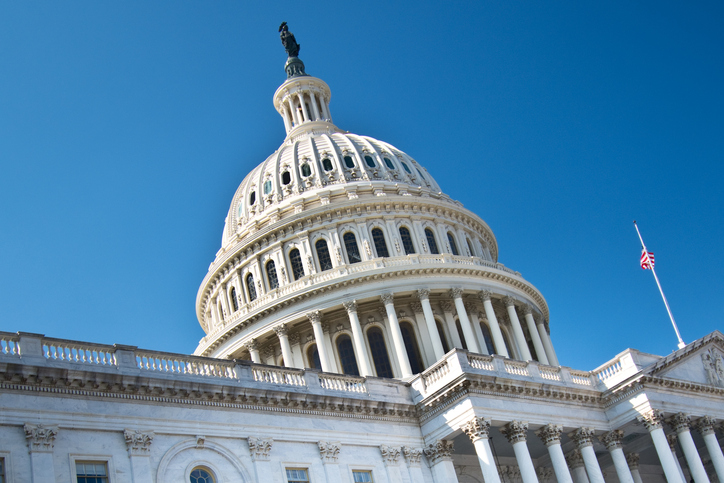 Lawmakers in the United States have proposed a record 238 anti-LGBTQ bills that would limit the rights of LGBTQ Americans. As of March 18, about half of the bills specifically target transgender people.

Since 2018, nearly. 670 anti-LGBTQ bills have been filed, according to a news report by NBC News in March. NBC also reported that all of the country’s 50 state legislatures have weighed in on at least one bill.

Legislation wishes to restrict LGBTQ issues in school curriculums, permit religious exemptions to discriminate against LGBTQ people and limit trans people’s ability to play sports, use bathrooms that correspond with their gender identity and receive gender-affirming health care, according to NBC.

Opponents contend the bills are discriminatory and are about “scoring political points with conservative voters than protecting constituents,” while proponents believe the bills are about “protecting children, parental rights, religious freedoms or a combination of these,” according to the news report.

“It’s important for people to pause and think about what is happening — especially in the health care context — because what we’re seeing is that the state should have the authority to declare a population of people so undesirable that their medical care that they need to survive becomes a crime,” said Chase Strangio, the deputy director for transgender justice at the ACLU LGBT & HIV Project. “What more terrifying intrusion of the state could there be?”

Although the bills have reached a record level targeting LGBTQ people and/or issues, research shows an increased amount of support for LGBTQ rights and policies prohibiting discrimination against LGBTQ people, the report stated.

Nearly 79% of Americans, or eight in 10, support laws that protect LGBTQ people from discrimination in jobs, housing and public accommodations, according to a Public Religion Research Institute survey released in March. The survey also revealed nearly 70% of Americans support same-sex marriage, up from 54% in 2014.

The uptick in state bills is less about public sentiment and more about lobbying on behalf of conservation and religious groups, LGBTQ advocates and political experts have said. In response to a string of progressive wins, activists contend that more groups are pushing legislation. The wins include two landmark Supreme Court rulings legalizing same-se marriage in 2015 and another in 2020 that won LGBTQ people nationwide protection from workplace discrimination. The third progressive win was the election of President Joe Biden in 2020.

Activists also believe the bills are part of a broader political strategy to use transgender people as a “wedge issue” to motivate right-wing voters, according to the news report.

“Conservative politicians, conservative religious leaders, religious organizations, and sometimes conservative scholars, often present themselves as defenders of traditional values and traditional institutions in society,” said Gabriele Magni, an assistant professor of political science at Loyola Marymount University in Los Angeles. “LGBTQ rights have become a natural target because they go against one of the most traditional institutions of society, and that is the family.”

Among anti-LGBTQ bills, measures targeting trans Americans have significantly increased in recent years according to NBC News’ analysis of the ACLU and Freedom for All Americans data. In 2019, 22 of the 60 anti-LGBTQ proposed laws were anti-trans, compared to 80% of 2021’s bills. This year, 65% were anti-trans bills.

“The authors of these bills and the dark money groups pushing for them do not want it to be possible to be a trans kid in this country,” said Gillian Branstetter, a longtime trans advocate and the press secretary for women’s advocacy group the National Women’s Law Center. “They’re responding to trans kids as if they were responding to a contagion.”

Measures that would block trans students from competing in school sports that align with their gender identity have been the most successful of the bills filed. Since January, 11 states have written trans sports bans into law, according to the NBC report of the ACLU and Human Rights Campaign data.

In addition to impacting trans people, the bills have reshaped the lives of their families.

NBC reported an Arizona mother, Lizette Trujillo, has spent three years and “dropping everything” to fight on behalf of her 14-year-old transgender son, Daniel. Trujillo has been traveling back and forth to the capital to meet with trans advocates.

“It’s exhausting, it’s painful and it’s something that I have to prepare for every year, and I’m still in shock that I have to advocate for my child,” Trujillo said. “If they care about families in the way that they say they do, or if they care about kids in the way that they say they do, they would leave us alone and allow us the opportunity to take a breath to be the boring PTA parent who organizes a fundraiser and is able to attend after-school activities.”

Although upsetting at times, a few wins have made the fighting worthwhile.

In February, an Arizona Republican state senator blocked legislation that would have banned gender-affirming care for trans youth. In Utah, Republican Gov. Spencer Cox vowed to veto legislation passed by Legislature that would ban trans student-athletes from competing in girls’ sports. In Idaho, the Republicans in Senate stopped a bill that would have made it a criminal offense for parents to allow minor children to receive gender-affirming care, NBC said.

When lawmakers can’t pass ant-LGBTQ bills through state legislatures, a directive issued by Texas Gov. Greg Abbott in February is an example of how they can otherwise target LGBTQ Americans.

In 2020, Texas Legislature didn’t pass a bill that would criminalize gender-affirming care to minors. In place of that bill, Abbott ordered licensed professionals and the general public to reporter parents if it appears their minors are receiving gender-affirming care under a “legal opinion” that transition care for minors is child abuse under state law, NBC reported.

“It’s important to look at the cruelty of the governor’s order in Texas, because these bills act as the on-ramp towards that level of cruelty against trans kids,” Branstetter said. “There is a bottomless hunger for the misery of trans kids.”

Trujillo said this year in legislation has been scarier than last year, but that hasn’t stopped her from fighting back against the policies that have made Arizona the third-highest total of ant-LGBTQ bills, NBC said.

“This takes up a lot of my life, but I do it in the hope that when my kid’s an adult, he won’t have to do it for himself, that he’ll be in a better place,” Trujillo said. “As much as I want to shrink away — to protect my family and my child — I also feel like this is the moment to speak up and say, ‘I will not allow you to erase my child.’”