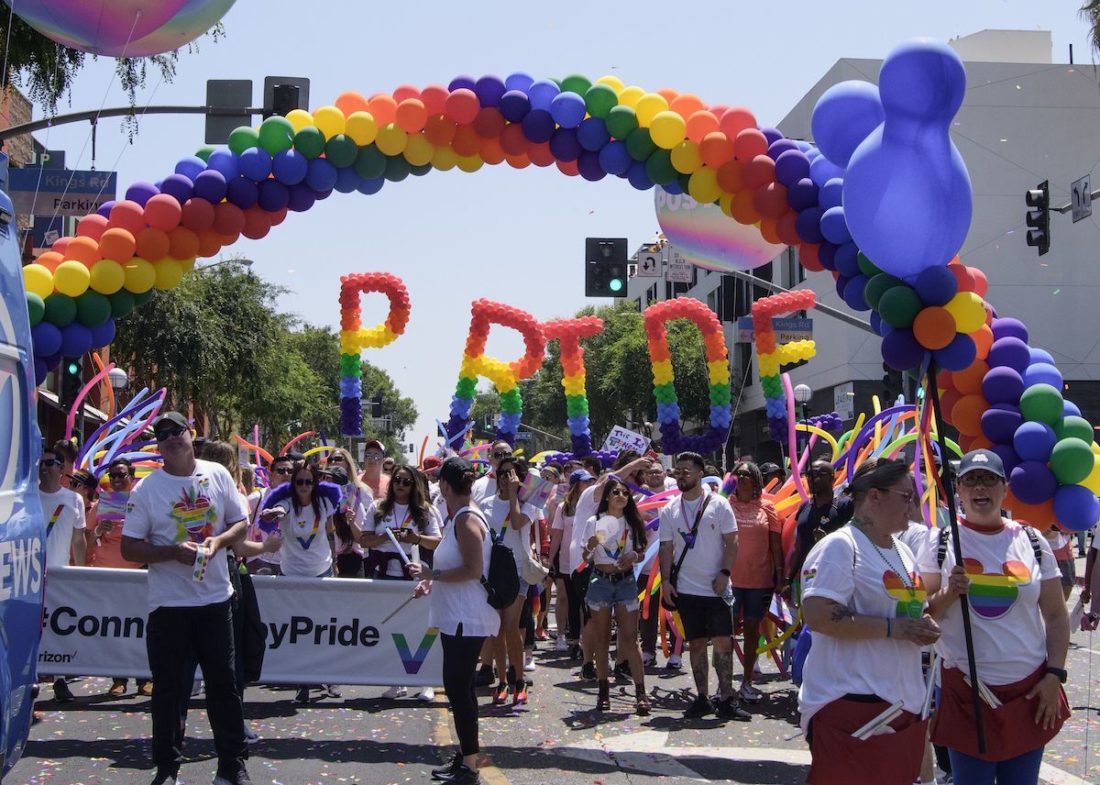 Tradition to continue under a new name

Hundreds of thousands of LGBTQ people and allies from around the world make the City of West Hollywood their destination for Pride season and this year, the tradition continues under a new name.

During the weekend of June 3, WeHo Pride Weekend commences to celebrate a diverse array of LGBTQ+ community groups for visibility, expression and celebration at West Hollywood Park (647 N. San Vicente Boulevard) until June 5.

Community groups can participate in one of two ways, according to a press release from the City of West Hollywood:

Applications will be reviewed by the City of West Hollywood and a limited number of approved groups will be chosen as participants. The application deadline to receive funding is 5 p.m. on March 31. If an organization or group would like to host a parade, upload a proposal for consideration. City staff will then follow up with a supplemental application. Parade proposals and supplemental applications must be received and completed by 5 p.m. on February 28. To apply, fill out a submission form here: w.eho.city/applywehopride.

The WeHo Pride LGBTQ Arts Festival runs for 40 days from Harvey Milk Day to the end of Pride month, organized by the City of West Hollywood’s Arts Division with input from the City’s Lesbian & Gay Advisory Board, Transgender Advisory Boards, Arts and Cultural Affairs Commission and community partners.

Projects are funded by the City’s Arts Grant Program.

For more than three decades, West Hollywood has been home to the largest Pride celebrations in Southern California. Home to the “Rainbow District” along Santa Monica Boulevard, concentrated with historic LGBTQ club, restaurants and retail shops, West Hollywood consistently makes the top list of “most LGBTQ friendly cities” in the nation.

Since 1984, the city has become one of the most influential cities for its outspoken advocacy on LGBTQ issues and measures that support LGBTQ individuals in efforts to gain and protect equality for all people on a state, national and international level. More than 40% of its residents identify as LGBTQ, according to The Los Angeles Blade.

As one of the first municipalities to form a Lesbian and Gay Advisory Board and a Transgender Advisory Board, the city has a Transgender Resource Guide available online, which provides information and resources in the Greater Los Angeles area including legal, health and social services.

A full calendar of events and brochures with times and locations will be available in the coming weeks at WeHo.org/Pride. Last year’s program is available to watch online at bit.ly/OCOYouTube.