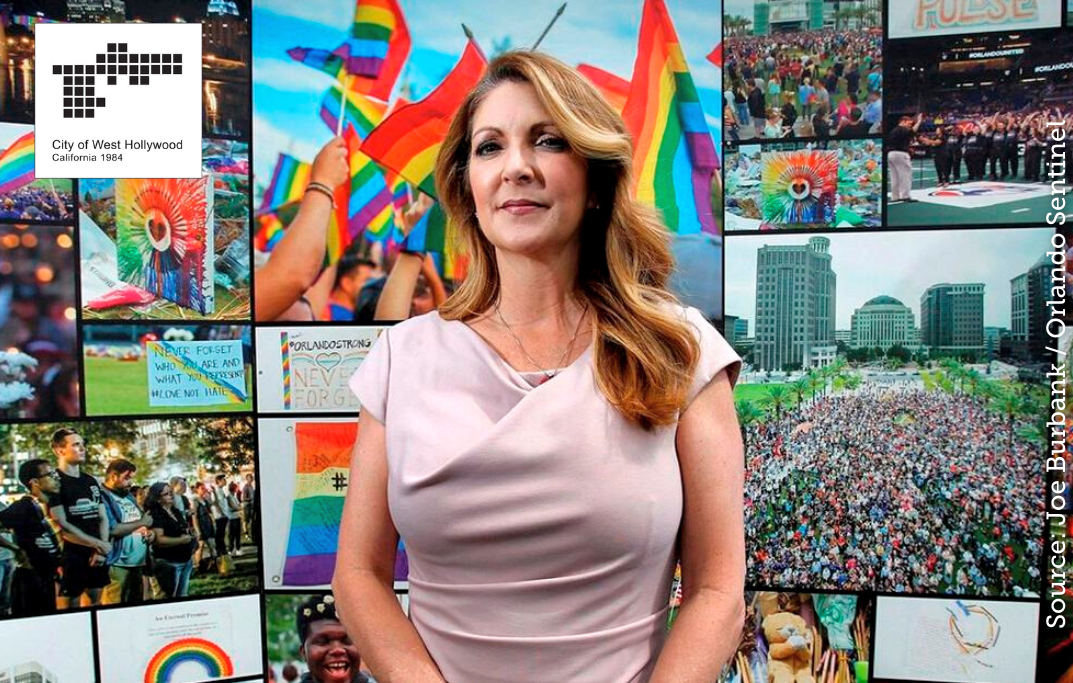 In the aftermath of the Pulse nightclub shooting that left 49 people dead, 68 injured and countless other lives affected, owner Barbara Poma established the onePULSE Foundation to fund, design and construct a National Pulse Memorial & Museum in Florida.

For that, the West Hollywood City Council presented Poma with a Key to the City during a teleconference meeting on Feb. 7. Additionally, the day before, the council issues two proclamations — one to Poma and the other to onePUlSE Foundation — in recognition of their dedication and commitment to preserving the legacies of lives lost at the nightclub.

Poma established the nightclub in 2004 as a tribute to her brother, John, who passed away from HIV/AIDS, according to a press release from the City of West Hollywood. The Orlando, Florida club was embraced by the LGBTQ community for its culture of love and acceptance. It is now known as the site of the deadliest mass shooting in U.S. history, as well as the deadliest violent attacks against LGBTQ people.

In honor of each victim, onePULSE Foundation has created 49 annually awarded scholarships that were designed with input from the victims’ families to highlight their specific vocations, hobbies or life aspirations. Poma serves as the executive director and works as an LGBTQ rights activist.