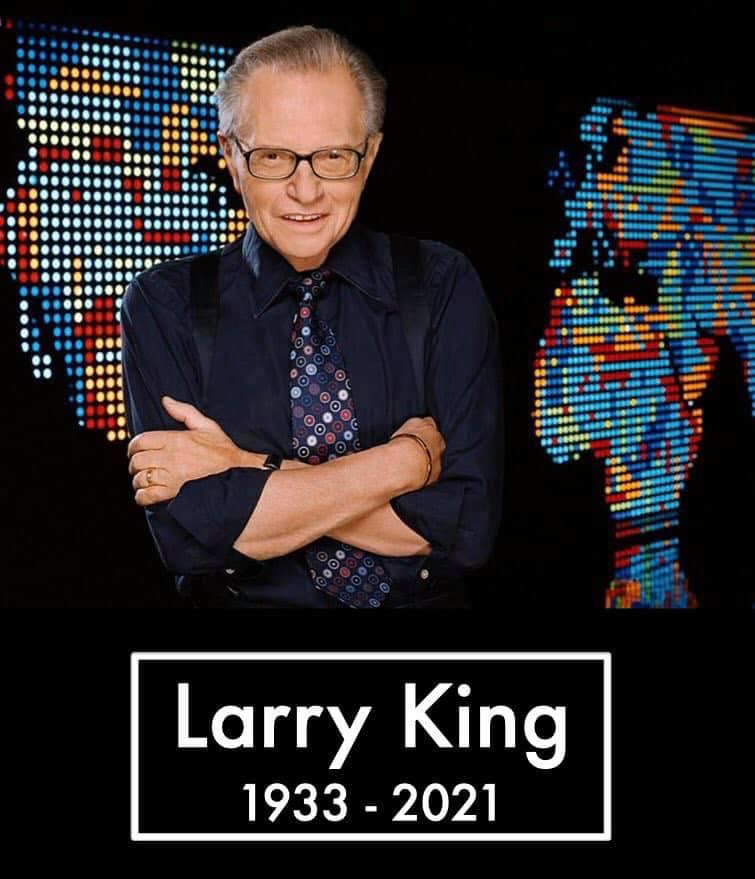 A statement was posted on his verified Facebook account announcing his passing. His son, Chance, confirmed King’s death Saturday morning.

Ora TV, co-founded in March 2012 by King, issued a statement saying, “With profound sadness, Ora Media announces the death of our co-founder, host and friend Larry King, who passed away this morning at age 87 at Cedars-Sinai Medical Center in Los Angeles,” the statement said.

“For 63 years and across the platforms of radio, television and digital media, Larry’s many thousands of interviews, awards, and global acclaim stand as a testament to his unique and lasting talent as a broadcaster.”

The statement did not give a cause of death.

Over the years King has battled a number of health problems. He was hospitalized in Dec. 2020 with Covid-19 at Cedars-Sinai. In 2017 he announced that he had been diagnosed with lung cancer and successfully underwent surgery to treat it. He also underwent a procedure in 2019 to address angina.

King is regarded as one of the greatest talk show hosts of all time. As host of “Larry King Live” on CNN for over 25 years, he interviewed presidential candidates, celebrities, athletes, movie stars and everyday people. He retired in 2010 after taping more than 6,000 episodes of the show. He went on to host “Larry King Now” which ran for 8 seasons with 1000 episodes.

King was also an LGBTQ ally oftentimes putting a spotlight on LGBTQ issues. He spoke at length about the lesbian, gay, bisexual and transgender (LGBT) rights movement in a candid discussion with Dave Rubin back in 2016.

He frequently had guests on his shows that either identified as LGBTQ or were allies to the community allowing them to highlight LGBTQ issues. Such guests included: Dolly Parton, Tyler Oakley, Betty White, Margaret Cho, Fran Drescher, Lily Tomlin, Kathy Griffin, Jane Lynch, George Takei and many others.