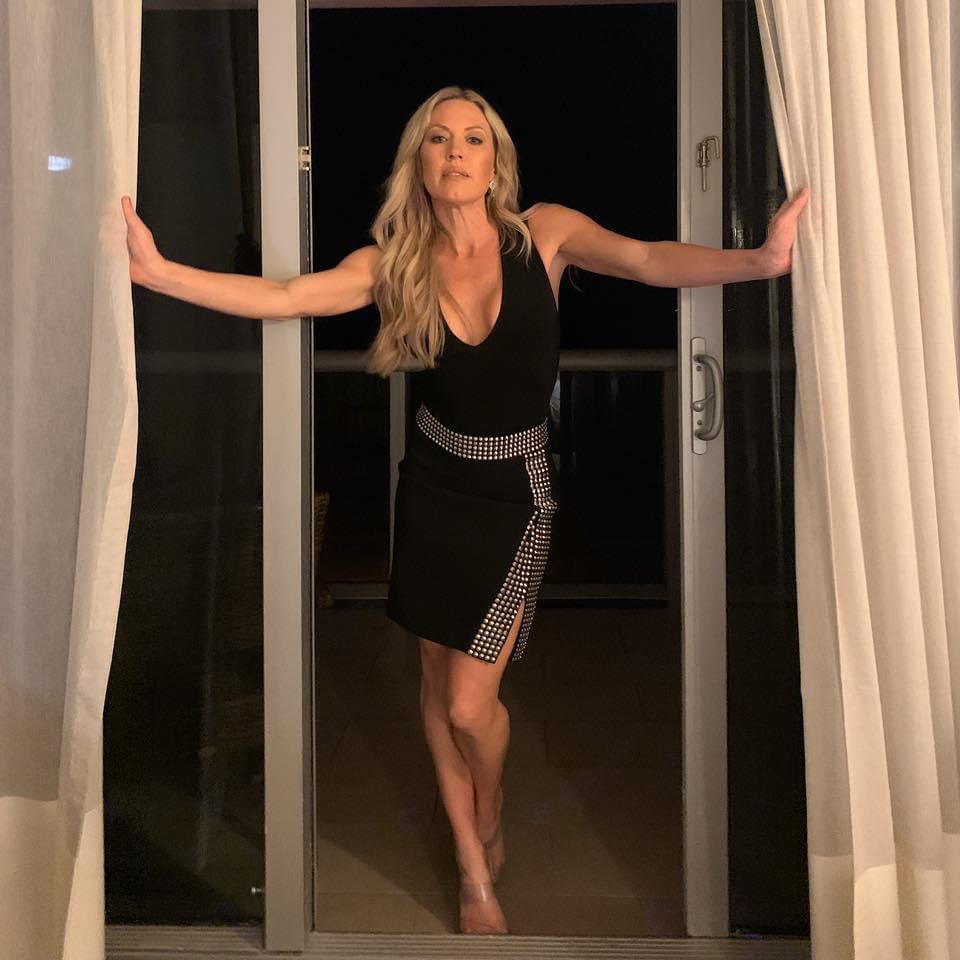 Braunwyn Windham-Burke star of Real Housewives of Orange County has come out as a lesbian.

In an interview with GLAAD Windham-Burke stated it has taken her 42 years to come out and that she has never been attracted to men but plans to remain married to husband Sean Burke.

She stated, “I’m finally comfortable enough to say: I like women. I’m gay. I’m a member of the LGBTQIA+ community. I’m a lesbian,” Windham-Burke continued “And it has taken me 42 years to say that, but I’m so proud of where I am right now and I’m so happy where I am. To be able to be comfortable in my own skin after so long is just so nice.”

Windham-Burke didn’t waste any time letting the world know she was comfortable coming out of the closet and also announced she was also seeing a woman named Kris.

She and her girlfriend have been spotted together during a lunch date at Conservatory in West Hollywood and aside from sharing that her new lovers name is Kris, Braunwyn hasn’t revealed any personal information about her new person.

The reality star met her girlfriend on a dating site back in September and have been seeing each other romantically since then. Kris has met Braunwyn’s husband Sean and have even had a few dinners together with their seven children.

Although there have been rumors about Braunwyn and her long-time husband, Sean Burke, splitting up and ending their 20 years of marriage after the star announced back in October that they were living in separate homes.

Braunwyn claims they have no such plans and remain to stay together as a family. “Honestly, we are in uncharted territory. I don’t have a role model for this. I don’t have anyone to go to for answers. So right now, we’re just doing our own way. You know, Sean and I are still married. I plan on staying married … we’re raising the kids together. He’s my best friend,” she said.