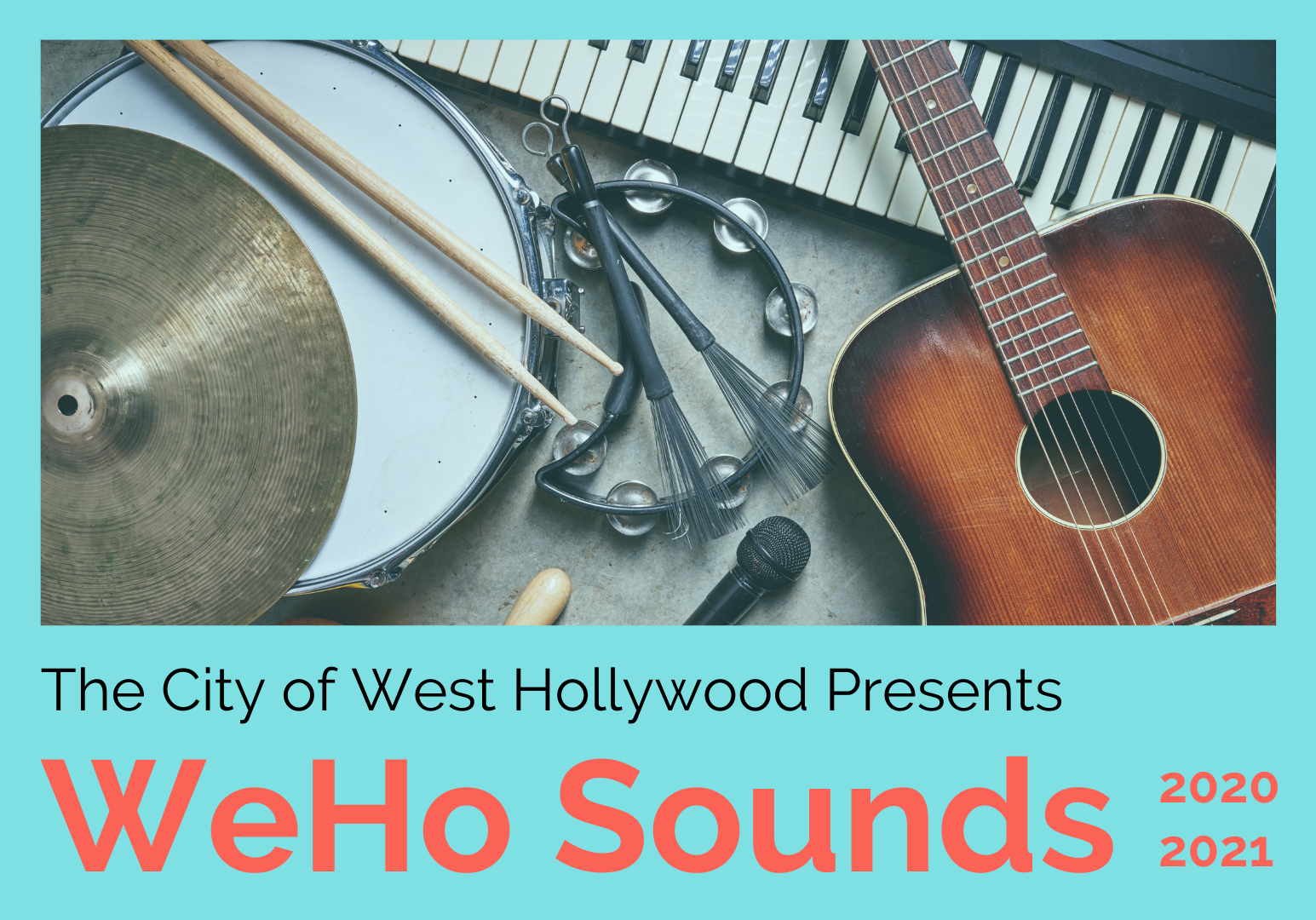 The City of West Hollywood is launching its 2020-21 WeHo Sounds Free Virtual Concert Series, which will take place on Friday evenings at 6 p.m. WeHo Sounds will help kick-off your weekend with a music-filled ‘happy hour’ of sounds.

The second performer in the series will be Pasadena-based R&B singer-songwriter Astyn Turr on Friday, Dec. 4th, 2020 at 6 p.m. Turr is the featured background vocalist on Emmy nominated and Grammy and Tony award-winner singer/actor Leslie Odom’s latest album Mr.

Friday, Jan. 15th, 2021 at 6 p.m. will feature Steve Thachuk & Sarah Wass. Thachuk is a classical guitarist who in recent years has returned to his roots as an electric guitarist, transcribing and arranging shows for rock bands touring with orchestras. Wass is a flutist, educator, and musical omnivore who performs with orchestras, new music groups, and other singer-songwriters. Their concert will feature a blend of Chamber and Classical, as well as World and Rock music.

Friday, Jan. 29th, 2021 at 6 p.m. will feature KATALYST. Katalyst is much more than a Soul Jazz band – it is a collective of producers, composers, musicians, and writers that represent a veritable Who’s Who of the Los Angeles jazz community. Katalyst has played in various venues such as the Disney Concert Hall and with artists such as Talib Kweli & Hi-Tek. Katalyst is also the creator of #inglewoodstock, a mini-festival featuring local bands and vocalists.

Chris Hutton will perform on Friday, Feb. 12th, 2021 at 6 p.m. Los Angeles based singer-songwriter Chris Hutton’s music is a sophisticated blend of raw emotion and meticulous musicianship. Deeply personal lyrics and performances are set against a buoyant pop aesthetic to create a sound that A&R Factory describes as “tangibly magnetic.” Chris Hutton is all passion, musicality and infectious energy.

The series finale on Friday, Feb. 26th, 2021 at 6 p.m. will feature Satin Ragdoll and The Misfit Toys. Influenced by Sarah Vaughan, Peggy Lee, and Ella Fitzgerald, Satin Ragdoll and The Misfit Toys is a pre-1920s through 1960s jazz band led by vocalist Loren Marie Story. Always dressing the part in vintage splendor, they bring modern instrumentation to classic songs while honoring their original mood and style.

To tune in to the concerts visit www.weho.org/wehosounds at the specific times listed above.