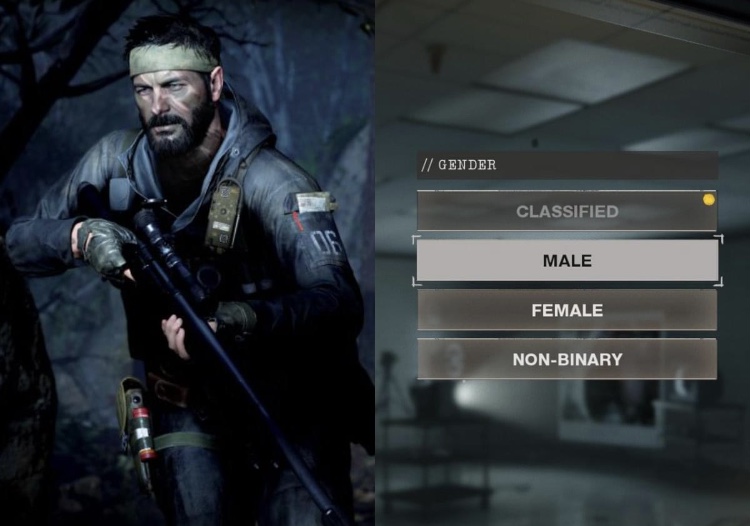 The newest game and seventeenth installment of the Call Of Duty series, Call Of Duty: Black Ops Cold War, a first-person shooter video game developed by Treyarch and Raven Software and published by Activision has increased representation for individuals who identify as non-binary.

Black Ops Cold War is set during the early 1980s of the Cold War. Its campaign follows CIA officer Russell Adler as he pursues Perseus, an alleged Soviet spy, whose stated goal is to subvert the United States and tilt the balance of power toward the Soviet Union.

The game allows players to choose their gender for lead character Russell Adler by picking male, female or a non-binary option  which is a first for the series’ single player mode.

This was changed after early reveals of the video game in August revealed that users eager to play as imperialist war-hungry killers could list their custom character’s gender as male, female, or “classified”.

After the criticisms it appears that following the game’s official release on Nov. 13th, developers have kept the ambiguous word “classified” but added a non-binary option alongside of it.

This has also sparked some outrage in the heterosexual gaming community, most of whom are right-wing users, who have taken to social media to voice their “outrage”, and took aim at Call Of Duty, levelling it as “left-wing propaganda”.

As a result, countless LGBTQ+ users poked fun at just how ironic and conflicting the situation is. A leap in inclusivity in video games with a game that has you serve a president who referred to AIDS as the “gay plague”.