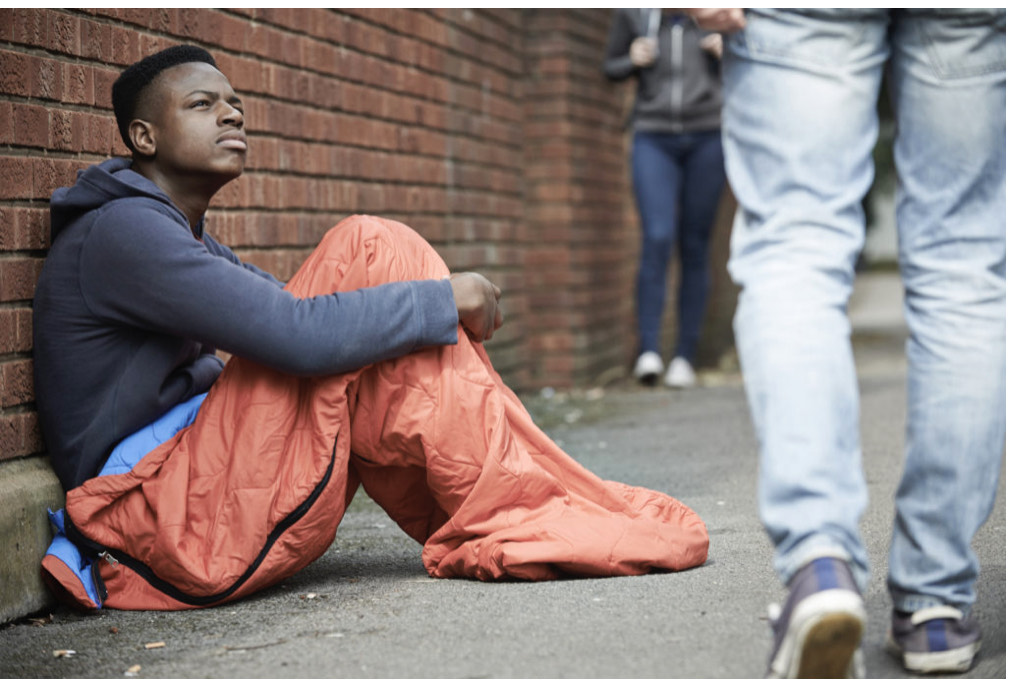 A topic that has not garnered as much attention as it should is that of foster youth in Los Angeles especially LGBTQ foster youth that then become homeless.

According to the Los Angeles LGBT Center up to 40 percent of homeless youth identify as LGBTQ and one of the primary hardships that they face is discrimination based off of their sexual orientation.

Santerous Colbert and John Cumper, both USC students pursuing masters of social work, are passionate about bringing more attention to this issue inspiring them to pursue social justice reform in graduate school.

Colbert was brave enough to share some of his experience with The Pride LA, describing his experience as an LGBTQ person who went through the foster system and how hard it was to transition to independent living. “I honestly didn’t know anything about a transitional living program upon leaving foster care. My foster sister informed me of the benefit and I was advised to reach out to my ILP coordinator. Nervous and anxiety played a huge part due to me moving out of my hometown area. However, it allowed me to adjust to my new environment of living and build meaningful and resourceful connections and relationships with people. Some of which I still have to this day.” Colbert continued how he overcame those obstacles, “I acknowledged that I didn’t have the power to change my troubled past. Instead, I channeled my energy into my education and set goals for my self. The challenges I faced (i.e. homeless, incarceration, gay bashing etc) allowed me to see these components as my greatest strengths rather than weakness. My motivational factor was ‘There is power in testament and solution in struggle.’”

Like Colbert many of these youth face several issues when transitioning out of the foster care system and into independent living. Some ultimately become homeless because of these issues.

Because of the discrimination that LGBTQ homeless youth face, they must struggle daily to meet their survival needs, such as attending to personal hygiene and finding food and shelter. Not to mention the toll that having to live on the streets takes. The vulnerability of living on the streets can be damaging both physically and emotionally.

Youth, aged 15-24, that identify as LGBTQ have a higher chance (120%) of becoming homeless than those of their heterosexual peers. It is estimated that half of youth aging out of foster care are homeless within 18 months.

The stigma associated with homeless LGBTQ youth explains why most are battling depression and struggling with deteriorating mental health. It is this very discrimination and bigotry that has led to many of these youth being ostracized by their families and ending up on the streets without any other options.

Despite their situation and overwhelming obstacles, the majority of LGBTQ foster youth stay hopeful and look forward to changing their current situation in life. However some of these youth find themselves fighting addictions while others are broken and on the verge of giving up because of the circumstances they face daily. According to a study from The American Academy of Pediatrics attempted suicide for LGBTQ youth attempt was 20% greater than that of heterosexual youth.

Colbert also struggled in that regard and when asked what message he had for the current foster/homeless youth that identify as LGBTQ he said, “Don’t give up and allow your circumstances to overcome you. Understand that you won’t go through turmoil forever. Seek therapy if needed and connect with those who will provide you a positive environment to grow from.” He continued, “You have a story to tell and you must go through what you are going through to tell it. Think about the little boy and little girl that’s not here yet. He or she will need your story!”

Los Angeles is taking steps to find solutions to these issues. The LA County Department of Children and Family Services partnered with current and former homeless LGBTQ youth members of the LA County Trans and Queer Youth of Color Task-force to incorporate input and feedback that is informed by firsthand experience.

In return the Task Force recommended a set of seven implementations:

Hopefully these recommendations will be put into place and they will help the city of Los Angeles put an end to foster youth who become homeless, especially those that identify as LGBTQ.