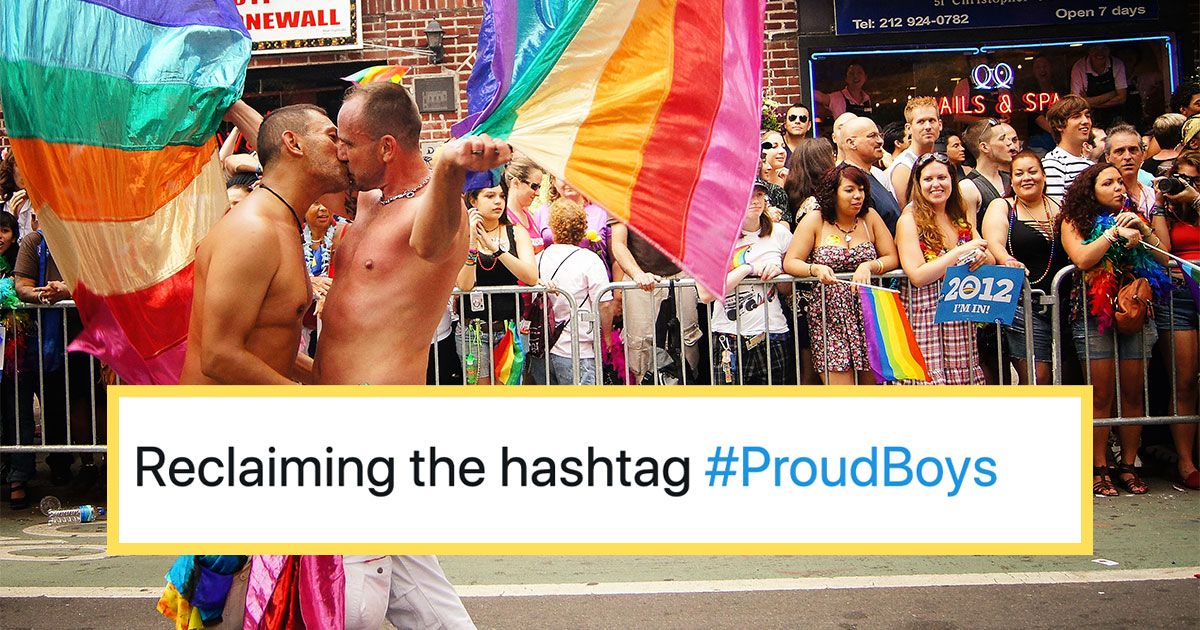 Following the first presidential debate between Vice President Joe Biden and President Donald Trump, gay men throughout the country have taken to social media after a statement was made by President Trump when he refused to denounce white supremacy and stated “Proud Boys, stand back and stand by.”

There is no doubt that the Proud Boys, a far-right group with a history of white nationalist ties, violent confrontations and labeled as a hate group by the Southern Poverty Law Center, were invigorated by Trump’s statement. The self-described, men-only “Western chauvinist” group had already been energized by the Trump administration’s actions.

But it wasn’t only the Proud Boys who were mobilized by Trump’s words, the LGBTQ community were quick to hatch a battle plan of their own.

Thousands of gay Twitter users flooded the platform with pro-LGBTQ images, tagging those posts with #proudboys.

The hashtag trended in North America with gay Twitter users sharing images of themselves, their spouses and other gay people.

The Proud Boys have no official presence on Twitter since the social media site banned them in 2018 for the use of toxic and abusive language, so they spent the last few days in gleeful celebration over their newfound, Trump-fueled fame on Parler, a two-year-old social media app popular among conservatives. And it’s their absence on Twitter that allowed gay activists to take control of #proudboys.

In response to the takeover the angered group The Proud Boys took to Parler with the same type of hate speech that got them kicked off of Twitter in the first place. Enrique Tarrio, the Proud Boys’ chairman, said in a separate Parler post that the left was attempting to turn the group’s name into “a slur” and that the gay pride campaign with #proudboys was an attempt “to drown out the voices of our supporters.”

Back on Twitter users continued to flood the site with posts and images that were gay friendly using #proudboys answering hate with love.