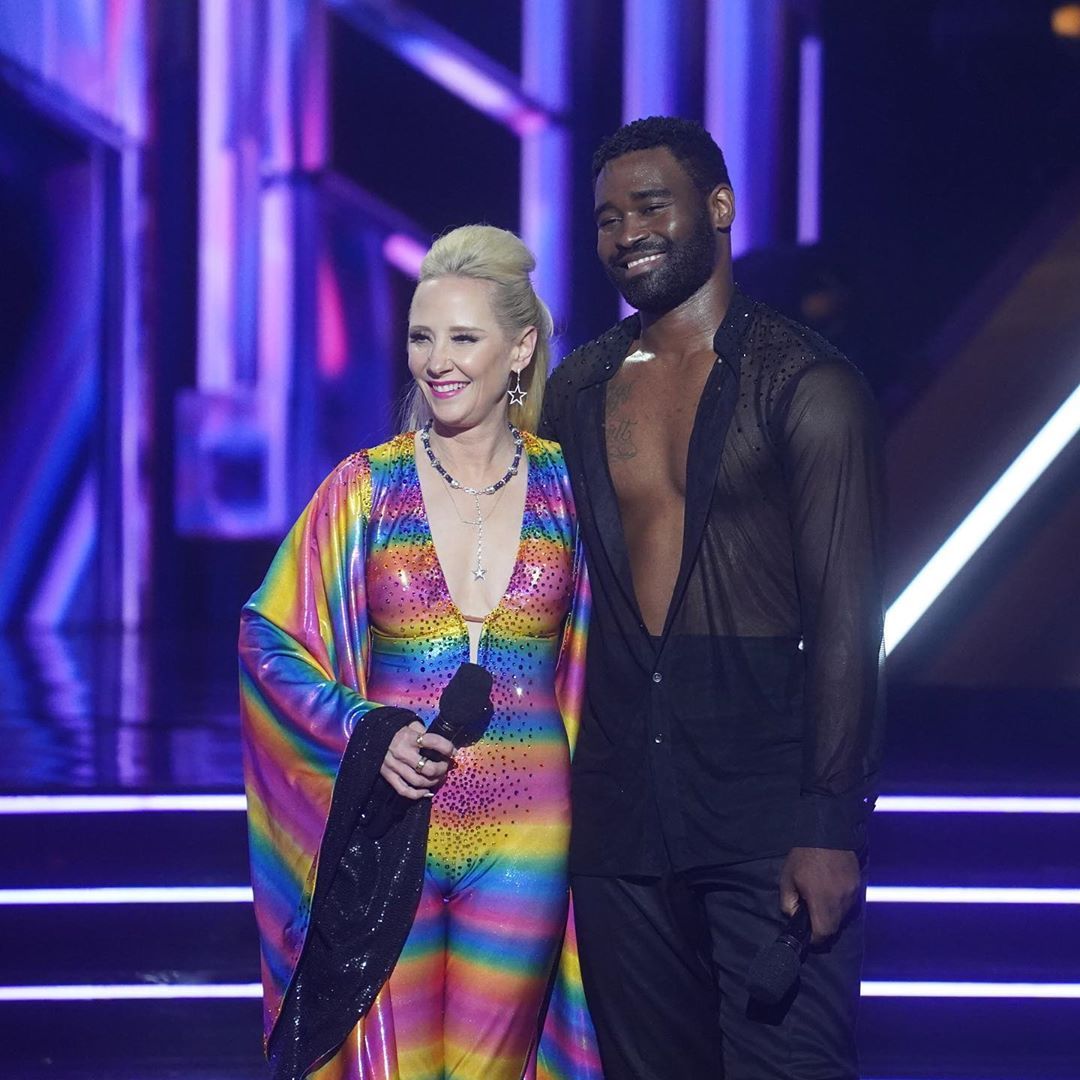 After four weeks on season 29 of the ABC reality dance competition Dancing With The Stars (DWTS) Anne Heche has been eliminated after viewers — and show judges — were left confused when new host Tyra Banks announced that “Cheer” coach Monica Aldama and her partner, Val Chmerkovskiy, were safe, when in reality they were in the bottom two.

Banks then announced that Heche, 51, and partner Keo Motsepe and Vernon Davis and Peta Murgatroyd were in the bottom two, leaving Chrishell Stause and Gleb Savchenko lingering on stage confused.

This was Heches’s second consecutive week in the bottom two, after performing a Paso Doble, during which she unveiled a rainbow-colored outfit that was representative of her own journey.

After the elimination results were announced the actress furiously stormed off the set and drove off the lot without speaking to the press.

When asked why that was her initial reaction Heche stated, “The honest truth is that it took 20 years to process and share that story, so finally, telling it and being voted off on the same night was not the best feeling.” She added,“It did feel good to tell my story to show that we have come a long way, and we see things with more acceptance now — even though we are not all the way there yet, it’s important to recognize how far we have come.”

While preparing for the dance during rehearsals, Heche opened up about her past relationship with Ellen DeGeneres, whom she dated from 1997-2000.

“My movie premiere for Volcano, I had told them that I was taking Ellen as my date and I was told if I took Ellen I would lose my Fox contract,” Heche claimed. “At that moment, she took my hand and said, ‘Do what they say’ and I said, ‘No thanks.’ I took Ellen to the premiere and I was ushered out before the movie even ended and was told I was not allowed to go to my own after party for fear that they would get pictures of me with a woman.”

“She was warning me, ‘This is going to happen,’ ” Heche said. “I was in a relationship with Ellen DeGeneres for three-and-a-half years and the stigma attached to that relationship was so bad that I was fired from my multi-million dollar picture deal and I did not work in a studio picture for 10 years.”

Although Heche and Ellen DeGeneres haven’t stayed in touch — “I have not spoken to Ellen in years,” Heche says— the actress is grateful that DWTS gave her the platform to open up about that chapter of her life.