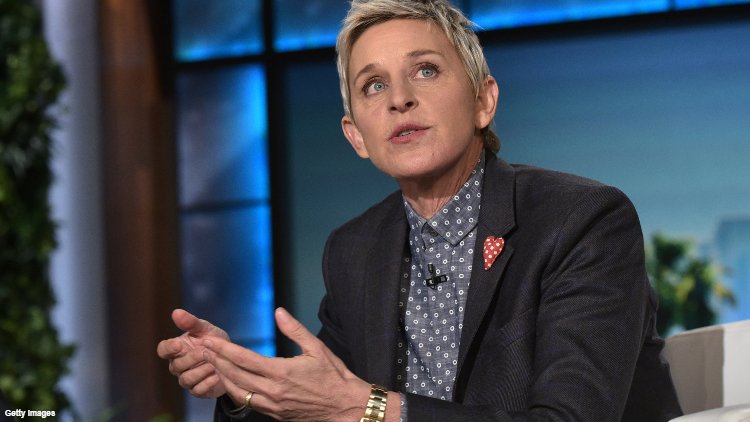 The host herself Ellen Degeneres and top executives at Ellen Degeneres Show are under internal investigation by WarnerMedia after accusations against them have come to light. Recently producers of the show have been accused by current and former employees of engaging in sexual misconduct and harassment. The host herself has been accused of making the workplace toxic and unhealthy.

Head writer and executive producer in particular, Kevin Leman, has been accused by a male employee of asking him if he could give him a hand job or perform oral sex in a bathroom at a company party in 2013. Another employee said they separately saw Leman grab a production assistant’s penis.

In May 2017, another former employee also said she saw Leman grope a production assistant in a car and kiss his neck.

Nearly a dozen former employees, who range from longtime, senior-level employees to production assistants, said it was also common for Leman to make sexually explicit comments in the office, like pointing out male colleagues’ bulges in their crotches, or ask them questions like, “Are you a top or a bottom?”

Many of Leman’s targets were lower-level and younger employees who felt they lacked any power to speak up.

In a statement after this article was published, Leman said “I started at the Ellen Show as a PA more than 17 years ago and have devoted my career to work my way to the position I now hold. While my job as head writer is to come up with jokes — and, during that process, we can occasionally push the envelope — I’m horrified that some of my attempts at humor may have caused offense, I have always aimed to treat everyone on the staff with kindness, inclusivity and respect. In my whole time on the show, to my knowledge, I’ve never had a single HR or inter-personal complaint made about me, and I am devastated beyond belief that this kind of malicious and misleading article could be published.”

Leman wasn’t the only top executive producer accused, his colleagues Ed Glavin and Jonathan Norman were also named in the accusations.

Ellen Degeneres, the Emmy award winning talk show host herself, has come under accusations as well. Many former employees have accused Degeneres of making the workplace hostile and toxic.

On July 30th,  Degeneres broke her silence and apologized following previous claims of racism, intimidation and unjust firings in a memo to her staff.

She began, “On day one of our show, I told everyone in our first meeting that ‘The Ellen DeGeneres Show’ would be a place of happiness – no one would ever raise their voice, and everyone would be treated with respect. Obviously, something changed, and I am disappointed to learn that this has not been the case. And for that, I am sorry. Anyone who knows me knows it’s the opposite of what I believe and what I hoped for our show.”

Celebrities are also starting to take sides. Actor Brad Garrett expressed himself in a tweet saying the alleged mistreatment her employees faced comes as no surprise and actress Lea Thompson quickly supported his statement.

In April, the allegations first came to the surface, as unnamed members of the production team claimed they were left uninformed as to the status of their pay or employment amid the early stages of the coronavirus pandemic.

The Ellen Degeneres Show, which has been in the air since 2003 and has run for 17 seasons may even shut down amidst the gathering accusations. A Telepictures source claimed, “She [Ellen] feels she can’t go on and the only way to recover her personal brand from this is to shut down the show.”

While the host hinted at not having full knowledge of the alleged bullying off-camera, the Telepictures source claimed she “knew what was going on.”

The insider continued, “It’s her show. The buck stops with her. She can blame every executive under the sun — but Ellen is ultimately the one to blame.”