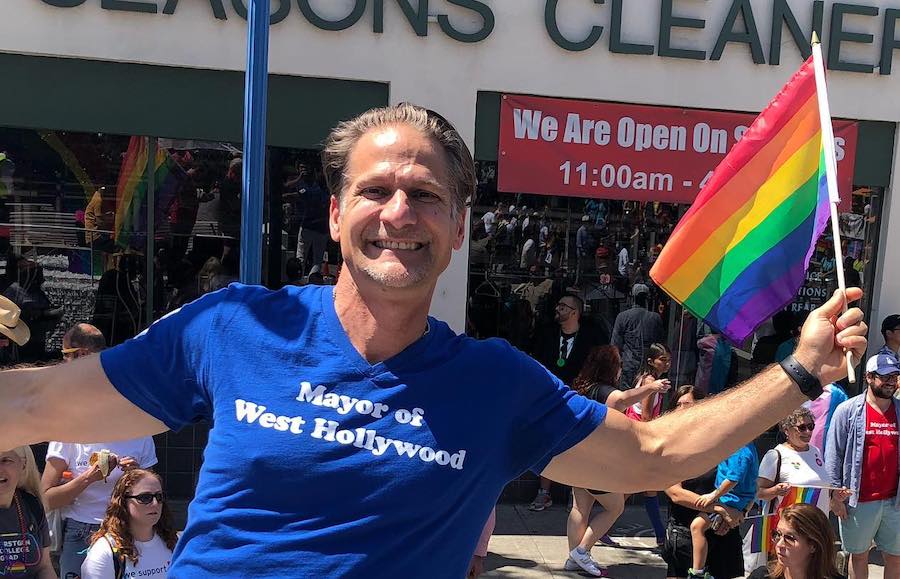 West Hollywood City Hall announced on Wednesday March 18 that D’Amico had the COVID-19 virus and was in self-quarantine.

“The Mayor is taking every precaution as directed by his physician and public health directives. He is home resting and practicing an abundance of self-care,” read a city press release.

The 57-year-old D’Amico, who is HIV-positive, was not present at the March 16 City Council meeting, instead participating in that meeting via telephone as he was not feeling well. D’Amico reported he began feeling achy that morning and had a fever by that night. He was tested for the coronavirus on March 17 and received the results a day later.

Meanwhile, the West Hollywood City Hall building was quickly evacuated once news of D’Amico’s positive test result was received. The city plans to immediately sanitize the city hall building and all other city-owned facilities.

The city hall building has been closed to the public since March 17 and is now closed to employees as well. Despite that, city business will continue as city hall employees will now be working from home, something they were already scheduled to begin doing on March 19 as a coronavirus precaution.

D’Amico is not believed to have been in the city hall building for the past week, but has been in contact with some city employees, including City Manager Paul Arevalo. D’Amico and the other four West Hollywood Councilmembers all have day jobs and only work part time as councilmembers. It is not unusual for the councilmembers to only come into city hall a few times a month as they conduct much of their city business via phone or email.

D’Amico’s husband, Keith Rand, is in quarantine with him, although he has not shown any symptoms and has not yet been tested for COVID-19. D’Amico and Rand have been partnered since 1992 and married since 2008.

A native of Detroit, D’Amico first came to Southern California in 1981 to attend college at California Institute of the Arts. D’Amico was first elected to the City Council in March 2011, after previously serving on the city’s Human Services Commission and later the Planning Commission.

Those numbers are expected to rise exponentially in the coming days as more coronavirus tests become available.

Because of the COVID-19 pandemic, the City of West Hollywood has cancelled all city meetings (except for City Council and Planning Commission) and city-sponsored events through June 30. That cancellation forced LA Pride, scheduled for June 12-14 in West Hollywood Park, to postpone its LGBT pride festivities to a date still to be determined.

Similarly, on March 16, Los Angeles County closed all bars, restaurants, movie theaters, entertainment venues and gyms within the county until March 31 in an effort to curtail spread of the coronavirus. However, that period may be extended if needed.

Meanwhile, at its March 16 meeting, the West Hollywood City Council declared a state of emergency because of the coronavirus pandemic, something that allows the city to more easily access emergency funds at the state and federal level.