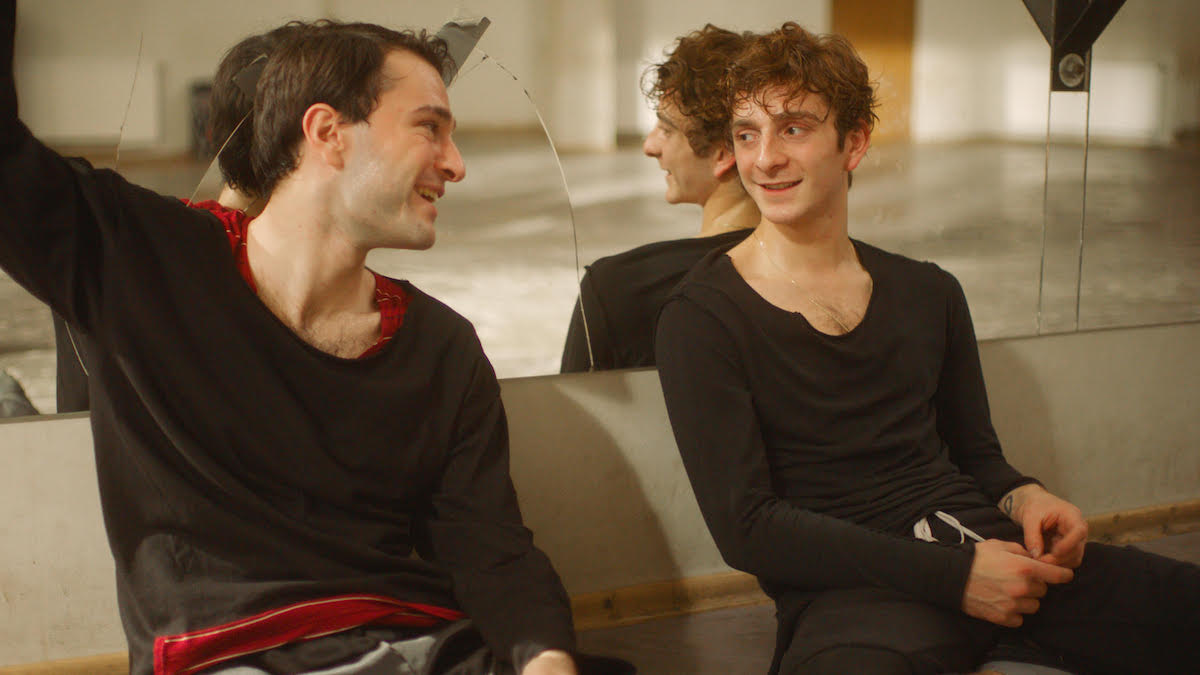 Under the deft, delicate hand of Swedish director Levan Akin, who is of Georgian descent And Then We Danced is a tender love story that combines the long-standing tradition of exciting Georgian folk dancing, which just about every child learns growing up, with the awakening of forbidden feelings that could result in violence and ostracization from one’s peer group.

Young Merab, exquisitely acted and danced by Levan Gelbakhiani, grew up in a family of dancers, beginning with his grandfather and grandmother, who danced at La Scala, and later passed down the tradition to his now divorced mother and father. Dancing since he started walking, this gifted dancer is enrolled in a dance class in Tbilisi, under the strict, almost cruel direction of Aliko, wonderfully played by Kakha Gogidze who has no tolerance for anything but sheer perfection. Merab trains vigorously in the hopes of some day being accepted into the most prestigious dance company in Georgia – the National Georgian Ballet. His dance partner in the extremely complex, heart-thumping routines is Mary, another wonderfully skilled dancer played by Ana Javakishvili. Both on the dance floor and socially, they are the best of friends and although Mary would like to take their relationship to the next level, something holds Merab back from such a commitment. Unfortunately, every family has one problem child and his older brother David, well played by Giorgi Tsereteli, fits the bill as the son who drinks and gambles and fails to show up to dance class consistently and eventually is thrown out of the rehearsals. One day, a new dancer named Irakli, sensually played and danced by Bachi Valishvili, joins the ensemble. Merab is mesmerized by his dancing and new feelings arise inside of him, which he doesn’t know how to process.

With his family finances in short supply, Merab contributes to the upkeep of their extremely modest home by turning over his meager salary and occasional tips earned working at a local restaurant where he packs up leftovers and brings them home for dinner. His grandmother basically runs the household as his mother sleeps away most of the day. Although there is almost abject poverty, the family dynamic is warm, affectionate, and supportive. With their electricity turned off because of lack of payment, in what David considers a grand gesture, he arrives home with enough cash to turn the lights back on, but the source of this income is dubious.

Back at the studio, feeling both threatened and attracted to the new, sexy dancer, Merab shows up early every day to practice the very complex, physically demanding routines. Not only is he fascinated by this Adonis of a man with a “bad boy” air about him, he is also in competition with him for that coveted spot with the National Georgian Ballet. Bypassing Mary, the dance master teams the two of them up where they dance a routine fraught with sexuality at the end of which he warns, “There is no sexuality in Georgian dance.” Eventually the two of them make the cut and will audition for that prized spot.

Illuminating the fun, carefree spirit of these young dancers, some of them are invited to spend a weekend at Mary’s lovely home in the country. Swedish cinematographer Lisabi Fridell beautifully captures the fun scenes of free form dancing, lots of smoking, and a wonderful outdoor picnic where the dancers are seated at a long table ladened with fabulous ethnic food, which by the way, we see throughout the film. Mary always offers her cigarettes, which she says are from London because “The Georgian cigarettes are cigarettes the Europeans won’t smoke.” It is during this fun-filled weekend that Merab and Irakli connect in a most tender physical resolution and Merab is free at last to admit to himself the truth of his sexuality. But when Irakli strangely disappears, Merab’s dancing is severely impacted and some of the other dancers now refer to him as a “homo.” When Irakli finally resurfaces, his truth is not something this young dancer was expecting. In one of the most dramatic scenes in the film, Merab auditions for the slot, and his pulsating, heartbreaking dancing will leave you breathless.

Director Akin has directed this film with deep attention to the life and times of these teenagers capturing the hearts and souls of this highly gifted group of dancers who are also outstanding actors – sometimes a difficult combination to achieve. He shot the love scenes between Merab and Irakli in the most exquisite, highly artistic manner leaving to one’s imagination exactly what was transpiring. For the tender Merab, this is his first homosexual experience, forbidden in an ultraconservative country, and we see the angst of a first love and the innocence, excitement, and ultimate disappointment from that ever so brief encounter.