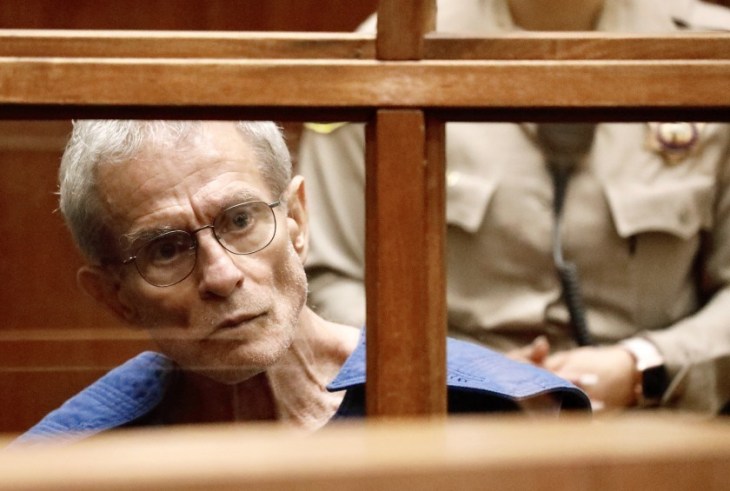 As this year quickly comes to a close, we begin to reflect. Where we were, how far we’ve come. We thought it would be a good idea to give you a list of our top stories of the year:

A third gender option is now available on California driver’s licenses and state identification cards. This is a major victory for non-binary or gender non-conforming folk, as it could help set precedent for nation-wide reforms.

A federal judge in California ruled Thursday, Feb. 21 that a son of a gay married couple in Brentwood has been an American citizen since birth, despite only his twin brother receiving citizenship at birth in 2016.

LETTER TO THE EDITOR: False Claims of Rainbow Flag Creator

(In response to the Pride L.A.’s “Flagging Your Page in History”

Lynn Segerblom, also calling herself Faerie Argyle Rainbow, has recently positioned herself as the creator or co-creator of the Rainbow Flag, the global symbol of the LGBTQ community.

Though complicated, Long Beach has a long-standing history in the LGBTQ+ community. From the iconic “Gayborhood,” to the plentiful classic gay bars, it seems a natural fit for the city to have its own Pride celebration.

Nothing short of traditions, LA Pride is almost here, bringing together old faces and new friends. Sworn in as mayor on May 13. John D’Amico will experience the Pride season for the first time as the mayor of West Hollywood.  Always a jovial time for the City, D’Amico is looking forward to the entirety of the Pride season. How will his perspective on the event change as the head of the City? The Pride L.A. spoke with D’Amico about the upcoming festivities. Check it out:

Are Drag Queens Hogging the Stage in LA?

July 16 is International Drag Day, an annual celebration that recognizes the art of drag all over the world. However, within the drag community, not everyone is getting their fair share of the spotlight. The drag world, it seems, is still a cis man’s world but for a handful of trailblazers on the Los Angeles scene who are doing their bit to make room on the stage for all drag artists.

A  wave of backlash is sweeping social media as people learn about the transphobic and homophobic abuse that transpired at Las Perlas over the weekend.

More than 39 million people in the U.S. are age 65 years or older including 2.4 million people who identify as LGBTQ+, according to the American Psychology Association.

As the baby boomer generation ages, the senior population will increase from 12.8 percent to an estimated 19 percent in 2030.

The Holiday season is coming up and I am going to be going back to my hometown for the holidays! My brother has never been totally supportive of my being gay and getting married to my partner. This year, I am taking my husband back to the hometown with me and my brother has called me and asked me not to explain the nature of my relationship to his son and daughter (they are 7 and 8) and let him describe us as just being friends. I feel this incredibly insensitive and unfair not only to me but to the children as well. Not sure what to do?

In honor of Hanukkah, the Pride LA spoke with Anna Goodman from JQ International about its recent “Gelty Pleasures” holiday event. Check it out:

Gelty Pleasures is the biggest and only Hanukkah celebration for all LGBTQ+ and ally Jews in Los Angeles!