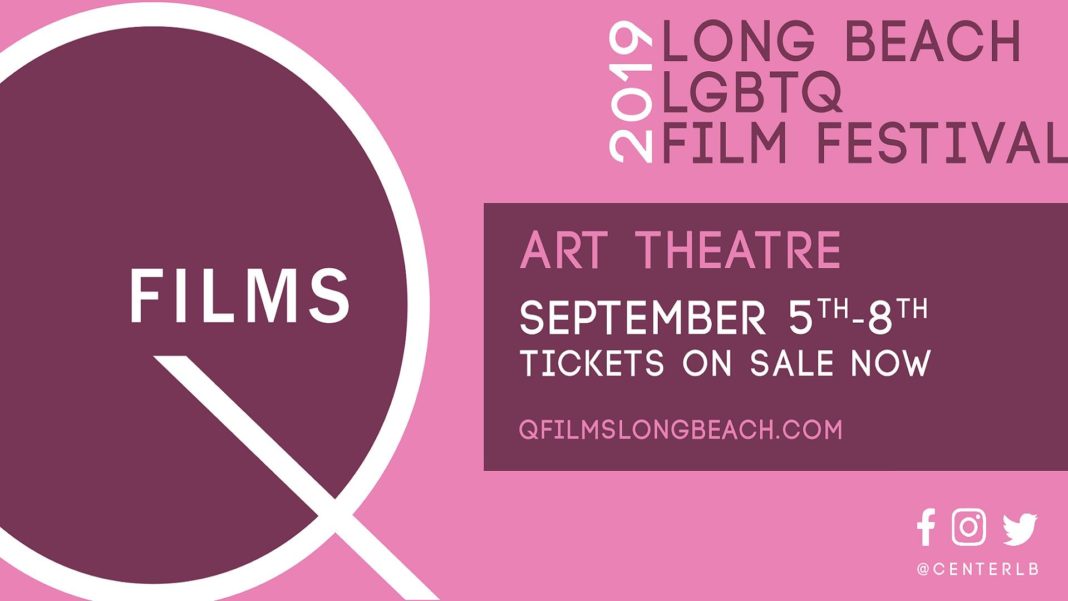 “QFilms continues to be one of the most anticipated LGBTQ events of the year,” Porter Gilberg, executive director of the Long Beach LGBTQ Center, said. “Guests can expect an incredible experience watching some of the most awesome LGBTQ short and feature films that they can’t see anywhere else in Southern California right now.”

What makes this QFilm Festival unique from past years is that this event is hosting a short film program dedicated to the LGBTQ+ Asian and Asian American experience.

“Our LGBTQ Asian Shorts program is a really diverse lineup of films spanning drama and comedy,” Gilberg said. “And our Queer & Trans Shorts program even has an animated film this year.  We’ve also moved brunch to the Filmmaker’s Lounge and added a special Sunday VIP all access pass for folks who want to munch in between our morning screenings.”

QFilms, which will be celebrating its 26th anniversary this year, will run from Sept. 5-8th. The event hosts over 2,000 people each year and welcomes an array of filmmakers and cast members ready to engage with audience members regarding their work.

The festival will open on the evening of  Thursday, Sept. 5 with an exclusive preview of the upcoming documentary, “Nelly Queen: The Life and Times of Jose Sarria.” The documentary, which still remains in production, showcases the life of the first openly gay candidate for public office in the United States. Following the screening, ticket-holders are invited to an opening night party at The Center, located next door to the Art Theatre.

“Our lineup is really solid this year, so it’s hard to pick out favorites,” Gilberg said. “The history buff in me is nuts about Nelly Queen, which is a documentary about the first openly LGBTQ person to run for office in California who also founded one of the oldest LGBTQ organizations in the country.”

Other notable films that attendees should keep an eye out for include, “Dykes, Camera, Action!,” which shines a light on lesbian filmmakers who chose to express their queer identity through movie making, “Nice Chinese Girls Don’t!,” a film showcasing the life of Kitty Tsui, a Chinese American lesbian poet, writer, activist, artist and Gay Games gold medal bodybuilder, as well as, “¡Gaytino! Made in America,” the film version of Dan Guerrero’s autobiographical play which travels through decades of Mexican-American history through a unique gay perspective.

Furthermore, QFilms will showcase an array of short films about queer and transgender members of the LGBTQ+ community. These films include, “Paisa,” a short film which aims to shine a light on the beauty of queer brown sensuality and body positivity, “Waking Hour,” which follows the story of Sofia, a young trans woman, who goes home with a cis man after a party and fears for her safety, and “Ponyboi,” a film about an intersex sex worker who discovers his worth after meeting the man of his dreams.

“We always have one theme and one mission which is to showcase films which embody the rich diversity of LGBTQ lives and experiences,” Gilberg said. “QFilms is a huge undertaking and we welcomed over 2000 people last year. Even with a crowd that big, we always manage to create an event that feels intimate, authentic, and enriching.”

Aside from enjoying an impressive line-up of LGBTQ+ filmography, guests can expect nightly parties, a VIP filmmakers lounge with an open bar and catering service, as well as Q+A sessions with cast members and filmmakers following movie screenings, Gilberg said.

Jury and Audience awards will be given to winning films in a variety of categories. All proceeds from the festival will benefit The Center.