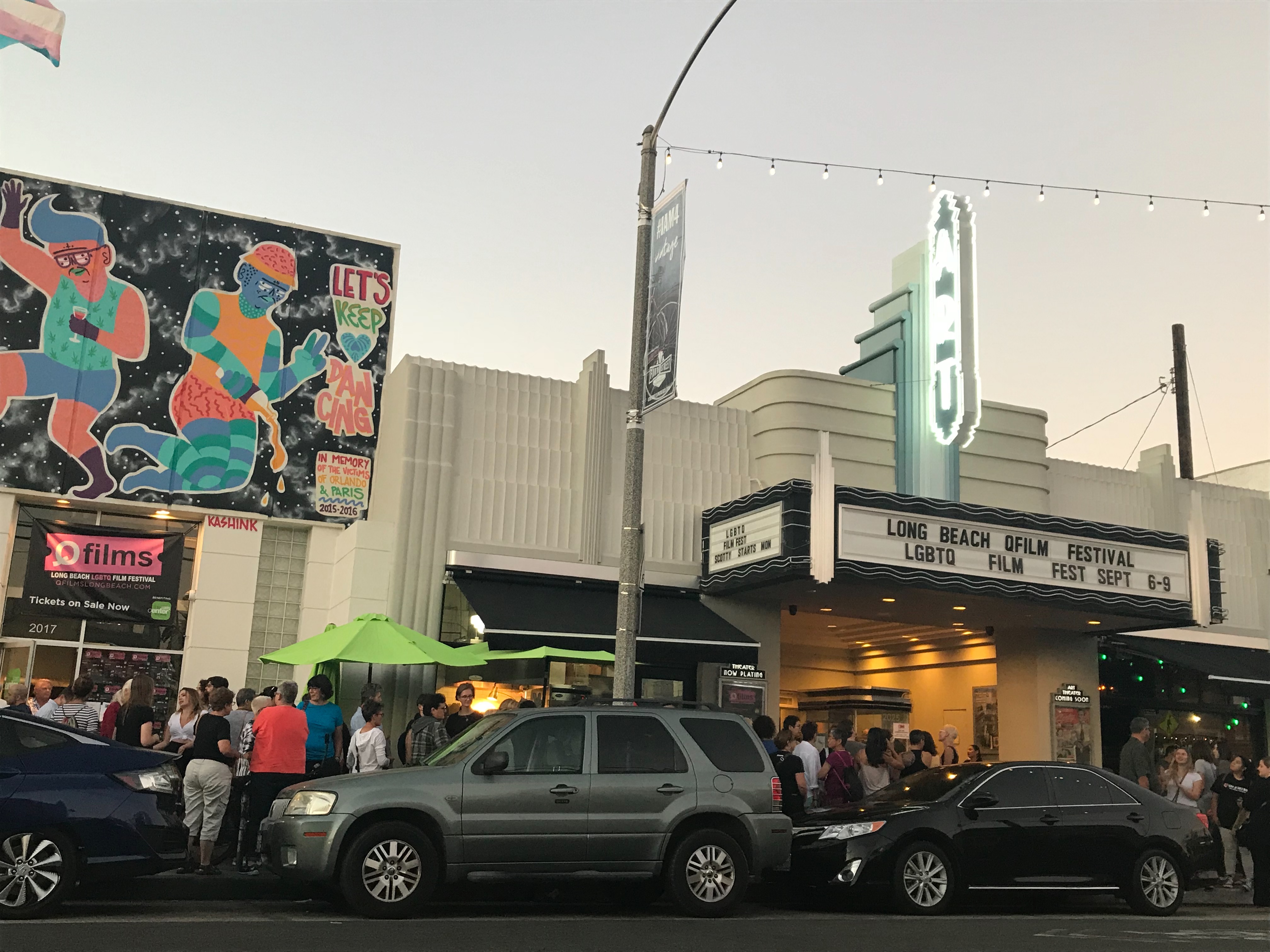 Long lines of LGBTQ+ people eager to see their community represented on the big screens at the Art Theatre were expected during the 25th annual Long Beach QFilms Festival over the weekend. Yet, it is far from its cozy beginnings from which this inclusive event originated.

This longest running film festival  in Long Beach successfully showcased a diverse array of stories, featuring LGBTQ+ people, through a mix of narrative features, documentaries and short films. With an average of 1,500 attendees each year — this festival has evolved substantially throughout the years. Festival founder Robert Cano shared that the QFilms’ inception was, actually, rather humble.

The very first Long Beach QFilms festival took place inside a small auditorium at California State University, Long Beach’s Student Union  — a venue with a maximum capacity of 200 people. Yet, 500 people unexpectedly showed up to the opening night.

The festival’s origin dates back to 1993 — during a period when the LGBTQ community was struggling through the HIV/AIDS crisis. Cano shared that he had become an expert when it came to preparing and taking chicken noodle soup to St. Mary Medical Center for his friends who had fallen victim to the epidemic. As a result of these difficult times that he witnessed the community face, Cano said that he felt that it was necessary to do something beneficial, and forward-looking, for the LGBTQ+ community.

“I wanted to show positive images of ourselves and see ourselves on the big screen portrayed in a positive way because their was so much negativity at the time,” Cano said. “Because of the AIDS crisis, we were labeled that it was our fault that it was happening. We were labeled dispensable by the government.”

Cano said that he felt that the media only negatively represented the LGBTQ community during the 1990s.

“I wanted to do something to honor the people that motivated me,” he said. “I said, ‘you know what, let’s start a film festival.’”

And thus, the idea for QFilms was born.

Since its inception in the early ‘90s, the QFilms Festival has received positive reception and a sizable turn-out of LGBTQ folk eager to see LGBTQ representation on the big screen.

“Our first opening night, we were showing this film called, ‘Together Alone,’ by P.J. Castellaneta.” Cano said. It was the hot, gay film at the time.”

As for this year’s opening night feature, attendees were treated with an inspiring, albeit heart-rending, documentary: “A Long Road to Freedom: The Advocate Celebrates 50 Years.” The festival has evolved greatly since its modest beginning — for example, at this year’s festival, 30 different films were shown from Thursday night through Sunday night.

Here are three of the festival’s most impactful films:

“A Long Road to Freedom: The Advocate Celebrates 50 Years”

This documentary vividly showcases the origin and evolution of the country’s largest LGBTQ publication, The Advocate. More than just a simple LGBTQ-interest publication, this bi-monthly magazine was founded before the famous 1969 Stonewall riots in New York City. The creation of The Advocate also simultaneously marked the initiation of the LGBTQ rights movment. Featuring compelling interviews, striking imagery and a delightful narration from transgender actress and activist Laverne Cox, this documentary provides an informative – and oftentimes, heartbreaking – look into the evolution of the LGBTQ community in the United States. The documentary starts by covering the overlooked 1967 demonstration at the The Black Cat tavern — a gay bar in Silver Lake. At the time, it was against the law for members of the LGBTQ community to display any sort of public affection and they were constantly persecuted by law enforcement. On Feb. 11, 1967, gay-rights activists publicly protested the incessant oppression they faced from police officers. This gay-rights demonstration came two years before the famous Stonewall uprising. The film goes on to cover the sexual revolution of the ‘70s, the AIDS epidemic, marriage equality movement and many other events composing LGBTQ history. Although the documentary is lengthy — its nearly 2-hour running time feels short when one realizes just how much history the film covers.

This QFilms entry, which was apart of the short films series, featured arresting storytelling and impressive acting alongside beautiful cinematography. The movie, written and directed by transgender filmmaker Kase Pena and Marlene Forte, told the story of a transgender woman of color struggling with relationship and family problems. The film’s protagonist is shunned by her family for being transgender, yet she is constantly used by the same family for financial gain. The film includes images of sex work, a topic which the filmmaker felt was necessary to include because it is a reality in the lives of countless transgender people. When asked what she would like audience members to learn from her film, Pena said, “I want people to see us as human beings not as a fetish, not as trash, we are human beings. The same as anyone else. We are transgender — that’s it. We have the same feelings, we experience the same emotions, we have the same needs, we have the need to love and be loved. To respect and be respected and to have jobs that we can live off of.” The short film strongly portrays the struggles of a marginalized community that is constantly misunderstood and underrepresented.

This Argentinian coming-of-age tale chronicles the friendship of two young men, Lorenzo, a book-smart yet timid teenager, and Caito, a troubled adolescent who had a falling out with his father and was invited to move in with Lorenzo’s family. The two end up spending a great deal of time together and become a strong network of support for eachother. However, Lorenzo begins developing a passionate crush for Caito — one that is not reciprocated. This is a classic archetype for questioning youth: falling for the straight best friend. Relatable narratives such as this make the film reminiscent of many questioning adolescents’ journeys as they come to terms with their LGBTQ+ identity. As a result of Director Martin Deus’ direction, the film provides delightful insight into a situation involving a gay teenager’s first-love. Although the story has plenty of comedic moments, thanks to a witty script filled with realistic Latinx dialogue, it also has a great deal of tragic-yet-touching scenes. To say the least, one should come prepared to walk out of the theatre feeling as emotional as Lorenzo.