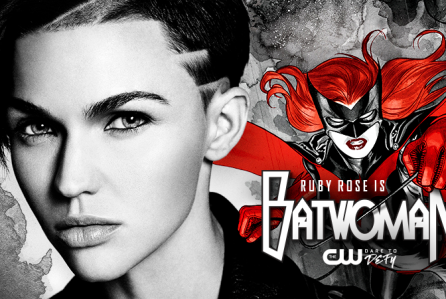 There’s something about the otherness of the comic book world that draws the queer community in. Being an outsider trying to prove their rightful place in society is no strange feeling to members of the LGBTQ+ community.

“We too can be superheroes, we too can be blessed and uplifted. We too are deserving of respect,” Brian Anderson, the creator of gay Mormon superhero comic book series “Stripling Warrior, said in a commentary published by Autostraddle. “Because it’s when we tell our stories — even if they are draped in capes, costumes, and outlandish code names — that we have the power to shape society.”

With Comic Con hitting Long Beach just this past weekend and Los Angeles Comic Con coming up the following month, it is exciting to see what kind of LGBTQ+ representation will be present at one of the largest comic book expos on the west coast.

The comic book world has not always been a welcoming platform for the LGBTQ+ community. In 1954, Dr. Frederick Wertham published a book called “Seduction of the Innocent,” which accused comic books of being a bad influence on children because of “perceived sex appeal, rampant violence and suggestiveness regarding homosexuality,” William Lindus reported for Medium. With that, the Comics Code Authority (CCA) was created and censored explicit queerness from appearing in print. By the mid-’90s, though, comic book companies were working around CCA regulation, and by 2001 Marvel, in a groundbreaking move, rejected the CCA entirely. Fast forward to today, and the LGBTQ+ community is thriving on the pages, and on the rise on screen.

Most recent notoriety goes to the casting of openly gay actress Ruby Rose as Batwoman on the CW.  Many comic book fans were excited for the inclusivity, yet Rose was met with some backlash from the LGBTQ+ community, as they claimed she “wasn’t gay enough” to play the lesbian superhero. Batwoman will first premiere in a December crossover event for “Arrow,” “The Flash” and “Supergirl.” CW is taking further strides in its inclusivity, too. “Supergirl” will also premiere the first trans superhero, Nia Nal, played by Trans activist and actress Nicole Maines. The CW is also the home of “Black Lightning,” which features a black, gay, woman superhero as the lead character.

Hulu’s “Runaways” followed the journey of super hero alter ego Karolina Dean as she discovered and a accepted her queer sexual identity. Her character marked one of Marvel’s first on-sceen gay superheroes.

GLAAD praised the historic inclusion of a lesbian couple in Marvel’s world of “Deadpool 2” in an annual review of film inclusivity.

“Though wide release films this year like ‘Love, Simon,’ ‘Annihilation,’ ‘Blockers’ and Negasonic and Yukio’s relationship in ‘Deadpool 2,’ have raised the bar for LGBTQ images, studios must still do more to ensure that LGBTQ storylines and characters are included in fair and accurate ways,” Megan Townsend, Director of Entertainment Research and Analysis at GLAAD,  stated in the review. “We hope that these films are the start of an upward trend of sustained progress, and not just a blip in the radar of next year’s SRI.”