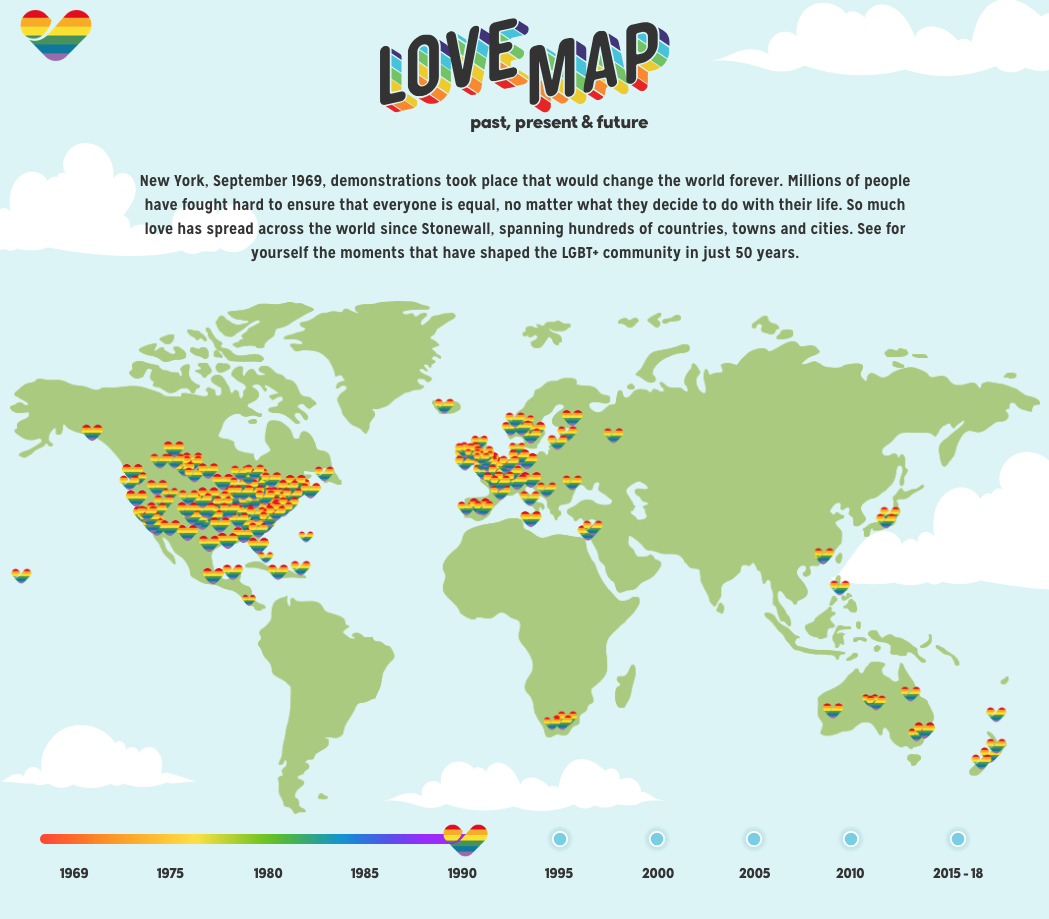 Too make travel plans safer and easier for the LGBTQ+ community, Thomas Cook Airlines analyzed nearly to 1000 LGBTQ+ historical moments – including first Prides around the world – from over 100 countries that have all propelled the LGBT+ community forward since the Stonewall Riots in 1969.

The airline reported the following trends in the U.S. –

On the airline’s blog page, it all begins with Stonewall. In June 1969, people rioted in reaction to a police raid in the Greenwich Village Stonewall Inn, New York City.  Seen as a major turning point for the LGBTQ+ community, the riot sparked a movement that has over time “become unstoppable,” the blog post states. A year after the riot, Pride Day was established, with organized demonstrations in Los Angeles, New York City, San Francisco and London.

Jump forward a few decades and we begin to see LGBTQ+ elected officials. In 1984, West Hollywood became the first known U.S. city to elect a city council where the majority of members were openly gay or lesbian. That same year, the first openly gay member of the United Kingdom Parliament was elected.  Also in the ‘80s, countries including Scotland, Northern Ireland, The Channel Islands, Belize and Israel decriminalized homosexuality.

“All the events that have taken place over these last 50 years have increased the acceptance and celebration of Pride, with new events coming on stream every year and growing in strength and numbers along the way – with nearly 300 events taking place in the USA alone,” the post concludes.