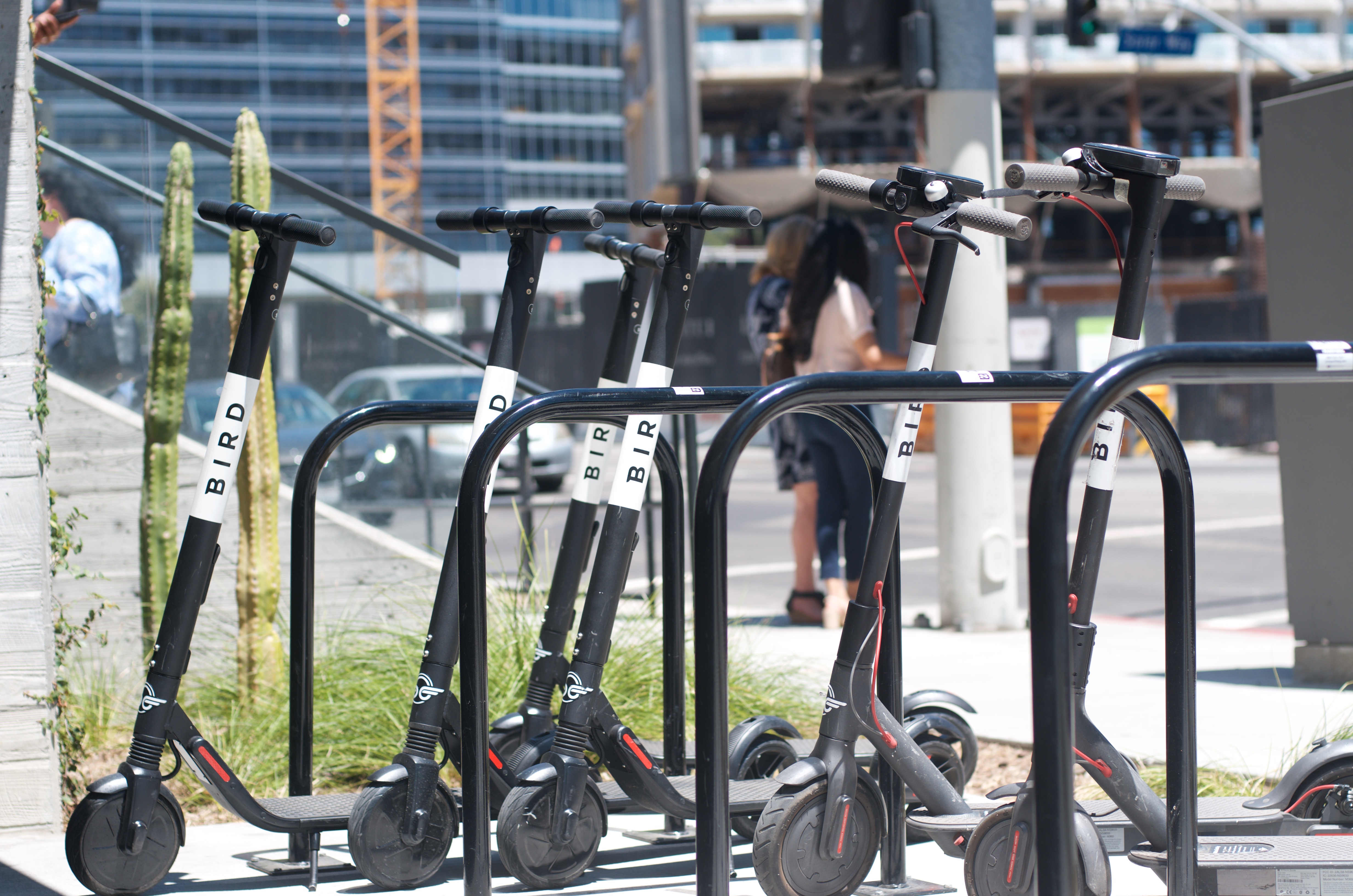 Will electric scooter companies make their way down to LGBTQ+ hotspots like West Hollywood or Long Beach?

A year ago, electric scooters were a fringe mode of transportation in Los Angeles, but with the launch of Bird scooters last fall and Lime Scooters soon after, these devices are now zipping down every street and sidewalk throughout West L.A. and slowly creeping through the rest of the county. Local lawmakers, however, are looking to change this.

A motion introduced by Los Angeles City Councilmember Paul Koretz, who represents Century City and Westwood, would ban shared mobility scooters throughout Los Angeles if passed by City Council. In his motion, Councilmember Koretz took aim at rental services like Bird and Lime, even though he did not mention the companies by name.

“Although the City has not yet adopted a regulatory framework for new electric scooters, several dockless scooter-share companies have launched operations in the City without permission,” Koretz wrote in his motion. “This has led to the devices being placed in the public right-of-way, operating on sidewalks, and causing public safety concerns for riders and pedestrians.”

On June 27, the Los Angeles City Council Transportation Committee considered a report by City staff that would create rules to govern these devices. This report is currently pending in the City Council Public Works and Gang Reduction Committee. Councilmember Koretz’s motion — which was seconded by City Councilmember Mitch Englander, who has attempted to ban these devices in the past  — would allow for the Department of Transportation to send cease and desist letters” to any electric scooter company that is found operating in the City and require the companies to remove them until they receive the necessary permits to operate.”

If passed by City Council, this legislation would give the Bureaus of Sanitation and Street Services the power to remove and impound any scooter found in Los Angeles. Rental companies like Bird and Lime would be fined for each device removed by the City.

In addition to seeking a temporary ban on these scooters, the motion Councilmember Koretz introduced would also allow the Los Angeles Police Department (LAPD) to issue violations of the California Vehicle Code to individuals riding these devices.

The proposal was not met with unanimous enthusiasm from Koretz’s colleagues. Councilmember Mike Bonin, who represents many neighborhoods in the Westside, argued that a total ban on these scooters would be a mistake considering the potential these scooters have to curb emissions in Los Angeles.

“If we are serious about combatting climate change, cutting emissions, or reducing gridlock, we need to put our mobility where our mouth is,” Bonin tweeted.

Century City resident Joan Hong, acknowledge that the scooters can be dangerous in certain circumstances but views Koretz’s proposal as too far-reaching and negates the devices’ utility.

“I know it’s dangerous,” Hong said. “But it would be a shame to ban them.”

Hong and her family use Bird and Lime scooters on a regular basis to get restaurants and shops around Century City that are a little too far away to walk but also too close to justify driving.

“Over the weekend, I was running late to a nail appointment at the Westfield Mall,” Hong said. “I was planning to walk over, but instead I jumped on a Bird and got to the appointment on time. I think it’s a great alternative mode of transportation, especially in our neighborhood.”

The motion is still pending in both the Los Angeles City Council’s  Transportation Committee and Public Saftey Committee. This means that there is still time for the public to voice their opinion on this piece of legislation before it goes before the City Council as a whole.