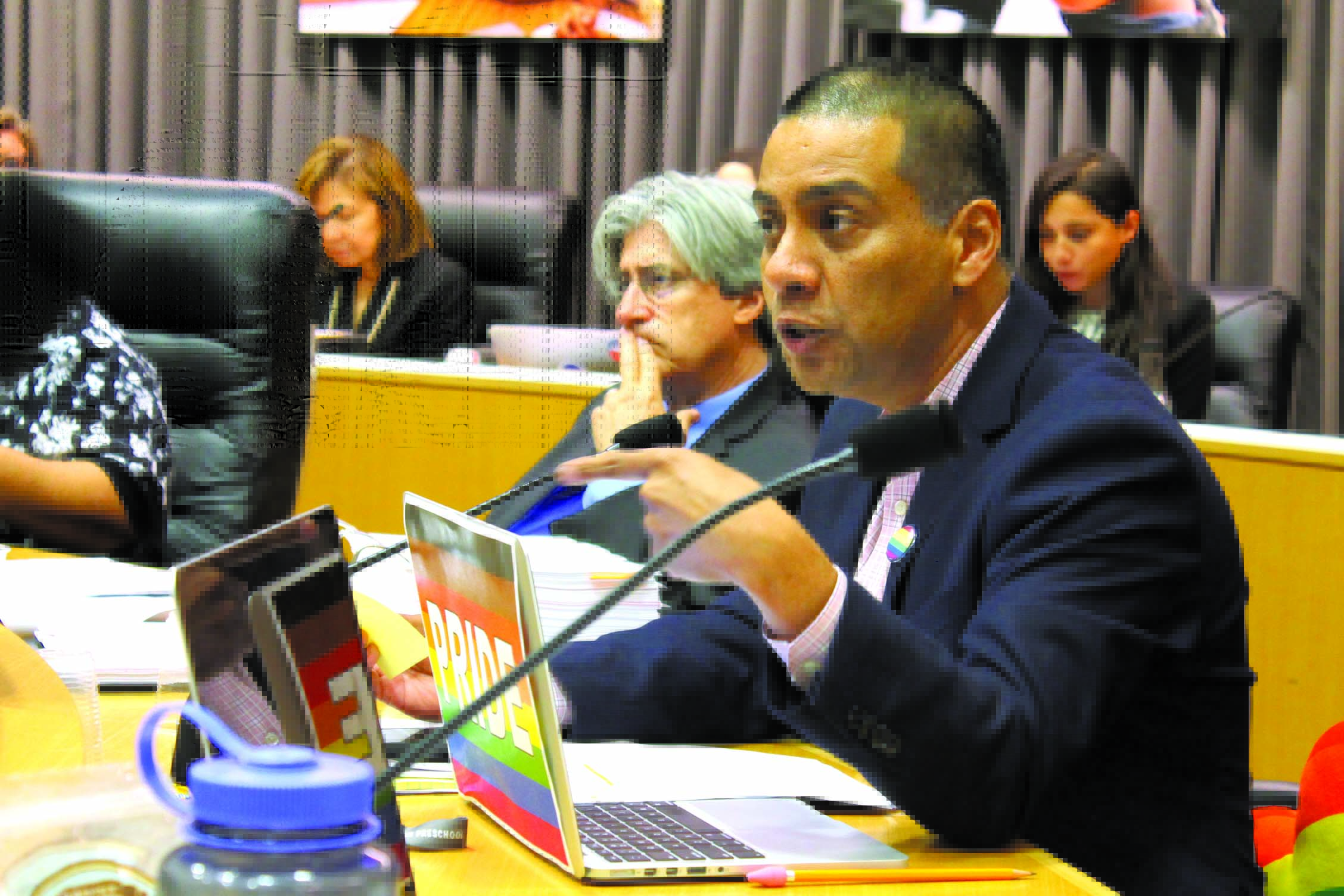 A new LAUSD resolution to increase support for LGBTQ+ students and families will be implemented this school year.

With the upcoming school year around the corner, parents are looking to the Los Angeles Unified School District to see how the Rodríguez Resolution will be implemented.

Former Board Member for the L.A. Unified Board of Education Dr. Ref Rodríguez authored the resolution in June to better support LGBTQ+ students after listening to concerns and recommendations from the LGBTQA Youth Council of the Latino Equality Alliance.

“I have spent most of my life advocating for the LGBTQ+ community and quality education for all,” Rodríguez said after the resolution was passed. “…This kind of policymaking is what motivated me to join the board.”

This resolution would provide specialized support LGBTQ+ students. The resolution outlines the following requirements for schools in the district to follow:

• Add a platform to achieve.lausd.net that shares LGBTQ+ information and resources.

• Conduct an analysis of single user, all gender bathrooms to find out whether they are compliant with State Law  AB1732

“We should not have to pass resolutions to affirm this basic human right,” Former principal and Board Member Scott M. Schmerelson said.

In 2011, LAUSD became the first California district to uphold the SB 48 –  the FAIR Education Act – which allowed California schools to update references to “certain categories of persons.” It also required instruction in social sciences to include a study of the role and contributions to the development of California and the U.S. by the LGBTQ+ community, people with disabilities and people from other cultural groups.

“All students have the right to a learning environment where they are treated with dignity and respect,” L.A. Unified Superintendent Austin Beutner said in a press release. “We are sending a clear message that all L.A. Unified schools are places were LGBTQ+ students are welcome, supported and valued.”

Later this month, Beutner will present his plan for implementing the new resolution.

L.A.U.S.D. Board of Education told The Pride L.A. that the District is on track with implementing the resolution’s mandated items,  as reported by Director of Community Engagement, Northeast Ray Lopez, who was instrumental to the resolution’s creation and passage.

After Superintendent Beutner presents recommendations for executing the resolution to the Board of Education, the board will make its final decision on how to finalize the actions of the resolution by October 2018.