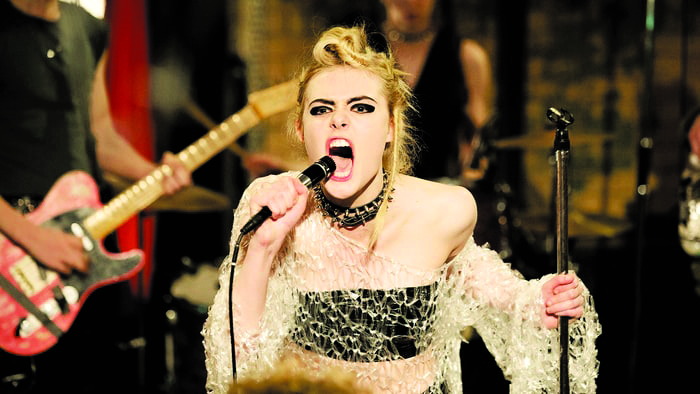 It started with the genderqueer character Hedwig from “Hedwig and the Angry Inch,” an Off-Broadway hit that later premiered on Broadway and was adapted into a film in 2001. Following in “Hedwig’s” glittery footsteps were indie queer films like “Shortbus” in 2006 and “Rabbit Hole” in 2010. Now, after an almost 10-year hiatus, the man behind it all, John Cameron Mitchell, is at last premiering a new queer project called “How to Talk to Girls at Parties.” The film premiered at Cannes last year and made its debut in the United States on May 25, starring Elle Fanning as an alien visiting Earth and Nicole Kidman as Queen Boadicea. Kidman’s Vivienne Westwood-inspired aesthetic in the film is reminiscent of David Bowie’s Jareth the Goblin King in 1986’s “Labyrinth.”

The film is based on the story of the same name written by Neil Gaiman in 2006. The new film adaption is written and directed by John Cameron Mitchell and features A-list stars instead of the usual less-experienced LBGTQ+ performers Mitchell showcased in former indie films. Yet the stars of this film still takes on themes of prior works of Mitchell’s and embody the flamboyance, colorfulness and sexual fluidity, including pansexual characters who follow their sacral chakra radiating from their pelvic region. Just as Gaiman’s story is based on a group of British teens, the film adaptation follows suit by taking place in South London with Alex Sharpe’s character Enn running into a group of extraterrestrials in town for research. Mitchell told INTO that he wants to embrace the British sense of humor that he loves and that British actors tend to present a lot less of that infamous Hollywood diva behavior than their American counterparts.

Among the group of aliens is Kidman’s Queen Boadicea and Fanning’s Zan. Wanting to see a new world and a new life, although hers isn’t exactly conventional, Zan rebels from her extraterrestrial peers in search of adventures from the outside world, which she refers to as “the punk.” In true romantic fashion, the connection between Enn and Zan allows them to travel between worlds. “The more and more we try to separate ourselves, the more we’re going to all be in our own little category with our own personal label alone and then Trump wins. Steve Bannon laughs while we destroy our allies so you know for me, it’s very much about finding common cause,” he told INTO.

“How to Talk to Girls at Parties” is now available to rent and own on all digital platforms.

By Annette Semerdjian June 11, 2018
Tags: Hedwig, How to Talk to Girls at Parties, John Cameron Mitchell in FILM
Related Posts