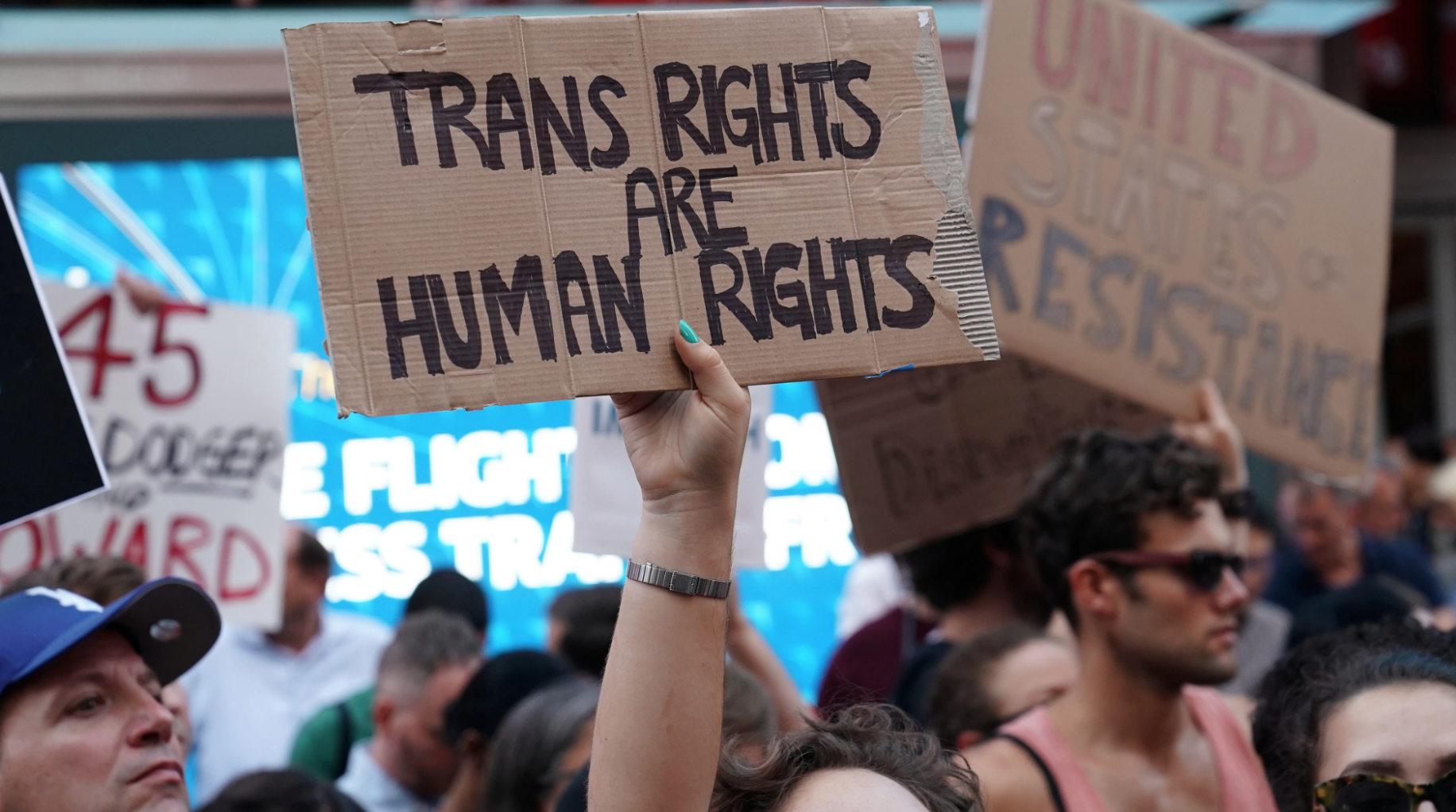 A new study from the Palm Center, a think tank that focuses on the role of LGBTQ+ people in the military, offers a thorough rebuttal to the Trump administration exclusion of trans people from military service.

U.S. President Donald Trump first announced a ban on trans military personnel via Twitter on July 26, writing, “After consultation with my Generals and military experts, please be advised that the United States Government will not accept or allow…[t]ransgender individuals to serve in any capacity in the U.S. Military.” In reality, the president had consulted with neither his generals nor any military experts, and his tweets are directly contradicted by several high-level military reviews, a shared statement by six former U.S. Surgeons General, and a 2016 study by the RAND Corporation, a nonpartisan public policy think tank.

The courts were fast to point this out in the legal challenges that followed the policy change. One federal judge wrote in November, “President Trump’s tweets did not emerge from a policy review,” adding, “A capricious, arbitrary, and unqualified tweet of new policy does not trump the methodical and systematic review by military stakeholders.”

Following multiple legal setbacks, the administration produced a report with a more thorough but equally specious justification, entitled, “Department of Defense Report and Recommendations on Military Service by Transgender Persons.”

In a 56-page rebuttal, the Palm Center argues that the Pentagon’s report mischaracterized scientific research and made unsupported claims based on a highly-selective sample of data. “This report undertakes that assessment and finds its rationale wholly unpersuasive,” the Palm Center study says.

The study tackles the three main arguments made by the Trump administration. First, that trans military personnel are less fit for service because of diagnoses of gender dysphoria—the clinical term for not identifying with one’s assigned gender at birth. Second, the Pentagon’s report claim that there is “considerable scientific uncertainty” about the effectiveness of treating gender dysphoria, further justifying an exclusive policy towards trans people. Finally, the assertion that medical costs for treating trans folks diagnosed with gender dysphoria runs three times higher than costs for other troops and would overburden the military’s healthcare system.

According to the Palm Center’s evaluation, the Department of Defense (DoD) performs a highly-selective reading of the available research and omitted the majority of scientific findings. Contrary to the DoD’s claims, the scientific and medical communities have concluded that gender dysphoria is treatable and does not justify a ban on transgender service in the military. Both the American Medical Association (AMA) and the American Psychological Association (APA) have released statements opposing the Trump administration’s decision.

In a statement responding to the DoD’s report, the AMA accused the Pentagon of having “mischaracterized and rejected the wide body of peer-reviewed research on the effectiveness of transgender medical care.”

The studies that the Pentagon cites in support of the ban actually undermine its case, the Palm Center finds. “Critically, even these four studies, supposedly representing the best evidence documenting the uncertainty about transition-related care’s efficacy, all conclude that such care mitigates symptoms of gender dysphoria,” the Center writes.

In addressing the issue of cost, the Palm Center shows a key flaw in the Pentagon’s cost-calculating approach. The DoD reported that costs for people diagnosed with gender dysphoria are three times higher than for average service people. The problem with this figure, the study says, is that whenever you isolate the costs for a specific medical subset, the results will always be higher than the average cost for the entire military. For instance, you would most likely find a similar price gap if you compared medical costs for people suffering from post-traumatic stress disorder with military personnel as a whole.

The study concludes with a turn towards history. “Just like justifications for prohibitions against women and African Americans in the military as well as the failed DADT policy, the case for banning transgender individuals from the armed forces is not supported by evidence and is unpersuasive,” it says.