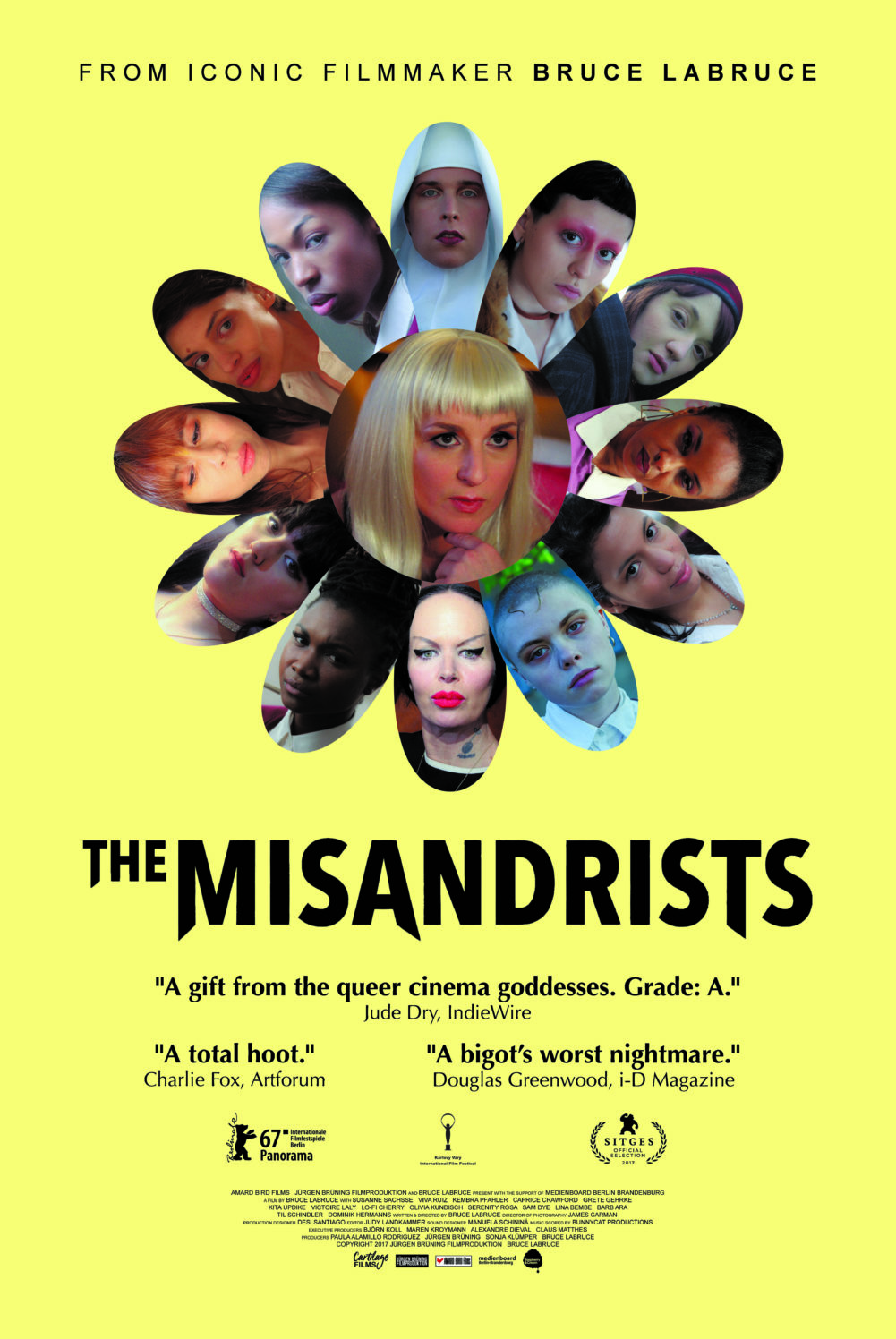 When queer filmmaker Bruce La Bruce hit the scene in 1993 with his film “No Skin Off My Ass,” heads turned and pearls were clutched. Little did we know the budding actor and filmmaker would keep causing such a scene for years.

Today, the director is back with a new film called “The Misandrists,” slated to hit screens in June. Already touted as “a bigot’s worst nightmare,” “The Misandrists” follows along a very promising premise of female radicalism and a feminist reign of terror.

“When an injured male leftist on the run discovers the remote stronghold of the Female Liberation Army – a radical feminist terrorist group whose mission is to usher in a female world order – one of the members takes pity on him and hides him in the basement. However, the man in the basement is just one of many secrets threatening to disrupt the FLA’s mission from within.”

La Bruce wrote of the film in a statement: “The Misandrists” is a loose sequel of sorts to my 2005 film, “The Raspberry Reich.” In that film, Gudrun, the leader of a group of would-be terrorists, believes that heterosexual monogamy is a bourgeois construct that needs to be smashed in order to achieve true revolution.”

To that end she convinces her largely heterosexual young male acolytes to have sex with each other in order to prove their revolutionary zeal. But while promoting the ideals and idealism of the era of sexual revolution and radical leftist thought, the film also acts as a critique of the extreme left, particularly in its tendency not to practice what it preaches, and toward its co-option by the mainstream as “radical chic.” “The Misandrists” concerns another cell of would-be terrorists, but this time around it’s a group of essentialist feminist lesbian separatists called the Female Liberation Army (FLA) whose goal is to smash the patriarchy and usher in a new female world order – a world without men. In order to both finance their revolution and express their ideological beliefs, their strategy is to make and disseminate their own all-female, feminist pornography. “