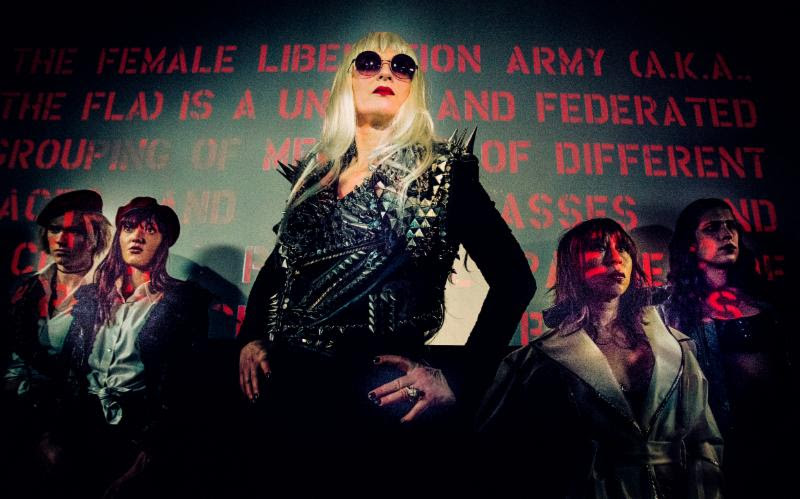 When queer filmmaker Bruce La Bruce hit the scene in 1993 with his film “No Skin Off My Ass,” heads were turned, and pearls were clutched. Little did we know the budding actor and filmmaker would keep causing such a scene for years.

Today, the director is back with a new film called “The Misandrists,” slated to hit screens in June. Already touted as “a bigot’s worst nightmare,” “The Misandrists” follows along a very promising premise of female radicalism and a feminist reign of terror. Per the press release:

“When an injured male leftist on the run discovers the remote stronghold of the Female Liberation Army — a radical feminist terrorist group whose mission is to usher in a female world order — one of the members takes pity on him and hides him in the basement. However, the man in the basement is just one of many secrets threatening to disrupt the FLA’s mission from within.”