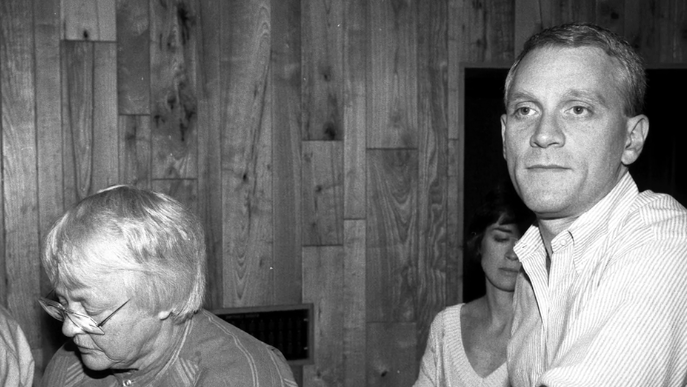 If you’ve seen Don Hahn’s 2009 documentary “Waking Sleeping Beauty,” you’ll have come off the experience with two very important takeaways. The first: The history of Disney’s animation unit could have easily gone quite differently. The second: Howard Ashman is responsible for everything good in this world.

Growing up in the early ‘90s had its benefits. We were given the privilege of a childhood untainted by the internet in any of its myriad forms. We got to collect pogs and use our imagination and make due with what we had when it came to entertainment. And when it did come to entertainment, no one person was more responsible for shaping the landscape of our minds and hearts as Howard Ashman, the brilliant lyricist behind “The Little Mermaid,” “Beauty and the Beast,” and the better part of “Aladdin.” On Broadway, he wrote the lyrics for the cult classic “Little Shop of Horrors,” and “Smile.” So one way or another, you know about Ashman without actually knowing about him, whether it was “Part of Your World” that converted you or “Somewhere That’s Green.” If you grew up queer, Ashman’s emotional imprint is probably twice as large. And yet here we are, a generation that’s grown up loving Disney despite its clear corporate evil, holding our childhood ties close and swearing allegiance notwithstanding the conglomerate’s quite transparently messed-up branding and worldview, and why? Ashman made us do it. He created Disney in the second, more important iteration, transformed the world of animation from a world of princesses and damsels in distress into a complex atmosphere of amazing villains, conflicted heroines, hot tops, obvious bottoms, and singing shellfish. No wonder we love him.

But back to the problem at hand: We don’t know who he is. Or at least, we had to learn about him way later than we should have. Thankfully, Don Hahn, the Disney producer and creator of “Waking Sleeping Beauty,” has gone back to the drawing board to give Ashman his proper due. Though Ashman’s proper due, to be fair, would look something like a newly-founded religion based on adoration of the man, replete with resurrection ceremony. See, the central tragedy of the Ashman story is that he quickly came and just as quickly went. After completing the two films that would restore Disney’s reputation as a purveyor of childhood dreams and innocence regained (not to mention making the company financially solvent again,) Ashman died due to complications of AIDS. He was gay, and it was 1991.

Viewed in the context of the time, Ashman’s fate wasn’t so out of the ordinary. That’s the tragedy of it. In the late 80s and through the 90s, AIDS wiped out gay men, gay women, straight men, straight women, trans folks, and anyone else who got in its path regardless of status, genius level, or weighty contributions to society. It happened to wipe out a lot of people like Ashman who, purveyors of a radiant, gem-like genius, were just getting started.

Hahn’s new documentary film “Howard” promises to tell Ashman’s story in full, using footage from the production of his Disney films and interviews from other Disney luminaries such as his songwriting partner Alan Menken and his life partner, Bill Lauch. The film premieres at the Tribeca Film Festival this week. Based on its reception, perhaps we’ll start to see more of Ashman in the coming years: In the form of a biography, perhaps, a revival of his show “Smile,” or maybe just more cultural attention paid to what he left behind. We can only hope. Those of us who have leaned on and learned from his work through a difficult puberty, adolescence and adversity-tinged adulthood owe him that much. For so many of us, he saved our lives without knowing it.