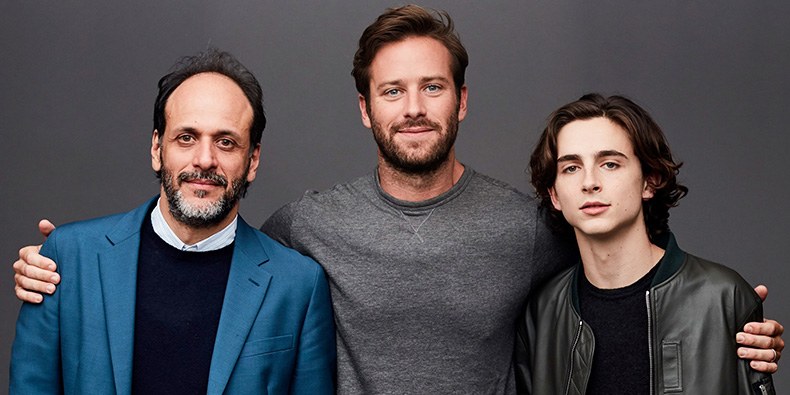 In keeping with the few Italian last names that roll off the American tongue, Luca Guadagnino has joined the ranks of those who have successfully cracked the mystery that is the U.S. moviegoing audience by being honored at the 13th Annual L.A. Italia Film Fest. The March 2nd event was chaired by Maria Bello (who really doesn’t get enough credit as the wizened bar owner Lil Lovell in Coyote Ugly) and very literally called Guadagnino by his name to show respect for his excellence in representing Italian culture in film.

While it isn’t usually a hard sell to convince people of Italy’s value, it is so frequently the case that Italians are underrepresented in mainstream Hollywood, both in narratives themselves and in terms of being employed pervasively. That being said, Blade Runner 2049 set decorator Alessandra Querzola was also acknowledged for her contributions to film as an Italian. To boot, OG gangsters of Italian cinema, Lina Wertmuller (the first woman, let alone Italian woman, ever to receive an Academy Award nomination for Best Director, mind you), Franco Zefferelli and Bernardo Bertolucci were celebrated as well.

That Guadagnino’s adaptation of André Aciman’s 2007 novel, Call Me By Your Name, is one of the heavy-hitting contenders at the Oscars this year is not only a major step for representing Italians, but also gay men in film. In fact, it feels like not since Brokeback Mountain have so many straight people been talking about a movie that doesn’t involve mass violence or talking animals. Guadagnino’s affectionate rendering of the romance between precocious seventeen-year-old bibliophile Elio Perlman (Timothée Chalamet) and visiting American mid-twenties grad student Oliver (Armie Hammer) is just the sort of rarity to make the average hetero believe that maybe love truly can transcend yin and yang gender expectations.

With the L.A. Italia Fest having occurred just two days before Call Me By Your Name and Guadagnino hit the Academy Awards, hopefully the event sets a precedent for both being awarded at this still major film event. It would be a real boon to gays and Italians alike. Though, ironically, the two classifications are often at war with one another.