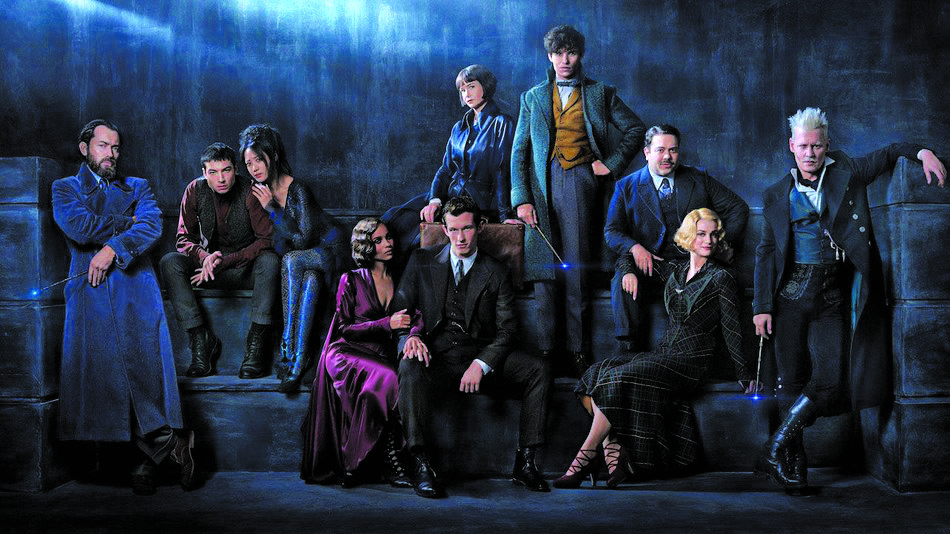 The sexuality of “Harry Potter” fandom favorite Albus Dumbledore has long been out in the open, with J.K. Rowling confirming ten years ago that the Order of the Phoenix founder is, in fact, gay. Unfortunately, with his busy schedule of protecting Hogwarts from Voldemort, it seems not much time was able to be given to the facet of his life that might permit readers and viewers to catch a glimpse of his love interest.

However, with the release of the “Fantastic Beasts” franchise, we’re at last presented with an opportunity to get to know the Dumbledore that came before his life as a hyper-busy wizard/headmaster responsible for dispensing his wisdom upon the future students of Hogwarts School of Witchcraft and Wizardry. But don’t get too excited about the possibility of seeing a steamy, magic-tinged sex scene between Jude Law (playing a younger Dumbledore) and Johnny Depp (playing precursor to Voldemort, Gellert Grindelwald).

Much to the dismay of the sect of the “Harry Potter” following that has taken great pleasure in learning of Dumbledore’s sexuality, director David Yates, no stranger to the universe of “Harry Potter,” has (somewhat) plainly stated that Dumbledore will be portrayed as “not explicitly” homosexual. Rowling, who penned the script, as usual, has done her best to assuage the obsessive following that, often, seems to relish taking to the internet to rage against any perceived slights. Her gentle assurance? “I can’t tell you everything I would like to say because this is obviously a five-part story and there’s lots to unpack in that relationship.” Translation: with three more installments already slated to come out by 2024 (if, you know, whatever President gets nominated in 2020 has a nation left to govern,) she’s telling us there’s plenty more time to delve into Dumbledore’s complicated (read: lusty) rapport with Grindelwald.

Yates’ own assessment, on the other hand, would appear to contradict Rowling’s diplomatic answer, his own explanation about not going full-tilt “Brokeback Mountain” being, “I think all the fans are aware… He had a very intense relationship with Grindelwald when they were young men. They fell in love with each other’s ideas, and ideology and each other.” That being said, evidently, in Yates’ mind, there’s no need to filmically address the physicality of the relationship. Especially when there are millions of dollars at stake coming from the pockets of conservative parents who just want their children to live in a black and white world. None of those unpleasant in-between colors of the rainbow.