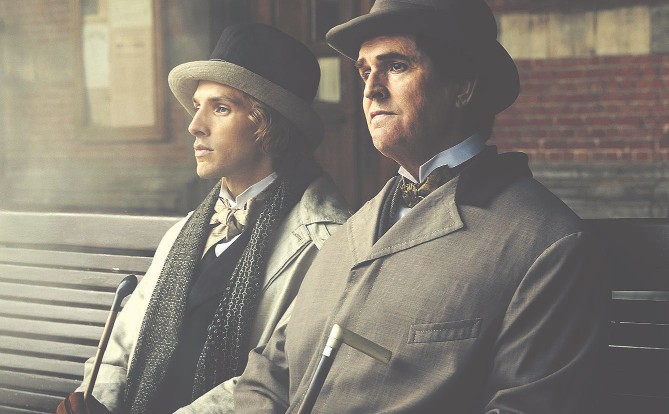 Each year, for a few days in mid-January, the Sundance Film Festival takes over the small town of Park City, Utah, to screen some of the most prestigious new works from seasoned and emerging filmmakers from around the world. Many of them go on to get wide releases, win prizes, and set the tone for the rest of the cinematic year to come. Some are just fantastically, amazingly gay. And some, like last year’s now-Oscar contender “Call Me By Your Name,” are proudly both. The 2018 Sundance Festival has given us a number of amazing queer-themed and queer-directed films to watch out for in the coming year. Here are just a few of our favorites from a long, long list.

In this fictionalized retelling of the Lizzie Borden story, the famous turn-of-the-century killer who “gave her mother 40 whacks” with an ax is also a lesbian. And played by none other than Chloe Sevigny. Kristen Stewart co-stars. So, yeah, we’re sold.

It’s another lesbian biopic! This time about the famous late-19th-century French writer Colette, whose husband locked her in a room (yikes!) until she produced best-selling novels. She later left the marriage and went onto have many steamy affairs with girls and guys. Though the casting of Keira Knightley as the titular character is questionable at best, the rest of the cast (including Fiona Shaw and Dominic West) give it a fair shot at being great.

Yes, it’s the lesbian-directed lesbian-YA novel adaptation we’ve all been waiting for since roughly 2016, when the project was first announced. This harrowing tale of gay conversion therapy stars Chloe Grace Moretz and Sasha Lane as troubled teen lovers.

We the Animals, dir. Jeremiah Zagar

Adapted from gay author Justin Torres’ 2011 book of the same name, “Animals” tells the story of three brothers (the youngest of whom is gay) trying to escape their parents’ fate.

If your idea of a good time is Joaquin Phoenix and Jonah Hill co-starring in a dark comedy penned by Gus Van Sant, well…it’s mine too. Welcome to the club. Throw in performances by Beth Ditto, Jack Black, and Carrie Brownstein, and we’re easily in heaven.

This biopic, written and directed by Wilde scholar Rupert Everett, borrows the title of one of Oscar Wilde’s fairy tales to tell the author’s story in detail. During Wilde’s last days, post-imprisonment and public disgrace, the writer reflects on his life during his last days in Paris.

The story of the gayest, hottest, most epic club of all time comes to life in Matt Tyrnauer’s new documentary about the ‘70s hotspot. Tyrnauer recently made waves with his 2017 documentary “Scotty and the Secret History of Hollywood,” about a gay male pimp living in ‘50s L.A.