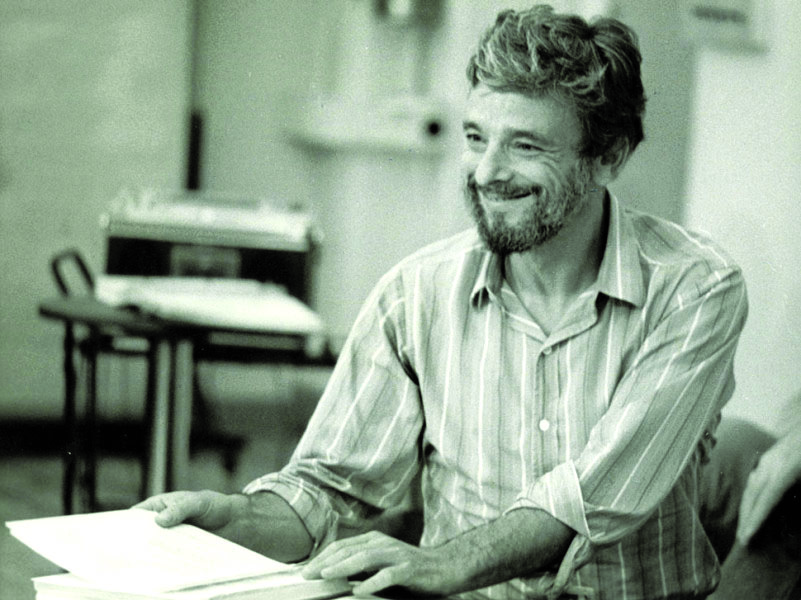 Is there anyone who has done more for the American musical than Stephen Sondheim? Most people would probably say “no.” Sondheim himself, humble as ever, would probably say, “are you kidding? Of course!” and rattle off a list of names, starting with his first and most important mentor Oscar Hammerstein and ending with Jerome Kern.

Why is this important? Because it’s a little unbelievable. In an age where male icons are being cut down by the instant (rightly so!) it’s a little odd that the brilliant Sondheim himself should come off, in two separate documentaries, as so completely sweet and pure. Could it be that the man who wrote all this incredible music, these cutting and soulful lyrics, these hopeless and wonderful characters, could be just as wonderful himself?

Small mercies: Yes. For those of us who live on Sondheim lyrics, both the recent documentary “Best Worst Thing That Ever Could Have Happened,” and HBO’s “Six by Sondheim” are heartfelt revelations that barely even have to dip into sentimentality to bring a tear to the eye. While “Best Worst Thing” focuses on the short run of one of Sondheim’s few failures, the 1981 Broadway show “Merrily We Roll Along,” “Six,” an HBO documentary from some years ago, fills in a few holes by offering something of a Sondheim biography. But rather than going in a strictly linear fashion, “Six” puts the art first, looking at the life through the lens of the music rather than the other way around. Was this because Sondheim preferred it? Perhaps. Could it be because the work is too good to be tied to any kind of a traditional biographical context? Probably. With some artists, we need to lean on the story of the life to make the work more interesting. In Sondheim’s case, knowing that his mother wished he hadn’t been born might help us see how someone could write:

“Could I bury my rage with a boy half your age in the grass?

But I’ve done that already, or didn’t you know love

Darling how could I leave

When I left long ago, love”

But it’s not strictly necessary. The beauty, the pleasure, and the pain of the work stands on its own without much need of a backstory.

In the case of “Best Worst Thing that Ever Could Have Happened,” of course, the backstory is the story. In the long, confusing life of “Merrily,” from its original much-criticized production to its original cast revival in 2001 to its continued, beloved life in repertory theater, the outside world has changed enough to create a cult favorite out of the play that ended Sondheim’s partnership with famed producer Hal Prince. We’ve grown as a culture since 1981, and perhaps have come to understand how important the work actually is since, in the words of Leonard Bernstein, no one has really come forward to do with the musical what he has done in the past 50 years. Because of this, “Best Worst Thing” isn’t just the story of a failed production whose extra-high hopes made that failure more crushing on the part of the youthful cast (everyone well under 40) and crew. The documentary, using clips of original cast members, starry-eyed and youthful, against interviews with those cast members now, draws a clear line from the story of the play (the dreams of youth will be crushed and give way to age) to the reality of life as Sondheim and Prince knew it in 1981, and as we know it now. It’s this element that makes “Best Worst Thing” heartbreaking and beautiful, and, in the way of all the greatest Sondheim creations from “A Little Night Music” to “Follies” to “Gypsy,” it’s the thing that makes us remember why we love the work in the first place. The absolute, pure honesty of everything, the way it seems to predict what we do before we do it, the foresight that makes Sondheim’s worldview not depressing, but somehow idealistic, clear-eyed, hopeful, and new.