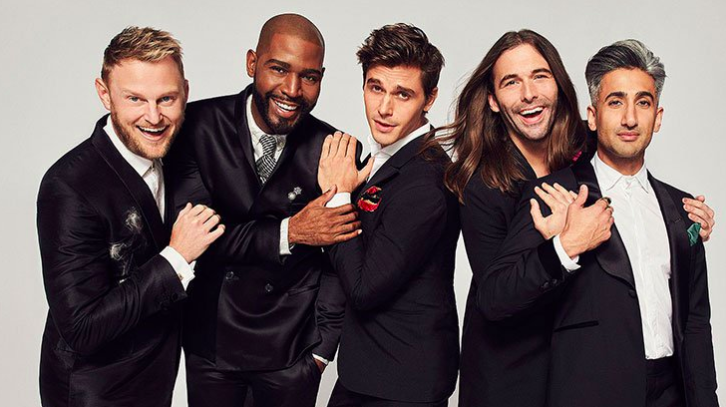 When we first heard that Netflix was bringing back the early oughts reality TV classic “Queer Eye for the Straight Guy,” well, I mean. Obviously, we just gagged. As little queer kids growing up watching flamingly gay guys undress and re-dress hapless straight men, very little could have made us happier than this news.

Until now, when pics of the reboot’s new cast just surfaced. Just like the old show, each man represents one categorical part of a well-rounded masculinity: Fashion, culture, grooming, design, and food and wine (um, okay.) The only difference is that the new cast is hella cute, hella diverse, and ready to bring the franchise into the 21st century for real.

Without further adieu, here is the new cast of “Queer Eye:”

From left to right: