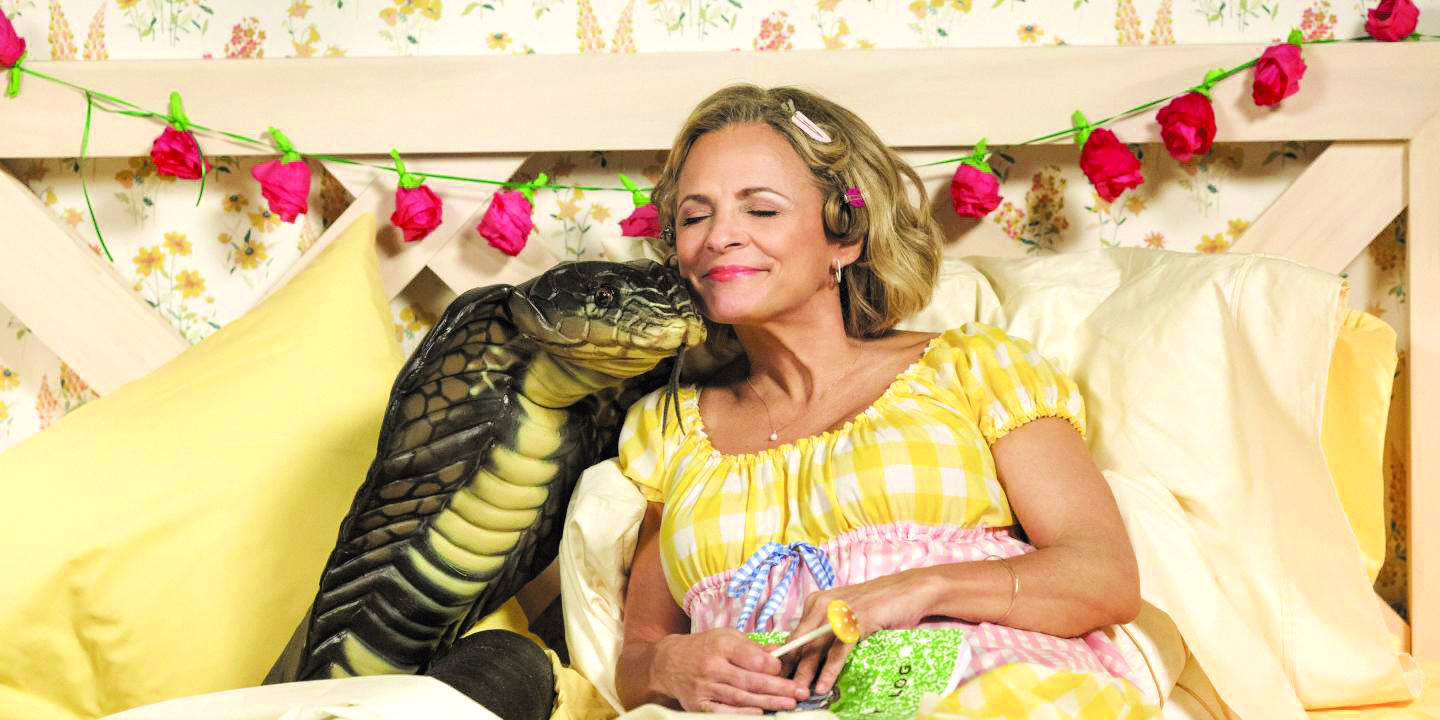 It’s not uncommon these days to be in the position, especially as a viewer, of fully loving something while being painfully aware of its absurdity. If you’re a fan of any kind of lifestyle, home improvement, beauty or style content, you already know the feeling. There’s something so guiltily delightful about an HGTV binge or an entire evening spent reading every single article on Refinery29. It feels like something one shouldn’t be spending time on and yet it feels so…right? There’s something about it that occupies an in-between space: It’s comforting, and it’s also totally mind-numbing and uncanny.

Amy Sedaris has long been mining this fertile territory for nuggets of weirdness even before the Trump presidency made us all want to retreat into an artisan bubble bath forever. In Trump’s America, the best resistance feels, often, like blissful ignorance, and Sedaris knows that picking apart the lifestyle industry one naturally weird piece at a time is a kind of political commentary.

She’s also just amazingly odd and sees the best (and weirdest) in everything around her. As a queer icon (and sister of that other actually queer queer icon David Sedaris,) she’s been a connoisseur of camp since her earliest “Strangers with Candy” days. Her new show, “At Home with Amy Sedaris” is less narrative artifact and more hyper-charged artifice, a way of taking down and raising up our beloved home and self-growth industry complex at once. Even if it wasn’t Amy, we’d probably be watching. As it is, we’re damn glad it’s Amy waving that freak flag for all to see. Muffins, anyone?