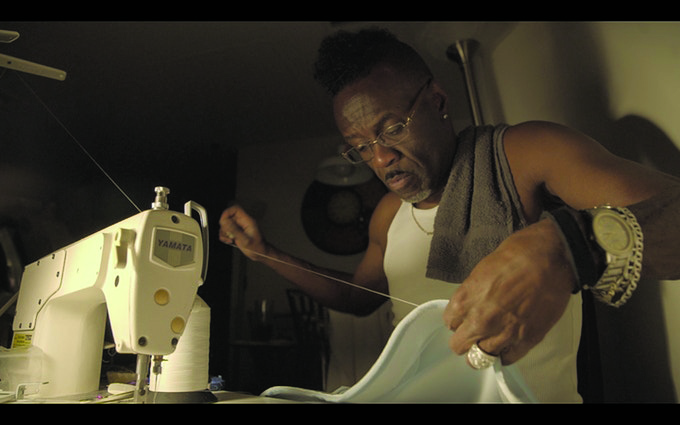 From Hampton, Virginia, to Hollywood comes the amazing story of designer extraordinaire Raymond McNeill in the new documentary “No Wire Hangers.” His path to success has been a rocky one, with his lowest point involving a stint of homelessness and living in his car. Yet the adversity he experienced was no match for his talent as a garment maker. McNeill was given his big break after being asked by his hometown friend Margot Lee Shetterly, author of “Hidden Figures,” to dress Taraji P. Henson, Octavia Spencer, and Janelle Monáe in the 2017 film adaptation of the book.

McNeill worked under many famous names in high fashion such as Oscar de la Renta, and while he worked behind the scenes of many red carpet looks, the garments were never accredited with his name.

McNeill’s home state of Virginia is one that has incited many racist uprisings and riots. Filmmakers behind “No Wire Hangers” capture the racism behind McNeill’s hometown as well as dealing with child abuse and expression of gender and sexuality. Filmmakers Liam Lee, Joe Bubar and Michelle Caley document McNeill’s journey back to his hometown to debut his full fashion show as Nomar Couture, the name he always imagined he’d take as his success grew. In an interview with Out, Lee talks about how he met McNeill in Brooklyn as they became roommates and how compelled he felt by his journey thus far. “He would tell me these stories about his working as a stripper and sewing the costumes for the other dancers, the racism he faced in the fashion industry, and the abuse he had to overcome as a child and I knew I needed to tell his story.”

By telling this story of McNeill’s unique experience as a gay black man, it reveals an intersectional reality that is important to hear, especially in the current political climate confronting the United States. In exposing McNeill’s world, the filmmakers hope to capture the essence of success within all individuals who feel like they have more to offer the world despite their current situations.

“No Wire Hangers” is currently crowdsourcing through Kickstarter to get to its goal of $20,000 and debut the story that has been documenting Raymond McNeill for over three years.