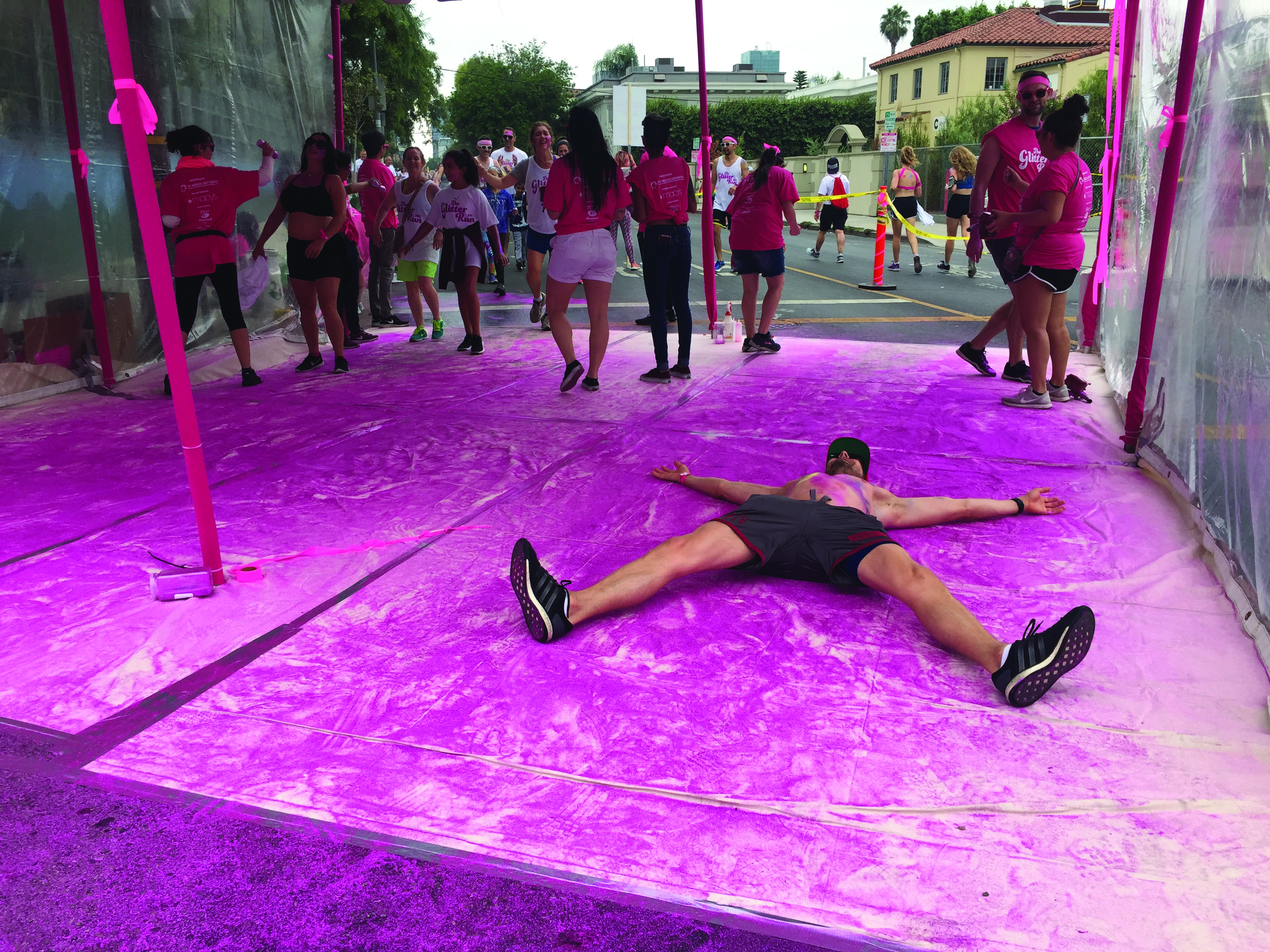 With the bleak potential of a civil war and nuclear war on the brink of our horizons, thousands of members and allies of the LGBTQ+ community fought back the potential looming doom – with glitter, and lots of it.

The LGBT Center of Los Angeles hosted its inaugural Glitter Run 5K (GR5K) on August 20, where participants walked, rolled, ran and boogied through the streets of Hollywood covered in glitter, sequins, and smiling faces.

“Have you been feeling on edge because of the political climate in our country?” The Glitter Run’s website asks. “The Glitter Run is a creative and fun opportunity to brighten your spirits by doing something adventurous, something celebratory, something fabulous, and something you’ve never done before.”

The GR5K kicked off with guest appearances by “RuPaul’s Drag Race” star Manila Luxon and “Wicked the Musical’s” Shoshana Bean at the opening ceremony as everyone glittered up their complimentary vial of glitter. Red, orange, yellow, green, blue, purple and pink glittering stations were set up throughout the 3.1 mile course so that by the end of the run, participants were all glimmering rainbows.

The GR5K ended in front of the LBGBT Center of Los Angeles for an after party, reminding everyone that even in the scariest of times,  a rainbow – and a glitter one, at that – is always on the horizon.