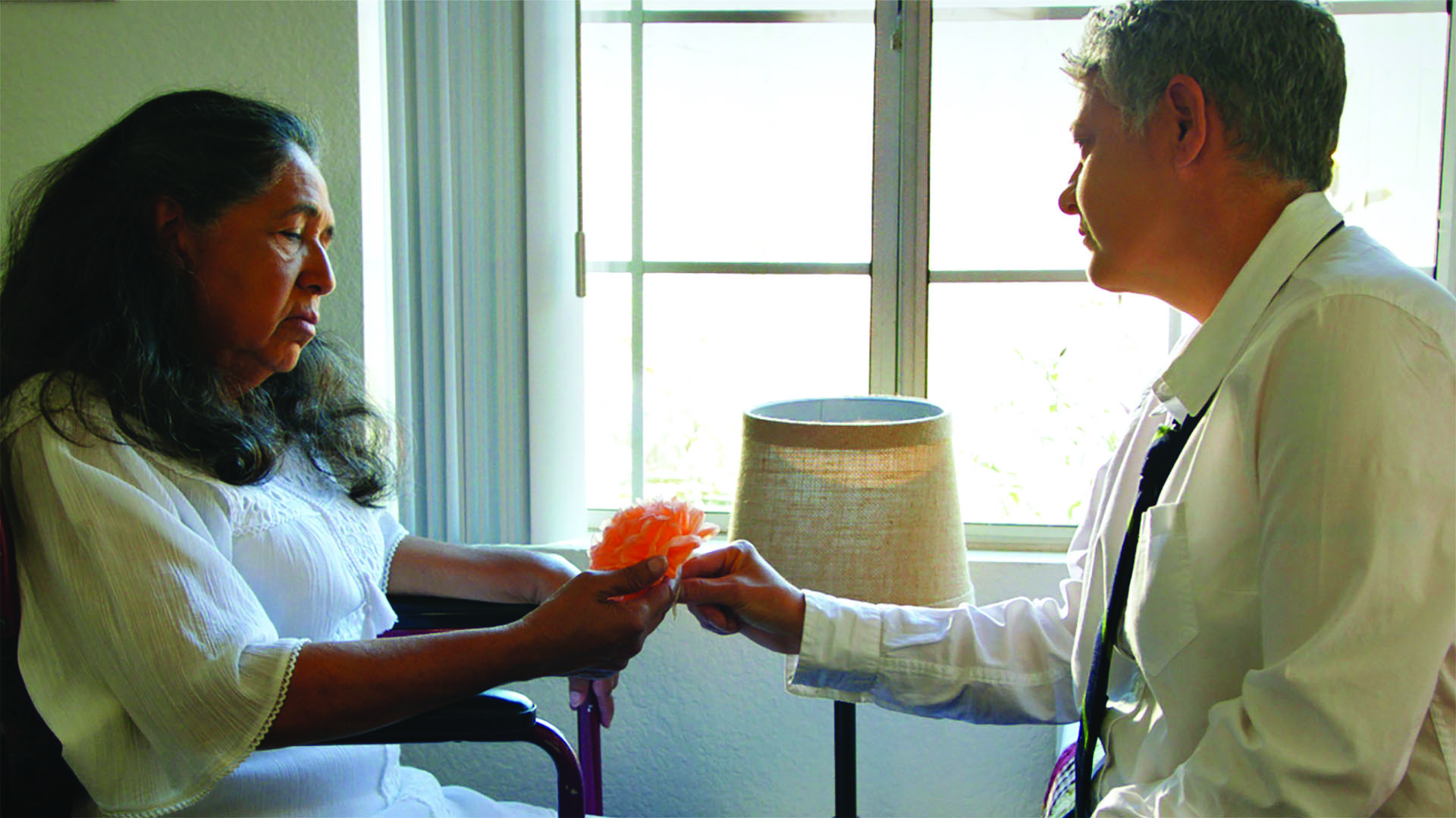 BY ANNETTE SEMERDJIAN| Earlier this month, Outfest screened some of the best indie LGBTQ movies of the year, including some short films. Screenings of films often included one-minute shorts before the movie, aside from the short films that were screened. One of the short films included in this year’s lineup was “Amigas With Benefits,” which went on to become a contender in the PBS Online Film Festival.

The lesbian short film follows Lupita and Ramona, two brides-to-be, who met and fell in love while in a nursing home together. Lupita has finally decided to embrace her sexuality and be the wife of the woman she loves. Yet, their wedding day is interrupted by an uninvited guest who objects to the matrimony. Through the struggles of their situation as elders and the rejection of their love by others, they find each other again and run toward freedom.

Adelina Anthony, the writer, producer, and director of the short film, is a two-spirit Xicana lesbian whose multi-genre work spans over 20 years. She and her wife created AdeRisa Productions, giving way to films such as “Forgiving Heart.”

Anthony explains in an interview for PBS that intersectional representation isn’t just a simple substitution of white characters with people of color, but an embrace of that person’s whole identity and particular presence in the scenes, “…the story challenge isn’t just about putting brown bodies where white and heterosexual bodies have historically occupied literary, theatrical or cinematic space – for me, the challenge is to tell a story we think we know in an altogether unique way.”

She continues about the short film, “I knew my protagonist, Lupita, was going to be a Latina lesbian elder who had been living in the closet almost all of her life. But living a lie has deep repercussions, and the story touches upon this.”

The short film is available to view online at the PBS Online Film Festival through July 28. A vote can be cast for any of the films presented after viewing on the website.