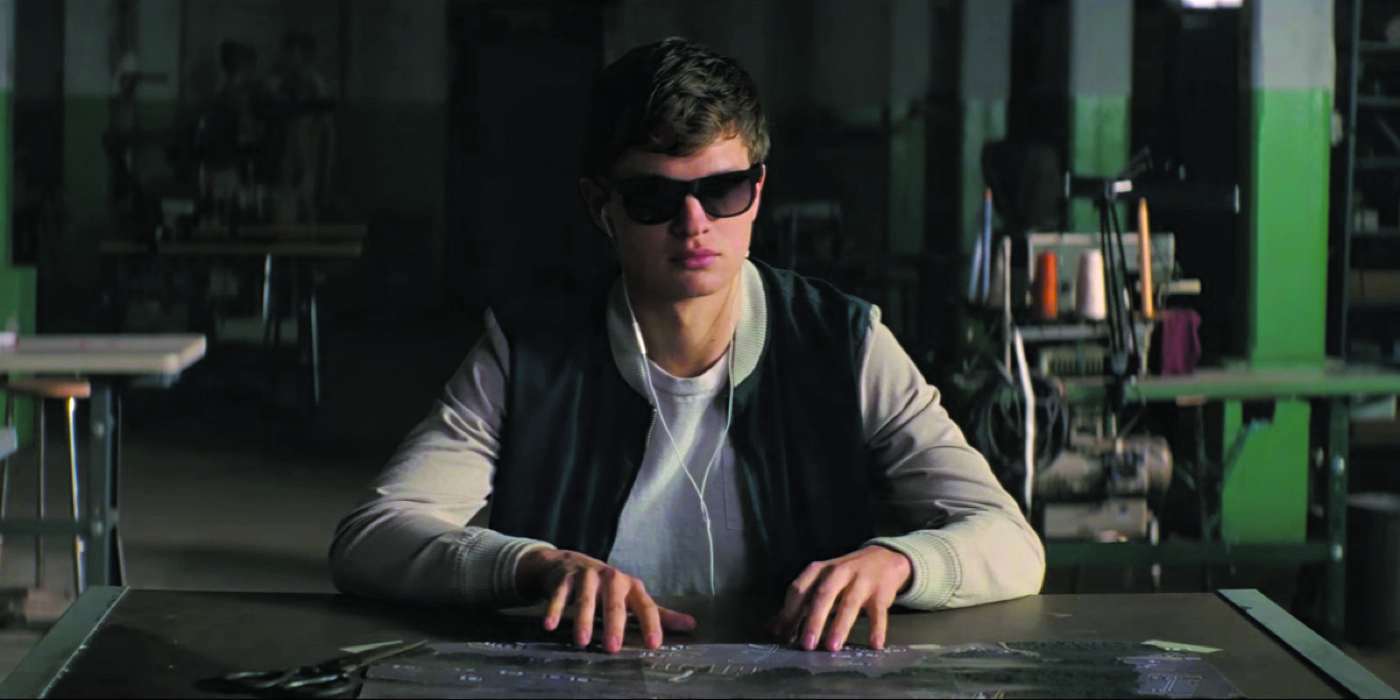 If you know anything about Edgar Wright, you’ll know he’s a director with a definite ear. He cuts with a rhythm that hypnotically draws you in while calling your attention to the man behind the curtain – although never in a way that feels smug, obnoxious, or pandering. A rare feat, indeed. From his earliest days directing “Spaced” with Simon Pegg and Nick Frost, his frequent partners in crime (See: the splendid Cornetto Trilogy encompassed by “Shaun of the Dead,” “Hot Fuzz,” and “The World’s End”) Wright has distinguished himself as a director who doesn’t let his love of film and trivia hinder him from making his own great works. Unlike some others we could mention (ahem, Tarantino.)

As a decidedly quirky director with a deeply British sensibility, it’s taken Wright a minute to find his mainstream legs. His most polished, highly-funded effort comes in the form of “Baby Driver,” a film that takes a page out of the cars, kids and rebels film genre of the 50s and early 60s. Starring Ansel Elgort – whose earlier turn in “The Fault in Our Stars” left audiences largely unimpressed – as a mostly silent, tinnitus-suffering getaway driver for Kevin Spacey’s crime ring, “Baby Driver” is an extremely simple movie. There are no real twists and turns and no hidden agendas. “Baby Driver” is the story of relatively simple drives and desires:  The story of a kid who, despite his criminal talent, wants to get on the straight and narrow. A kid whose life could be ruined at any moment by one bad job.

“Baby” lost his parents as a kid, in a car accident (go figure), which left him with the tinnitus and an inexplicable urge to steal cars. This habit lands him in deep shit with white collar crime boss Spacey, who makes him work off the debt in heists. As a driver, Baby is talented, inscrutable, and unable to put down his old-school iPod for even a second during each job. This gets under the skin of the some of Baby’s more seasoned colleagues (Jon Hamm, an excellent Jamie Foxx) and confounds most of the people he meets – except, of course, his love interest, Lily James, with whom he has a natural musical rapport.

Baby has been supporting his deaf, wheelchair-bound foster parent for years, and after meeting Lily James at a diner, wants to keep doing just that, by working a normal job, with normal stakes, and no possibility of sudden death. But this is not to be: Kevin Spacey wants him to keep driving even after he pays off his debt. So he does.

On paper, it’s not much of a plot. And even on film, it’s not much of a plot. But plot, with Wright – who also scripted the film – is secondary. It’s how we get there. We spend most of the film not only inside Baby’s mind but inside his earpods, listening to the soundtrack of his world, moving and living rhythmically as he does. It’s here that we can start to see a kind of pattern, a raison d’etre for the mysteriously unambitious Baby. Driving cars may be an escape route for the practical criminal – but living life to one’s own private rhythm, that’s the working man’s escape. It’s what we all do, day in and day out, drowning out the world with constant sound. For Baby, who physically can’t hear silence, it amplifies the world around him. It allows him to fully live in it. Wright’s film, through the character of Baby, becomes an escape film about someone who’s trying his best not to escape. Who, in fact, wants nothing more than to stay put, to settle down, and to belong.