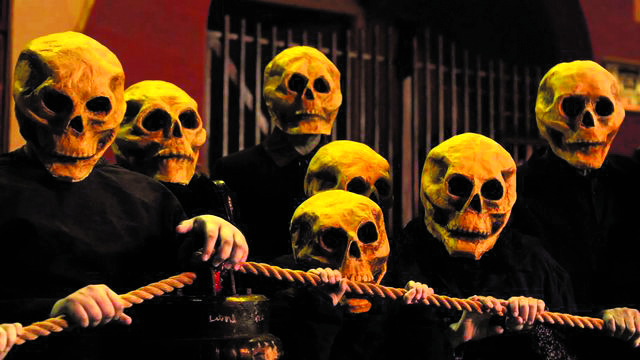 GENNA RIVIECCIO| Long ago, Alejandro Jodorowsky became one of those directors who could do whatever he wanted artistically and get away with it. This transpired around the time John Lennon declared “El Topo” – the surrealist (read: acid trippy) Western that served as Jodorowsky’s sophomore follow-up to “Fando y Lis” – to be his favorite movie. Like the Chilean version of Jean-Luc Godard (though Jodorowsky, too, has French origins), the auteur saw fit to disappear ever-so-slightly after his peak decade, the seventies. Conversely, Godard had his renaissance in the sixties – the end of which marked the moment when John Lennon decided to go rogue enough to make such ardent declarations about “El Topo.” His effusive praise turned into one million dollars’ worth of financing for Jodorowsky’s subsequent feature, “The Holy Mountain.” Once again of the “Western surrealist” genre, this film continued to solidify the lore surrounding Jodorowsky as a sort of drug-addled, misunderstood genius. The original David Lynch, if you will. But, of course, far more esoteric and cutting edge.

Since the seventies (and some of the eighties,) Jodorowsky has made efforts to fully return to the film world, but a lack of financing time and again foiled any attempts at the restoration of his career. It was only with his lifelong pursuits of psycho-magic and psycho-shamanism that Jodorowsky found his way to creating his forthcoming eighth film, “Endless Poetry.” The screenplay of “Poetry” grew out of his first auto-biopic, “The Dance of Reality,” a documentary released in conjunction with his book of the same name. His focus for most of his career has been on doing lectures that emphasize his beliefs and theories on the “over-self,” or the part of the subconscious that deals with how our forebears affect our psyche. That being said, “Endless Poetry” deals heavily with Jodorowsky’s most treasured philosophies, in addition to its premise being expectedly “meta” and deeply autobiographical.

And as the unclaimed lovechild of Federico Fellini and Luis Buñuel, Jodorowsky’s reappearance in the film industry (or rather, working outside of its limited confines) comes not a moment too soon, as we really have no one from the old school left to turn to for subversion. Such enfant terrible gusto, one might have thought, had died with Fassbinder.