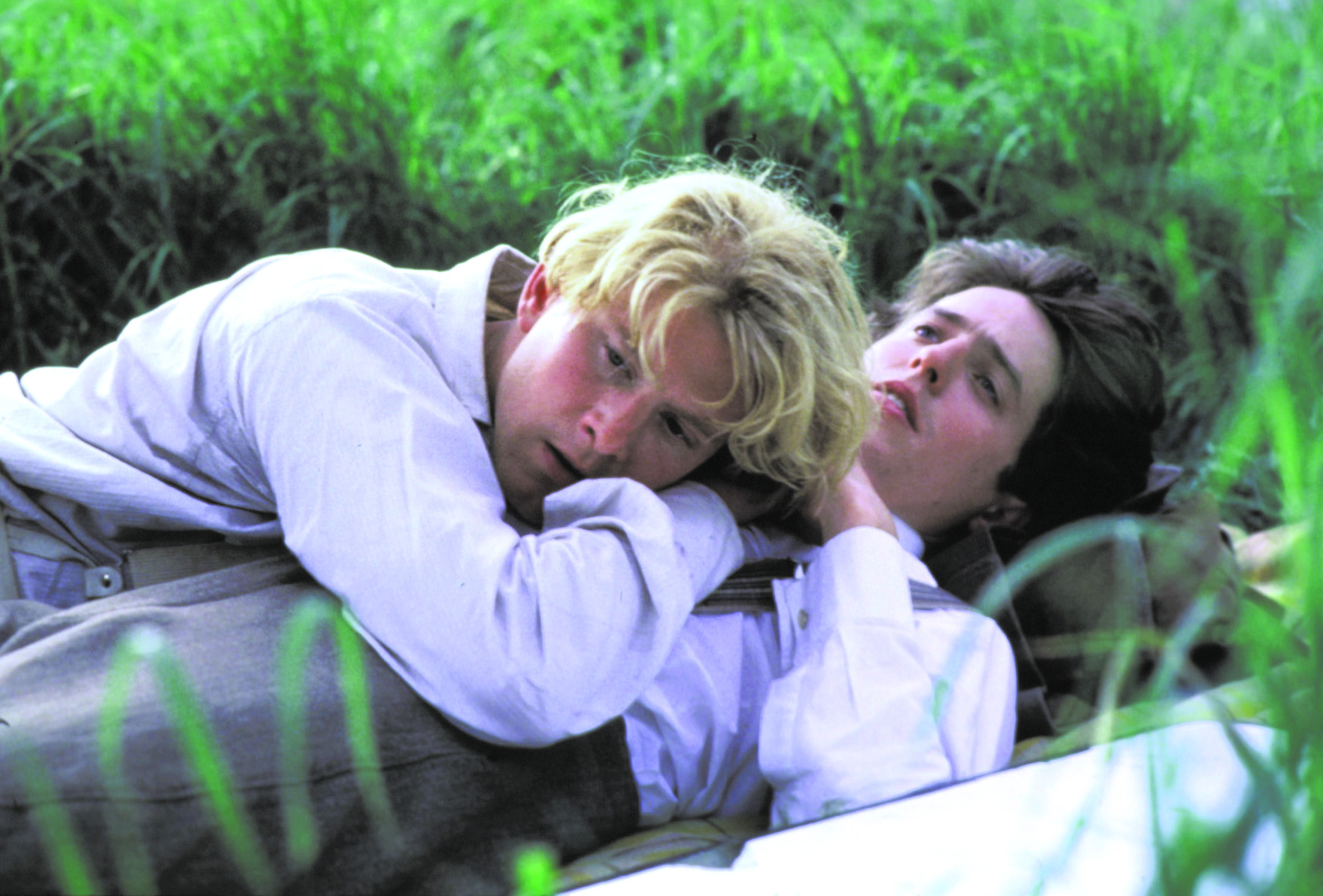 For so many gay kids growing up in the era before “Fire Island,” “Will and Grace,” and “Queer as Folk,” Rupert Brooke’s penis was a landmark of epic proportion.

I should specify: It was actually Rupert Brooke’s penis in the Merchant Ivory production of “A Room With a View,” – a film containing a scene in which a very naked, very young Brooke cavorts with a naked, less young Simon Callow in a stream – that was the event. The scene lasts only a minute or two, but its cultural influence was immense. Almost every gay boy has a personal relationship to it, and for so many, it was the first instance where the high culture of a beautiful, polished literary adaptation joined forces with full frontal nudity in a way that was joyous, uncontradictory, and completely natural.

Such was the gift of the Merchant Ivory films of the ‘80s. Producer Ismail Merchant and Director James Ivory teamed up in the ‘60s to create a production company that would focus on classical, richly visual adaptations of English literature, featuring the work of Henry James, writer Ruth Prawer Jhabvala, and – most heavily – E.M. Forster.

Merchant and Ivory were lovers from almost the moment of their meeting until Merchant’s death in 2005. Their professional and artistic partnership created some of the most exquisite literary adaptations on screen, and together, they found a way to make fully overt the undertones of works written by men like James and Forster who, while alive, wrote their truth, of necessity, from deep within the closet of Edwardian society.

The gayness of the Merchant Ivory films – including “A Room With A View,” “Howard’s End,” and the Bostonians – was an implicit selling point. And yet it took “Maurice,” in 1987, to bring a fully-developed, feature-length portrait of gay life onto the screen. The history of “Maurice” was legendary – E.M. Forster had written his one and only “out” gay novel in the ‘10s. It only saw publication in the ‘70s, well after his death. By 1987, Merchant and Ivory had brought to life the story of a high-class, long-suffering gay man (the titular Maurice, played by James Wilby) and his relationship with a lower class worker (Alec Scudder, played by Rupert Graves.)

This time, penises weren’t even remotely the most exciting part.

This year, on its 30th anniversary, “Maurice” will receive another big screen release just in time for Pride. A new 4K restoration by the Cohen Media Group will play in select cities starting in June. Folks in L.A. who want to catch it on the big screen can head to the Nuart Theater in Hollywood from June 2 to June 7.

“Remember that Maurice came out at a time of great tragedy and unhappiness, at the height of the AIDS epidemic.” James Ivory, who is still very much alive and thriving, told Westword when asked about the re-release. “There was no cure yet, and people were losing their lives, and their family and friends.”

As if we could possibly forget.

On the other side of things, there’s Quentin Crisp, a man who, for quite a long period of time, represented everything that the Gay Rights movement wanted to ignore: Flamboyance, open sexuality, and proud difference. In short, Crisp was being flamingly gay in an era when even being slightly, quietly gay was an open liability. During the ‘30s and ‘40s in England, Crisp led as close as he could get at the time to an openly gay life. His groundbreaking 1968 memoir “The Naked Civil Servant” chronicles the hilarity – and nail-biting terror – of this unique position.

In the 1975 adaptation of the book, Crisp is played by the late, great John Hurt with grace, beauty, and perfect comic timing. What could have been a grim story of violence, domestic abuse, and grueling back-to-back encounters with a homophobic justice system becomes, in the hands of Hurt and director Jack Gold, a story about triumph.

Filmed with intertitles and in the sped-up manner of a silent comedy, “The Naked Civil Servant” tells its story with a bouncy, tongue-in-cheek emphasis on the absurd. It never loses its spirit, and it never stops being enlightening.

The adaptation gets to the heart of Crisp’s entire life philosophy: If you truly believe in who you are, no one can beat you down.

The film just got a new theatrical and Blu-ray release in the UK this May. With any luck, we’ll be seeing a restored version soon enough stateside.